The new versions of Gogeta and Broly are on their way too!

After much speculation, Bandai Namco has finally confirmed that more DLC characters are coming to Dragon Ball FighterZ.

These characters will arrive via the FighterZ Pass 2, which will introduce six new fighters to the game.

Two of these fighters have been revealed and they are Universe 11 Pride Trooper Jiren and daughter of Hercule, Videl. Both characters were officially revealed via the trailer below.

Jiren (who has yet to make his proper debut in the English dub of Dragon Ball Super) fittingly looks like a brutal and extremely powerful heavy character; unleashing his signature techniques including Power Impact and Heatwave Magnetron.

Videl (whose appearance is based on her look from the 25th World Martial Arts Tournament) receives assistance from none other than the Great Saiyaman (!), who seems to appear via a mechanic similar to Captain Ginyu receiving support from the Ginyu Force.

But wait there’s more! Also confirmed to be in FighterZ Pass 2 are Broly (DBS) and Gogeta (SSGSS)-based on their appearances in the movie Dragon Ball Super: Broly. Gogeta and Broly are “coming soon,” with more details to be announced. 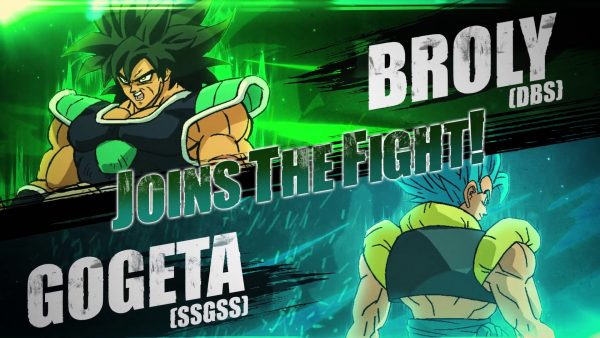 Jiren, Videl, and the FighterZ Pass 2 will be available on January 31. The Pass is $25, or characters can be purchased individually for $5.

Dragon Ball FighterZ is available for PlayStation 4, Xbox One, PC, and Nintendo Switch.