[dropcap size=small]I[/dropcap] think we can all agree that J.K. Rowling is magical. She’s given us a world filled with magic in her Harry Potter books, and her enchanting wordsmith ways have brought us endless amounts of additional charm on her wonderful Pottermore website.

But her magic doesn’t stop there.

As someone with a huge following on Twitter, Rowling’s words on the social media platform understandably carry weight. When the author spoke out against Donald Trump in a series of tweets, some long-time Potter fans took offence to Rowling’s remarks.

One fan even went to the extreme of expressing their outrage by claiming to have burned all their Harry Potter books.

Rowling wasn’t phased in the slightest, though. On the contrary, her response to the book-burning was truly a thing of beauty:

Guess it’s true what they say: you can lead a girl to books about the rise and fall of an autocrat, but you still can’t make her think. pic.twitter.com/oB7Aq6Xz8M

Rowling followed up the tweet by putting a focus on the positive messages she’d received over the negative:

I’d just like to thank everyone sending me lovely messages, which greatly outnumber the bad ones 😘 I’m now off to produce more kindling…

And just when I thought I couldn’t love her anymore, J.K.’s quip about going off to “produce more kindling” proves that her anti-Trump stance and her excellent sense of humour are unshakable. 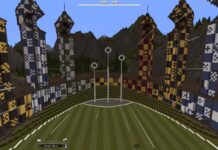