This might be the most hyped we have ever been for any movie ever.

Just now, Sony/Marvel Studios shared the full trailer for the upcoming No Way Home and just… wow. That is really all we can say about it. With a solid look at Willem Dafoe’s Green Goblin and Jamie Foxx’s Electro, this trailer is jam-packed with villains and excitement. 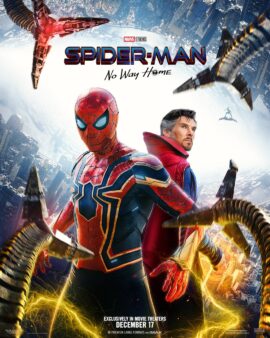 Regardless of how you feel about the trailer, the inevitable crossovers, and some of your beloved characters from other Spider-Man franchises reprising their roles, it is important to be mindful that there is a lot of pain and hardship that awaits these characters in No Way Home. Spider-Man actor Tom Holland himself stated that the movie is more or less, heart-breaking, in putting it lightly.

“What people will be really surprised about is that it’s not fun, this film. You’re going to see characters that you love go through things that you would never wish for them to go through.”

If Holland’s words are any indication, it seems more than just suggestive that someone or someones could be killed off. We have already considered the possibility that this could be Garfield or Maguire, though it is possible that Holland could be killed as well (but we certainly hope not). Then again, the trailer still leaves so much left to the imagination that we are absolutely beside ourselves in anticipation of the film’s release next month.

Spider-Man: No Way Home swings into theaters this December 17th.