Turns out that Tom Ellis is good at keeping a secret, unless you happened to miss tonight's Crisis episode.

If you haven’t been keeping up with CW’s Crisis on Infinite Earths event, then you probably don’t care or have been unable to watch it. If you happen to be the former, then you probably should stop reading and avoid social media altogether as Lucifer star Tom Ellis just posted about one of the most exciting cameos so far in tonight’s third entry in the five-part mini-series event. 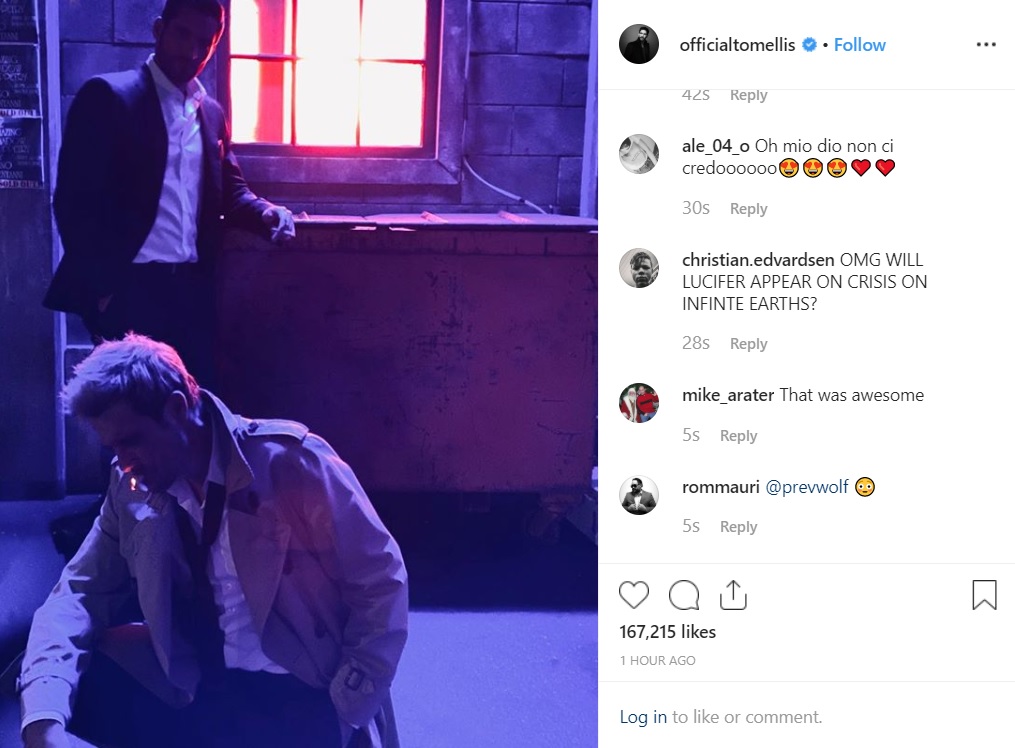 The Crisis is as bad as it sounds, and all sorts of universes under the DC Comic umbrella are getting destroyed or brought together. And, if you saw the first episode, you would know that the mainstream Arrowverse version of Oliver Queen sacrificed himself to save his friends. You know, as heroes do.

With the help of Constantine, Oliver’s friends desperately try to revive Arrow and bring him back from the dead. The only problem is, his soul is in purgatory and the Legends don’t really have an ideal way of getting there. So, in one of the more fun cameos within this mini-series, Constantine and company head over to Earth-666 to visit an old friend, Lucifer for help.

Originally on Fox, Lucifer, which starred the charming Tom Ellis, ended up moving over to Netflix where the show continued into its fourth season. Many fans were happy to see the show picked up, and were hoping that Lucifer would be connected to the larger Arrowverse or at least with Matt Ryan’s Constantine at some point in some way. Turns out that Crisis is a good way to do that.

As Constantine and his pals make their way to Luci’s nightclub Lux, they are greeted by the devil where it is revealed that Constantine has actually helped him out in the past and that Lucifer owes him a favor for a change.

Aware of the multiverse, Lucifer happily obliges his old friend and aids the heroes on their journey to get Oliver Queen back from the dead.

The Crisis event is turning out to be a massive success, and infinitely more fun than anything we have seen from any live-action media from DC Comics in the past (yes, including the DCEU). And if you haven’t managed to catch any of it yet, you certainly need to because otherwise, you will have a lot more spoiled for you before ya do.