Adventure Maker is taking level creation to a whole new level by giving players the opportunity to create an adventure RPG on the level of the Legend of Zelda.  I never imagined that anyone other than Nintendo would take on such an ambitious project.

A sample of a very detailed level created while playing Adventure Maker.

Based on my first impressions of the alpha build of Adventure Maker the game looks very promising.  While given an empty canvas I was pondering what on earth I should do with all the items at my disposal.  I was given indoor/outdoor designs, NPCS, power-ups, treasure chests, signs, enemies, environmental effects, and more! The game even gave me the ability to use layers to combine a variety of items to create more detailed settings for my adventurer named Runiya.  You can even use special motion features to control the movement of your enemies the way you want.  I had so much fun messing around with the features made available to me from the alpha build.

The feature that is going to generate a ton of hype for this game is the online sharing feature; which will be revealed around the time Dream Mix Games reaches the beta stage of the project.  The game will allow players to share their creations online with other people around the world!  The online share feature will lead to limitless replay-ability due to the creativity of the players.  The alpha build gives you plenty to get a clear picture as to what you can really do in Adventure Maker.  I can’t wait to see what the beta build will give us.

I reached out to Dream Mix Games to ask a few questions on their upcoming game, and Justin Sink as well as the rest of his development team were kind enough to provide some answers.

What are the possible number of items available in the game?

From 8 to infinite depending on if we work on the item creation for dev mode.

Will we be able to customize the main character?

Runiya is already mod-able, but there may be a character select.

Will there be a tutorial for Adventure Maker?

Will other online features be added to the game?

We are not 100 percent sure about that just yet, but we will have online sharing for adventures.

Is there a chance online sharing will be added to the beta build of Adventure Maker?

Further down the line, yes.

Will there be gameplay features other than creating levels?

Possibly, but I’m not able to say yet.

Could we see possible updates after the official launch of Adventure Maker?

What made you and the rest of the Dream Mix Games team take part in such an ambitious project?

People, including me, wanted a Zelda Maker.  So I made something similar.

When will Adventure Maker officially launch to the public?

I’m shooting for the end of next year.

Dream Mix Games really want to ensure Adventure Maker captures the eyes of video gamers who wanted to see Zelda Maker become a thing.  This is a very ambitious title; because there is a ton of work needed to be done to set the stage for something as big as level creation Zelda style.  The fact that the alpha build revealed a motion feature really makes me feel like Dream Mix Games wants you to be able to create levels that can resemble that of an actual game developer minus the neck breaking code development process.

To get an idea of what this game is like please check out the video below.  And if you want to get your hands on the current build available and updated builds; then click on the following link: Dream Mix Games Patron. 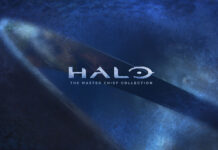 Halo: The Master Chief Collection Progress to Transfer From XBOX to PC