One of Sony’s most beloved duos are finally returning with a new game. During the PlayStation 5 The Future of Gaming reveal event today, Ratchet and Clank: Rift Apart was announced: a new game in the long running franchise from Insomniac Games.

In Rift Apart, the fabric of the universe seems to be unraveling as Ratchet and Clank hop through collapsing dimensions. Eventually the duo is separated in different dimensions (rifted apart) and Clank encounters a new yet somehow familiar face. 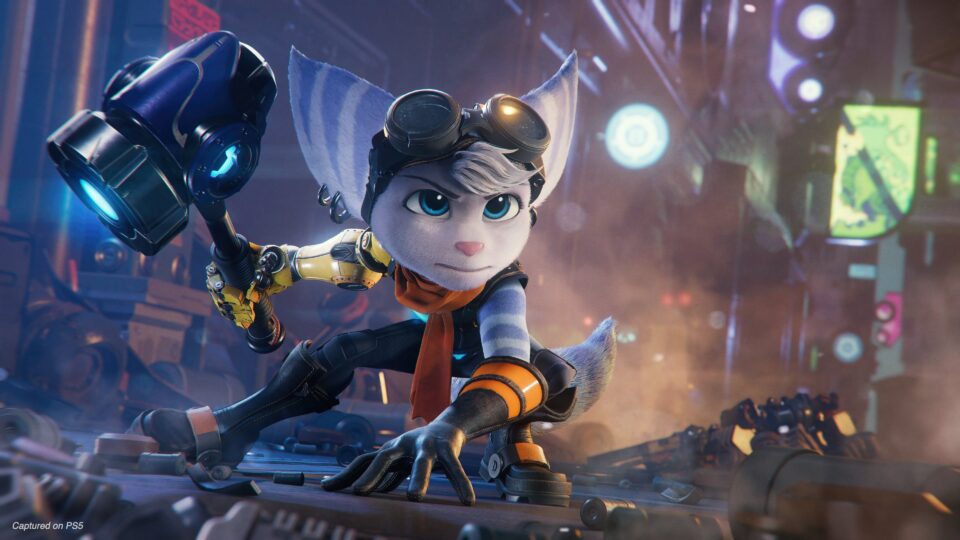 Is that a female Ratchet from another dimension?!?

This is the first Ratchet and Clank game since the 2016 eponymously-named semi-reboot of the series that coincided with the movie (remember that?).

The fate of the series was unknown for four years as Insomniac shifted development to Spider-Man for PS4, but it turns out they were also working on Rift Apart.

The game absolutely is a technical showcase of the power of the PS5, especially seen through the fidelity of leaping through different dimensions and the colorful environments the series is known for.

I love the Ratchet and Clank series and I am so happy the duo return as hopefully a launch title for the next generation of PlayStation.

Here is your PlayStation 5 Event Recap and Summary