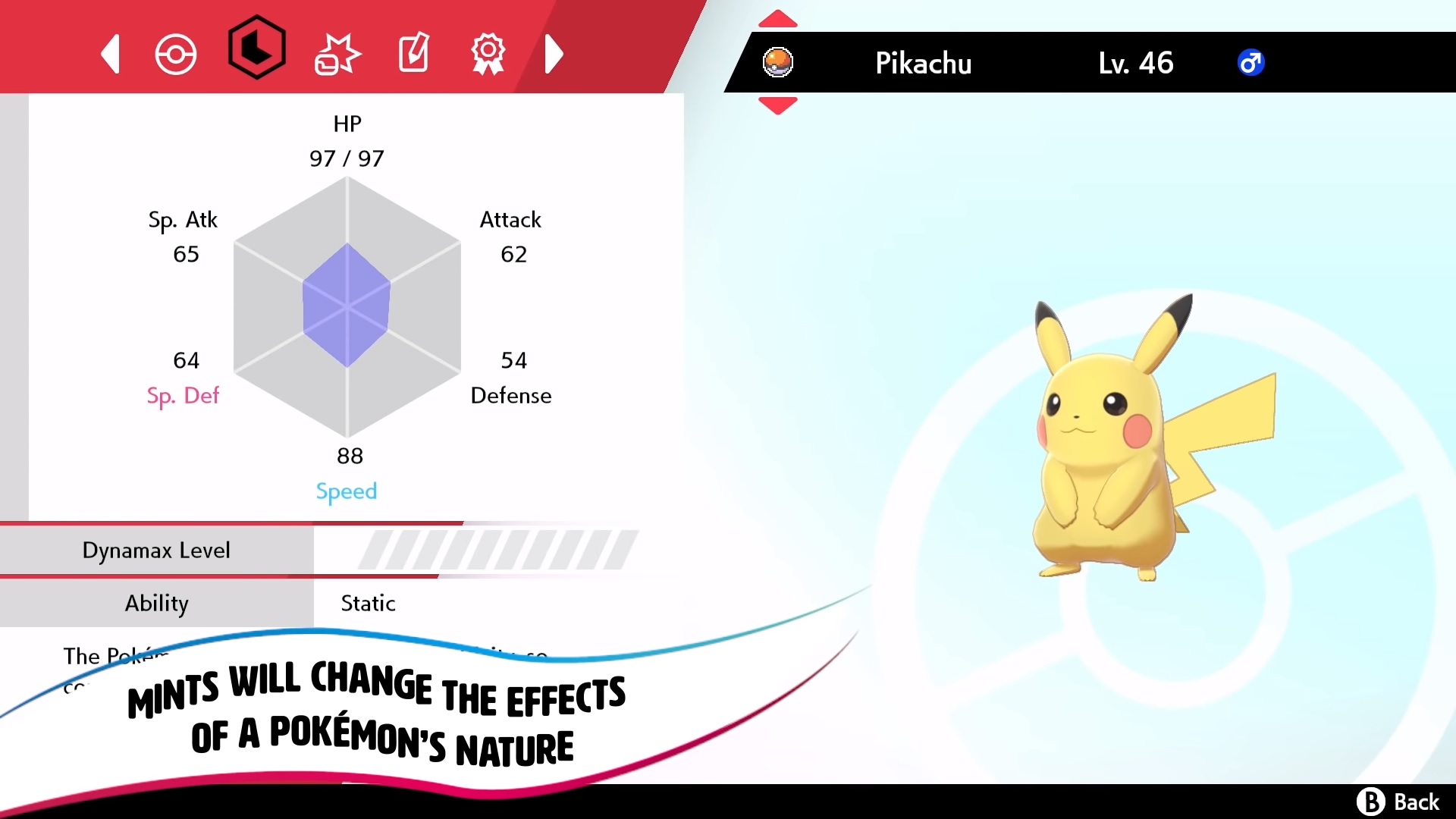 Anyone who has played Pokemon competitively knows just how grueling and time-consuming it is to create the perfect team. And if you are thinking that battling random players online or your friends with your favorite monsters is considered ‘competitive’, then you would be leagues out of your depth in terms of what competitive really consists of (#Gatekeeping).

We are talking about EVs (not the Pokemon), IVs, breeding, and grinding for hours against the same pokemon with the intent on building the perfect stat. These aspects of fighting make all the difference in the world and could determine the outcome of a major fight. Just to give you an example, it’s kind of like how when you fight an Ace Trainer with 3 level 50, fully evolved starters can destroy your team of legendaries, even if you are using their elemental opposites against them. It would be like if Ace Trainer Jack had 3 level 50 Charizard, and you came at him with 3 level 50 Blastoise, and your Hydro Pumps would barely scratch Ace’s Charizard army (Charizarmy?), and then Ace proceeded to wipe the floor with you without breaking a sweat. That is because Ace has Charizard that have idea Effort Values and Individual Values that are designed to withstand challenges like this. Only, you weren’t a challenge at all. To help you understand, here are some definitions:

Okay, now that we got those core elements out of the way, you may see what sort of grind you would need to put in, in order to get the Pokemon you want. There is a major strategy and lots of research that need to be invested into each of your Pokemon to get the most out of them for battling competitive, and the trailer for Sword and Shield that just dropped shows how some of these features are changing.

Mints and the Nature of Pokemon 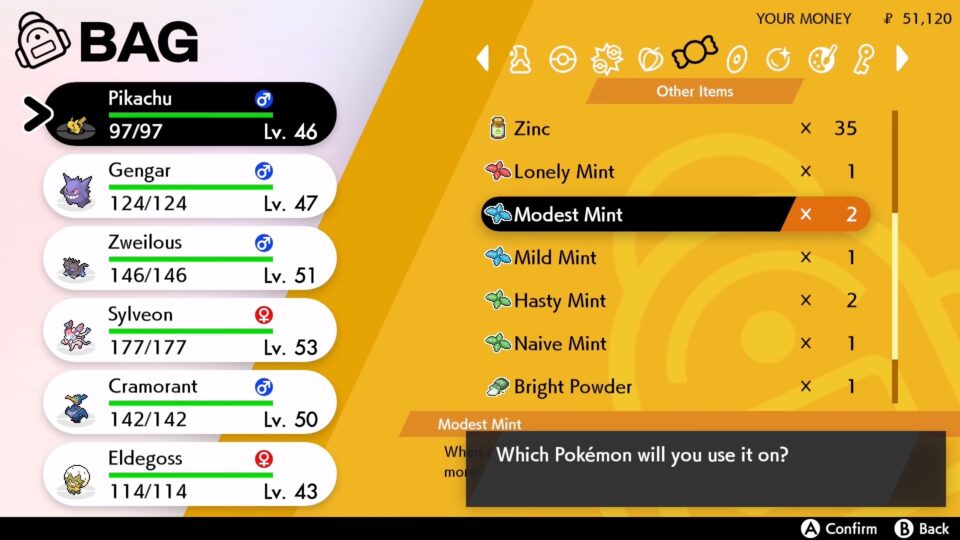 You may have noticed within the last recent handful of games that Pokemon have various natures attributed to them. These natures also impact their stats in a variety of ways, such as having a Modest nature where the Sp. Atk is boosted while the Atk takes a hit to the overall stat value.

Well, Game Freak has added a new item, called a ‘Mint’ that will alter a Pokemon’s nature, thus providing a specific nature to the Pokemon, fundamentally making it much, much easier to get the right nature on the right pokemon without having to worry about griding for the right one. From the video, we can see that many natures have a Mint, so it may end up that each and every nature will have a corresponding Mint to go along with it. The trailer shows how a Pikachu is effected by this particular Modest mint. 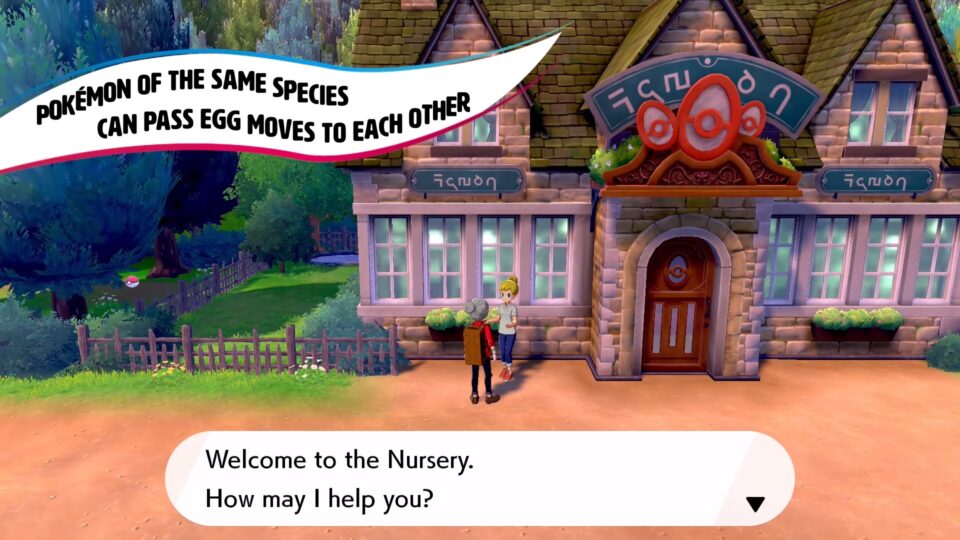 Paternal egg moves are also touched on, wherein previous games, a move that can only be learned by a Pokemon hatching an egg, could only pass on this special move if they were male. This means that a female Charmander that learned a unique move, would not be able to pass the move on through breeding, but a male Charmander could pass this move to say, a female Charmander that hatched from an egg (but that female could not pass it on). That too has now adjusted, showing that being male or female is irrelevant when passing on moves, as long as they are the same species (previously, most players would use a female Pokemon and a genderless ditto to breed).

Finally, another key feature in the video is the use of Exp. Candies, which appear to replace Rare Candies from earlier generations. Instead of growing a level by 1, as would be the use case for a Rare Candy, Exp Candy provides a bulk of experience points. The amount of experience depends on whether you use a Small, Medium, Large, or XL sized Exp Candy. This means that instead of 1 level growth, your Pokemon could grow multiple with one Exp Candy consumption.

Supplements are also back, but these have been around for quite some time. Get a handful of vitamins like Zinc or Iron and feed them to your Pokemon to give them a significant stat boost in whichever stat you choose.

Pokemon Sword and Shield will be hitting store shelves in just under two weeks. November 15th, to be exact, can’t get here soon enough. And when it does, you can bet that we will be grinding for the perfect Pokemon team. 1v1 us, we dare you.