Nerf is Making Halo Weapons Including the MA40 and Needler

Finally, we can relive our childhoods by blasting our friends with a collection of UNSC and Covenant guns.

Coming this fall from Hasbro, the Halo-themed weapons will set you back between $10-$50 depending on which you choose. On the more expensive end is the Master Chief’s iconic assault rifle, the MA40, which will run $50 while the other two weapons, the SPNKR and the Needler, will cost $10 each. Let’s take a look at these bad boys and see just what sort of firepower they are packing.

The MA40 fires 10 darts with limited motorized functionality and a clip mechanism that loads rounds into the chamber. A single trigger pull fires a single dart, so don’t expect any full-auto moves from the gun. The weapon requires four C batteries to operate and every weapon comes with a special unlock code for a unique MA40 color scheme in Halo: Infinite. 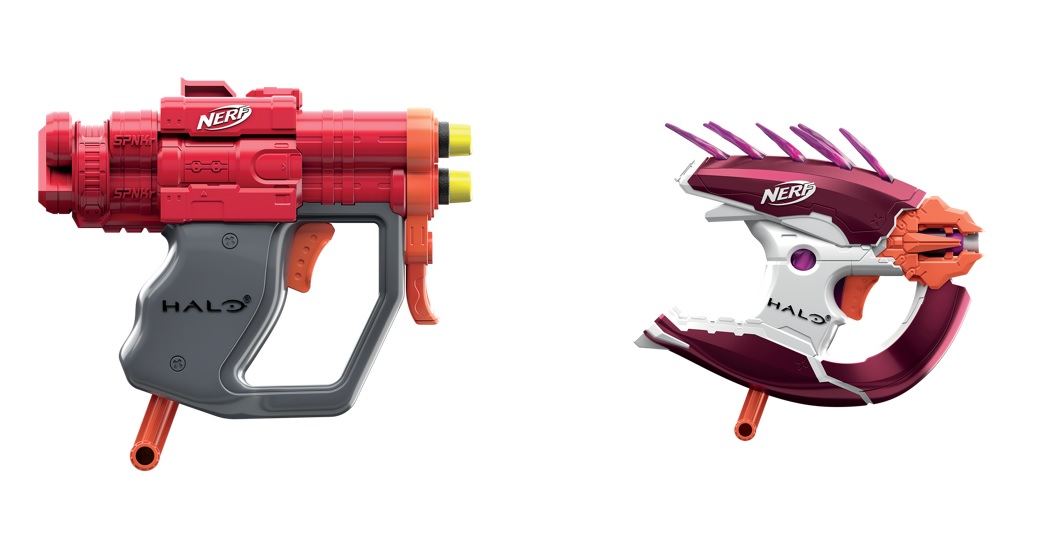 The SPNKR and Needer are a little less flashy with no motorized functions and will be a bit on the small side. Part of the ‘Microshots’ line of weapons, each gun also fires a single shot and neither take batteries to fully operate.

The Nerf Halo weapons will be available wherever toys are sold on October 1, leading into the holiday release window for Halo: Infinite which launches later this year.