Great idea! Who are they, again?

By the year’s end, we will have our first Star Wars anthology film, Rogue One. A couple of years later, we’ll have another spinoff movie, this time focusing on young Han Solo.

Assuming we’re getting a new Star Wars movie every year for the rest of eternity, what could another anthology film be about?

Well, The Force Awakens director J.J. Abrams has something in mind.

In an interview with Collider to promote the incoming Star Trek Beyond, the filmmaker revealed what he’d like to see be the focus of in a Star Wars anthology film.

“I gotta say Kathy Kennedy, who’s running it all, she seems to be pushing all the right buttons. There isn’t something that I’d love to see—I guess the one thing I would say is there’s a Knights of Ren story that I think would be pretty cool to tell.”

Knights of Ren! Awesome! For sure!

Yeah, we don’t know much about the Knights of Ren…yet.

Here’s what we do know: the Knights of Ren are an organization operating beneath the First Order and Supreme Leader Snoke. They are comprised of cloaked figures wielding strange weapons, and Kylo Ren (Ben Solo) is amongst their rank.

We see them very briefly in a rainy setting during the vision Rey has when she touches Anakin Skywalker’s lightsaber. It’s alluded that when Kylo decimates Luke’s new generation of Jedi, the Knights assisted him, and perhaps the aftermath is shown in this scene.

Although we know little about these Knights right now, it wouldn’t be a stretch to assume these mysterious warriors are explored in-depth in Episode VIII or IX. However, Abrams’ comments makes it seem as though this organization will always remain mysterious; unless given their own film. Or he’s just hyping them up. Classic J.J.

Anyway, let’s wait and see how the first anthology film pans out before we get hyped about more.

Rogue One: A Star Wars Story hits theaters on December 16. 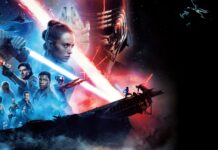 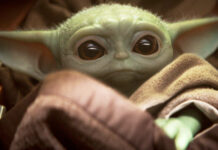