DAWN OF THE PLANET OF THE APES

Taking place 10 years after the events of Rise of the Planet of the Apes, this new installment in the series sees Caesar leading a growing population of genetically evolved apes in the fight against humans. I think we all know how that fight pans out in the long run, but we’ll still watch anyway.

SIN CITY: A DAME TO KILL FOR

Robert Rodriguez and Frank Miller finally bring us the follow-up to 2005’s Sin City. Based primarily on the second book in Frank Miller’s Sin City graphic novel series, A Dame To Kill For features a ridiculously large and talented ensemble cast, and that stylized black and white look that we all loved about the first film. The acting should be nothing but excellent, and the action seems to be exactly what we would expect from Rodriguez and Miller.

DUMB AND DUMBER TO

It’s 20 years later, Harry and Lloyd still look and act the exact same, and we couldn’t be happier. Jim Carrey and Jeff Daniels reprise their roles from the 1994 cult classic Dumb and Dumber in this new adventure that takes the dumb duo on the search for Harry’s long lost daughter. Knowing the Farrelly brother’s solid track record, and how much the original means to them, my expectations for this one are set pretty high. 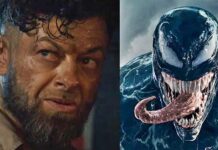 The Last Jedi, Here is Our Spoiler-Free Review