The octopus is out of the bag.

Spider-Man: No Way Home is the third core movie in the MCU that specifically focuses on Tom Holland’s Peter Parker. The upcoming movie has fans foaming at the mouth (or maybe that’s just me) at the prospect that we will be seeing crossovers with multiple Spider-Men from past films, such as Tobey Maguire and Andrew Garfield.

While we have not been able to confirm this will be the case, we have enough evidence to believe it to be true since we are most certainly having the MCU connecting with Raimi’s original Spidey trilogy with Otto Octavius, first played by Alfred Molina, who reprises his role in this next installment of the MCU Spider-Man. Note that I am saying “role” and not “character”, the latter of which could easily translate into an alternate version if one were to feel so inclined to bend the meaning. To reiterate, it seems that Alfred Molina confirmed that he is indeed playing the same version of Doc Ock as seen in Spider-Man 2 and not a different version from another part of the MCU or Multiverse.

“When we were shooting it, we were all under orders not to talk about it, because it was supposed to be some great big secret. But, you know, it’s all over the internet. I actually described myself as the worst kept secret in Hollywood!” 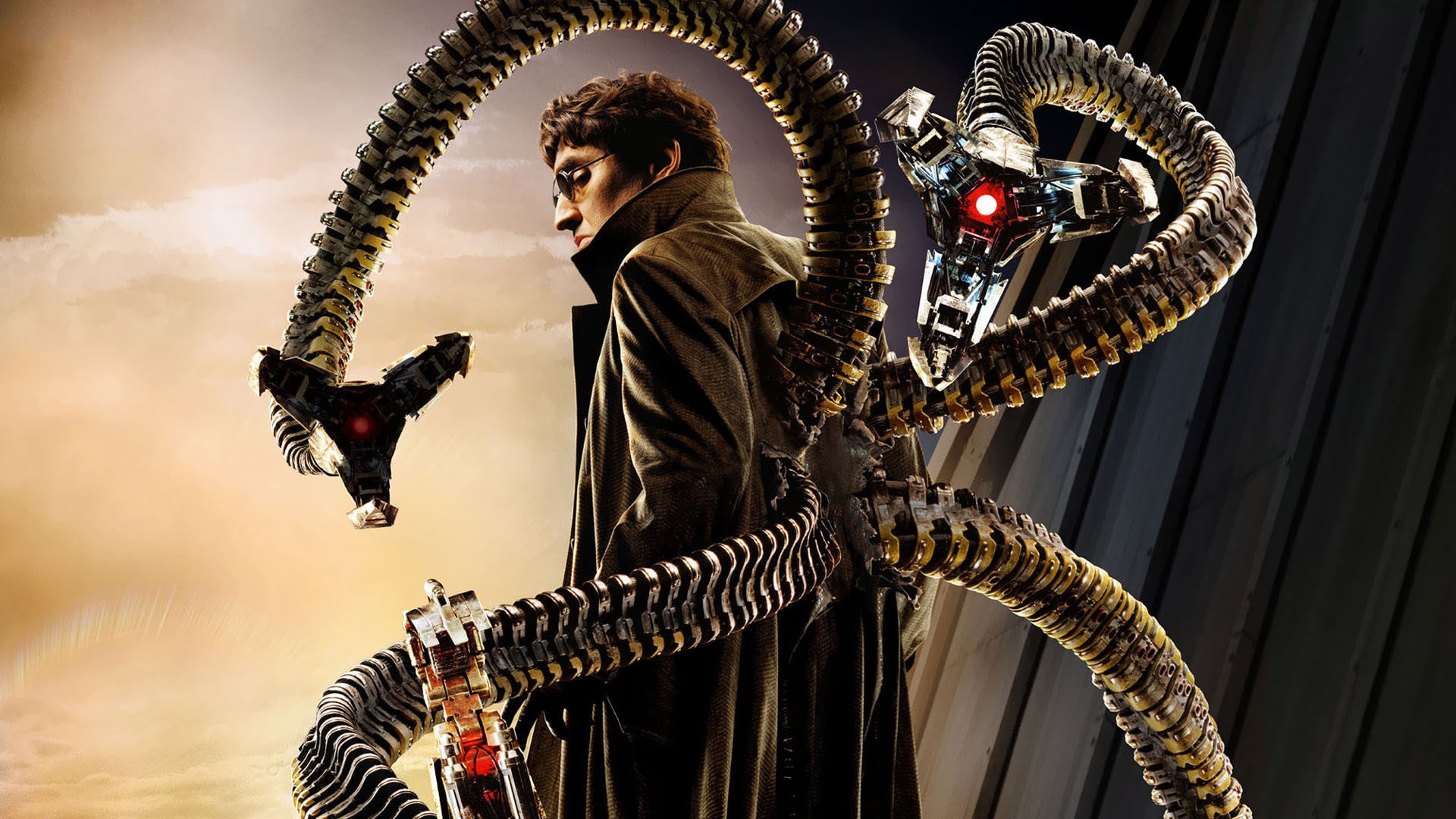 As you can see from the above quote, it was obviously meant to be kept under wraps until either getting closer to the release or perhaps until audiences were in the theater. Either way, the octopus is out of the bag (my new favorite expression) and Molina has shared more details about the role that certainly, practically, confirm that it is the same version as in Spider-Man 2. Want more evidence? How about any of the following quotes where Molina said:

“It was very interesting going back after 17 years to play the same role, given that in the intervening years, I now have two chins, a wattle, crow’s feet, and a slightly dodgy lower back.”

If that wasn’t enough, Molina then asked director Jon Watts how it was possible to bring his character back since he apparently died in SM2 and Watts told him “In this universe, no one really dies.”

Why would they frame their conversation like that if it was a completely different version of Octavius other than the one from the original Raimi trilogy? But okay, you want more. Ignoring the fact that we never actually see Otto Octavius die, just slowly descend into the water and is presumed dead, here is the best form of evidence and concrete proof that it is the same Raimiverse version of Otto:

According to Molina, Watts told him that the movie is going to continue from “that moment” that Doc Ock fell into the river. How? We don’t know. Time Travel? Doctor Strange’s portals? Tears in the timeline? Residual effects leftover by the Infinity Stones? No clue. We just know that it’s happening with the same Doctor Octopus.

Now for a bit of icing on the cake- Molina first and last played the role of Otto back in 2004. Carry the one, subtract the 6, and that is 17 years since he played the villain and now at age 67, it is going to be kind of hard to convince audiences that he hasn’t aged considering that his role picks up moments after his dip in the water toward the end of SM2.

Director Jon Watts then turned to Molina and referenced how Sam Jackson and Downey Jr. were de-aged within the MCU previously in films like Civil War and Captain Marvel. Molina then apparently added that The Irishman, a film by Scorsese, used de-aging tech on the likes of Robert DeNiro. Still not enough? Not sure what else there is to tell ya as he pretty much spilled it all out in big, bold letters in the interview.

Truth be told, this news is a little dated as it was first discussed with Variety back in April. But after doing some digging about the upcoming No Way Home movie, I found his quotes to be far more intriguing in the form of evidence of what we all suspect will take place in this movie- Tom Holland will definitely meet Maguire’s Peter and almost assuredly Garfield’s Parker as well (more about that in a moment).

So why do we think that we will see Maguire and Garfield? Well, considering that Maguire took on Molina’s Octavius, it would be safe to assume that Jamie Foxx’s character from The Amazing Spider-Man 2, Max Dillon aka Electro, which is also set to return, all but confirms that his character too will be the same one and not a different version (though we have had our reservations in the past about the possibility). This means that somehow, in some way, rips in space-time will save these villains from death in order to bring them into the MCU, which creates the likelihood that their universe’s respective Spider-Men will crossover as well to help Holland’s wall-crawler deal with such an Avengers-level threat.

Look, I get it. Either you have already put this sort of thing together on your own or the rumors are just so widely accepted as fact now that perhaps this isn’t newsworthy to you at all. But if you are reading this, we doubt that is the case. The truth is, I have never been more excited about a movie in my life and it will be an absolutely breathtaking experience to see the Multiverse and how it will shape the future of the MCU. As I personally believe this will be somehow influential in bringing in the likes of the X-Men and many other entities, heroes, villains, and characters into the Marvel Cinematic Universe for years to come.

Please, god, let there be a Ryan Reynolds/Deadpool and Tom Holland/Spider-Man buddy film in the future before I die. That is all I want.

Spider-Man: No Way Home swings into theaters this December 17th. Now just where in the hell is that damn trailer?!