‘Ms. Marvel’ Season 1 is a Delightful Introduction to a Young New Hero and Her Journey – Our Review

We are probably going to use the word "delightful" a lot when talking about Ms. Marvel.

Since last year, we have been heavily invested in Marvel Studios’ plans for the MCU’s Phase Four, which kicked off with Black Widow, Shang-Chi, the Eternals, and of course, No Way Home to round up 2021. With 2022 more than halfway done, we have already gotten Multiverse of Madness and Love and Thunder, and will see Wakanda Forever, Quantumania, and Guardians of the Galaxy Vol. 3 by this year’s end. Then, of course, we have, by extension, a handful of Disney+ exclusive shows that were, like a few of the films so far, rather hit or miss for us. Fortunately, the latest show, Ms. Marvel, is an absolute joyful delight with all the fun and flair, and a fantastic leading lady in Iman Vellani.

Not without its faults, Ms. Marvel’s first season definitely felt like it should have been longer at some points with more character build-up and better plot point explanations. The introduction of the Red Daggers, for instance, did not do much for us nor did it really seem all that significant plot-wise. The characters we are introduced to are very forcefully pushed into the plot before they are quickly stripped away with the expectation that we, the viewers, would be emotionally moved. Sadly, when it happened, we couldn’t care less and wondered why they bothered in the first place.

The antagonists of the first season, the Clandestines, also felt really out of place for us, especially when their true motives were revealed in Episode 3 “Destined”. It is within this episode that the Clandestines leader, Najma, explains to Kamala who they are and what makes Kamala special. Their entire interaction seemed friendly with warmth and brevity and no sinister undertones that could have been noticed. After Najma’s exposition, which included asking Kamala for her help in returning to their home dimension of Noor by using Kamala’s magical bangle, she bade Kamala farewell and all seemed fine. Then, at Kamala’s brother’s wedding, Najma and the other Clandestines attack for seemingly no reason at all and attempt to kill Kamala and take the bangle, despite the fact that Kamala would have probably offered to help without resistance. Like, what?

This episode really threw me for a loop, especially since there was no motivation for Najma or the others to attack. It’s not like they were running out of time or needed Kamala to do something she had refused. Najma asked Kamala for her help, Kamala said she needed to think about it but probably would have helped, Najma let her go, and then decided to attack her out of the blue for literally no reason whatsoever almost immediately after in a massive gathering of innocent people. At Kamala’s brother’s weddings of all moments, despite many opportunities to nab Kamala and or her bangle quickly and quietly before or after the ceremony and festivities with no witnesses. Why would she choose to do that? Why introduce herself and the Clandestines to Kamala in the first place under the guise of peace and friendship if they were planning on killing her and taking the bangle? Why not just do that in the first place when she was already in their presence with no way to escape? But if that wouldn’t work out, why couldn’t Najma wait until Kamala was alone and vulnerable to attack instead of risking widespread exposure to civilian witnesses? None of it made any sense at all and that poor writing and directing really hurt our view of the villains here. 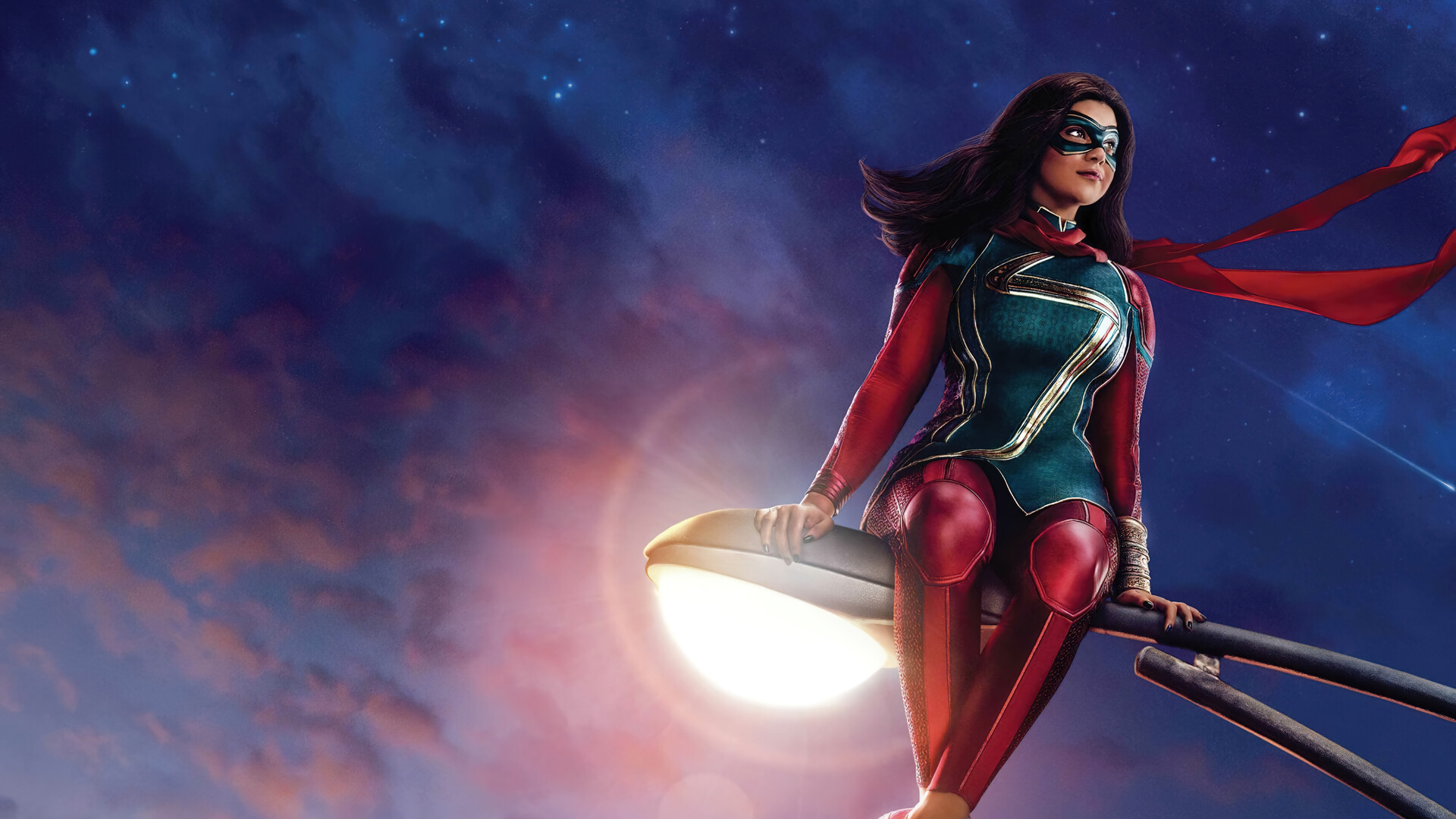 Despite Episode 3 being a sloppy mess, Episode 4 “Seeing Red” was equally all over the place with lousy directly and poor writing. Najma’s motivations seemed nonexistent and the overacting from Nimra Bucha (Najma) and the other Clandestines were an endless bother. You see, when a villain acts like they are evil, it can be a hard sell. Most of the time, villains don’t see themselves as villains and believe that they have a justified motive for what they are doing or trying to accomplish. But for some reason, the Clandestines walk around with an obvious bad-guy-attitude while showing it on their face with intent. You know what I’m trying to say here? It all just felt forced here.

Other than the poor writing and direction in these two episodes, the rest of the show was, you guessed it, delightful.

Vellani carries the show, not just because she is the titular character, but because she nails her performance each and every time she is on the screen. Somehow, you can sort of just tell when something is meant to be and Iman Vellani portraying Kamala Khan is one of those things. Plus, knowing that the actress is a super-fan off-screen makes her performance all the more charming and believable.

The rest of the cast, namely Matt Lintz (Bruno), and all the members of Kamala’s family really made you feel all warm and fuzzy through their characters’ relationships, especially the struggles that we can go through and relate to with friends and family. Speaking of which, the delivery of Kamala’s Pakistani culture felt so genuine and cohesive that we feel especially obligated to recognize the writing here.

Beyond the performances of the cast, the visuals were mostly… we won’t say it… fairly stellar across the board. Sure, you could tell that Ms. Marvel’s first season had only a fraction of the budget of one of its big-screen MCU counterparts, but the show’s first season did fairly well with what it had to work with. Of course, I feel I must acknowledge that we might be in the minority here as there has been a lot of chatter online from those who feel differently. A lot of that talk likely has to do with the way Kamala’s powers are presented as she doesn’t really line up with her comicbook counterpart. It’s hard to say why at this point Marvel Studios decided to make Kamala’s powers all glowy and crystal-like rather than stretchy but we have heard that her comicbook abilities are too similar to Reed Richards and felt they needed to be different. We also heard that the stretchy arms and stuff would have looked pretty crappy given the show’s budget, which makes sense since the upcoming MCU Fantastic Four film will showcase the same powers with Reed but in greater detail. 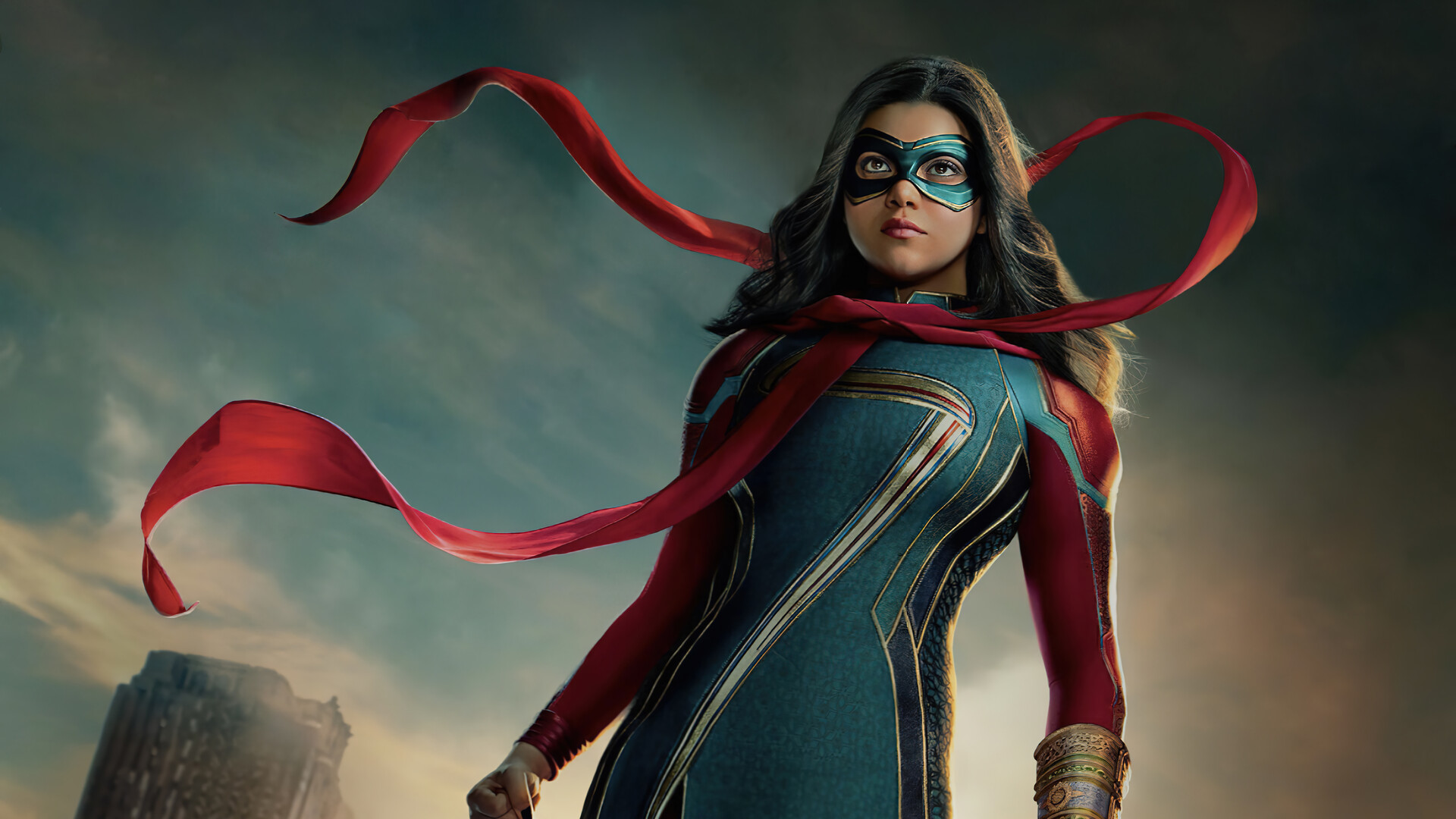 With only six episodes, we definitely felt that there were opportunities for areas of improvement, namely in more episodes and character growth, especially with the Clandestines and the Red Daggers, two groups that were briefly introduced before the fighting began with very few believable performances. It was just so easy to not care about any of them in the end and that isn’t how the audience should feel when the story wraps up. Everything else seemed to fit in place, like the show’s tone.

Considering that Kamala is about sixteen years old in the show, there was a little bit of that sort of coming-of-age tone energy emanating from the trailers and throughout the show. This didn’t bother us but likely turned off many potential viewers due to the character’s age. Of course, others had a different sentiment in mind about why Ms. Marvel’s viewership numbers were so low, and perhaps they are right. However, we feel like there is more of a simple explanation here- a lot of people have never heard of her.

Ms. Marvel, namely Kamala Khan, is a rather new character having just made her comicbook debut in 2013. Ms. Marvel may be a character that has been around for decades but this iteration is still under ten years old since her first appearance. Because of that, and the character’s age, it would be a more difficult sell than say, a teenage Spider-Man that is recognizable the world over.

Perhaps one of the most intriguing bits from Ms. Marvel was among the final ten or so minutes of the season finale where Bruno reveals to Kamala that her genetic makeup has a curious mutation that allows her to harness the powers of the bangle. While this may not be a gasp-out-loud moment for some, others are wondering if the character’s mutation is alluding to being an actual Mutant (you know, like the X-Men). We won’t know more until probably the upcoming Captain Marvel sequel, The Marvels. Still, this bit leaves many questions about the direction the show wants to take, and the greater MCU Phase Four as a whole. 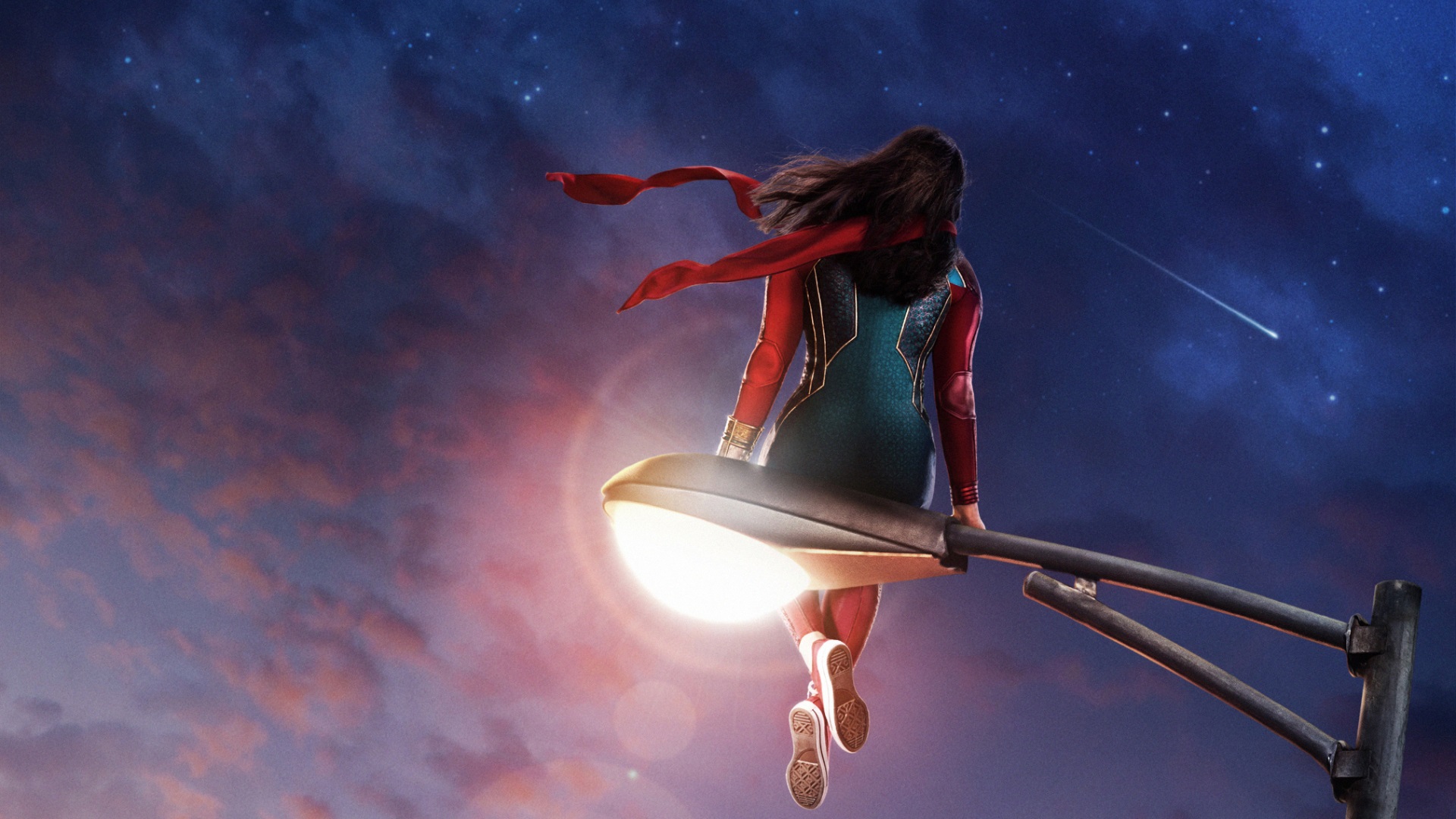 Unfortunately, after six episodes with Kamala, we can’t help but notice that after all we have seen so far with the current Phase, everything feels rather aimless and without a bigger purpose. Perhaps there isn’t one presently or maybe we just aren’t seeing the big picture just yet. Either way, we are doing our best not to succumb to superhero fatigue while we wait for something special to eventually reveal itself and perhaps Ms. Marvel holds the keys to that castle, so to speak. If she does indeed become classified as a “Mutant”, especially since her Inhuman origin was reworked for the MCU, then maybe we are starting to see what the future holds for the X-Men franchise.

At the time of this writing, Ms. Marvel holds a 98% rating on Rotten Tomatoes from critics and an 82% from the audience. Despite some initial “review-bombing” from some incel losers and creeps, we probably align ourselves somewhere in the middle of the road between critics and genuine audience scores.

Given Disney’s and Marvel Studios’ current plans for Phase 4, we were happy to see that Kamala Khan, aka Ms. Marvel, got a well-crafted season that made us very excited about leading lady, Iman Vellani’s career in the future of the Marvel Cinematic Universe, and beyond. Not without its faults, however, Ms. Marvel’s truly delightful first season is, among a sea of lackluster Marvel shows, one that you should definitely not skip.

Full Schedule
<p style="text-align: justify;">Given Disney's and Marvel Studios' current plans for Phase 4, we were happy to see that Kamala Khan, aka Ms. Marvel, got a well-crafted season that made us very excited about leading lady, Iman Vellani's career in the future of the Marvel Cinematic Universe, and beyond. Not without its faults, however, Ms. Marvel's truly delightful first season is, among a sea of lackluster Marvel shows, one that you should definitely not skip.</p>'Ms. Marvel' Season 1 is a Delightful Introduction to a Young New Hero and Her Journey - Our Review