This year has been the year of fighting games with the hype of Tekken 7, Injustice 2, big Street Fighter V updates, and rise of an official Dragon Ball fighting game.  However, Marvel Vs. Capcom Infinite has been struggling to get some momentum due to a number of issues that involve graphical design and the lack of big returning characters.  It seems as though the biggest turn off of the two problems had more to do with the character roster.  Many fans of MVC 3 are hoping to see more iconic Capcom and Marvel characters.  Fans are disappointed that Capcom seem to be focusing more on advertising characters correlated with upcoming big films and character functions instead of the history behind the characters.  For instance, Guardians of the Galaxy characters came out of nowhere and we got no information about the return of X-Men and other legendary Capcom characters.

Maximilian, the ultimate youtube fighting game machine, mentioned a very important fact.  He stated that fans play characters for more than the characters’ functionality; but for what they like about the character.  Capcom has finally revealed some returning characters that will definitely help MVC Infinite get a boost in morale.  Frank West, Nemesis, Haggar, and Spider-Man will be returning to the fighting game sequel.   Frank returns with his extremely dangerous level up system; which grants him more powerful attack combinations.  Nemesis still goes in with a variety of tentacle and rocket launcher attacks.  Plus it looks like there are some cool new additions to the characters as well.  Haggar can use barrels to shield him from an attack and use them as a projectile.  And Spider-Man has a dope new level 3 super that involves his spider sense.

MVC Infinite has potential despite the issues mentioned.  There is hype among Mega Man fans due to the fact that Mega Man X and Zero will be able to finally be used together as an official team.  And to add to this is the new combat system; which involves active switching. Active switching allows you to do crazy stuff such as launch a super switch to another character in order to continue a combo or plan a set up as the character you switched with is still attacking.  Please check out the reveal trailer below to see what Capcom is up to for MVC Infinite. 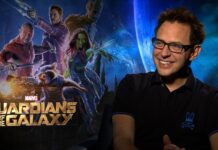 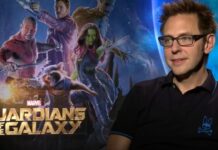 Guardians of the Galaxy Director James Gunn Fired by Disney Over Years Old Tweets, Cast Stands in His Support