Destiny is a series with endless potential- something that Bungie has yet to find a way to deliver. However, one thing that Destiny always has going for it is the amazing scenery and skyboxes throughout its history over the last five or six years.

Recently, I was doing a little digging into the incredible concept art for Destiny where I came across Dorje Bellbrook’s Artstation page which is filled with breathtaking concepts for Destiny. Among them, the ‘Buried Giant’.

The art was posted 4 years ago, so it was during Destiny 1’s lifetime. There may be a future for this concept somewhere in a sequel or upcoming season but it is hard to tell at this point. The Lore of Destiny is vast and constantly growing. It would not surprise us if giants were a thing in there somewhere. In fact, we are sure they are.

I personally share a love/hate relationship with Destiny and Bungie. Their management of the franchise is poor, to say the least. But the potential is there and it sure looks beautiful. We hope someday that the worlds we visit and the universe at large within Destiny feel more like a living, breathing world. Until then, it will look pretty but feel vapid, shallow, and somewhat hollow as a mindless shooter with reskinned loot to earn.

Feels like such a shame that so many talented artists are developing so many great things for a developer/publisher that doesn’t really know how to treat their brilliant concept. 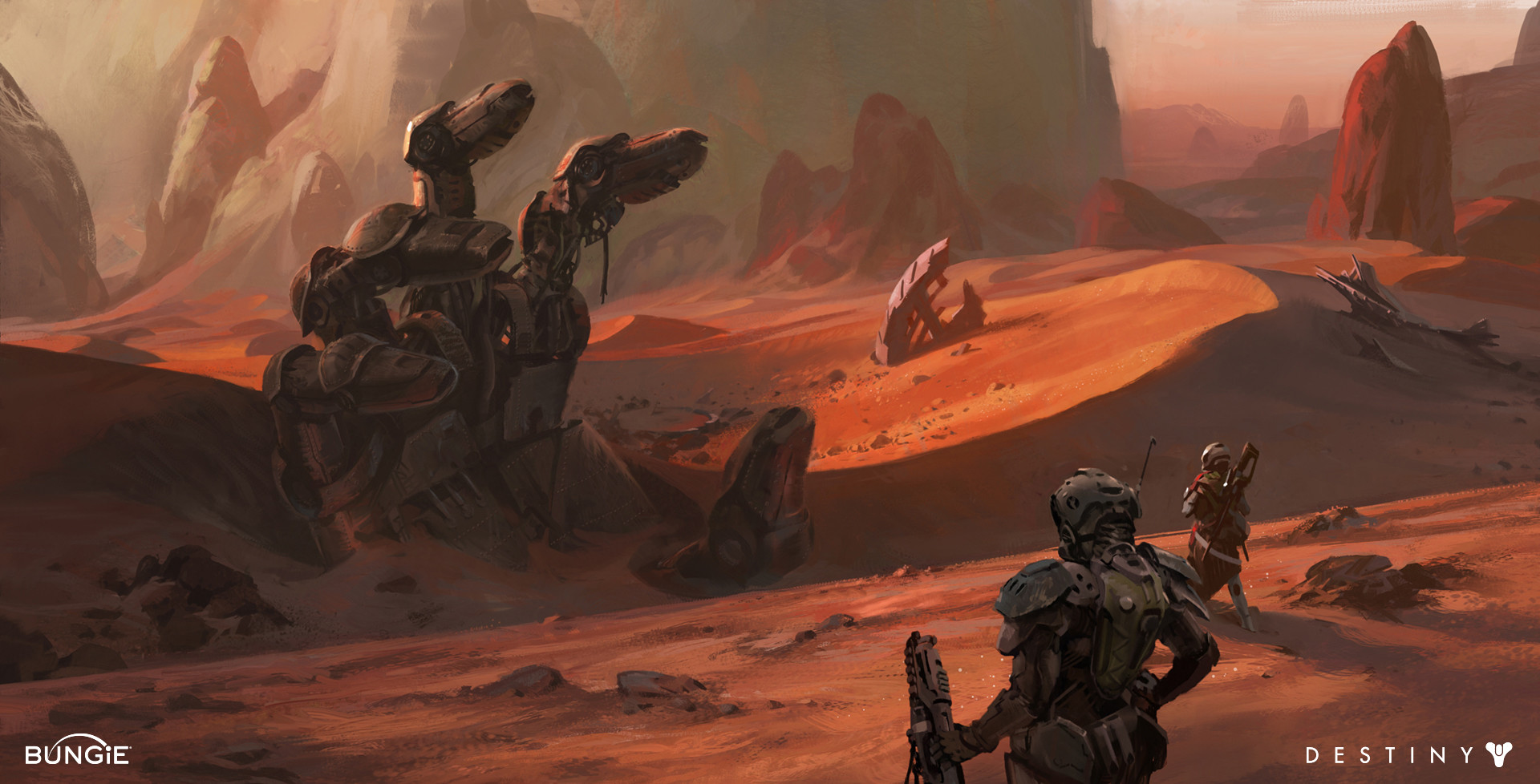