CW's Crisis on Infinite Earths event has concluded and that leaves us with an incredible web of connections from every conceivable DC universe.

In case you missed it, the spoilers are on you. Ya know, since the crossover referenced took place in Part IV and last night, Part V of CW’s Crisis on Infinite Earths wrapped up. So, you have no one to blame but yourself if you’ve missed any of the big reveals, such as this one.

How about that? Ezra is one of a kind. So glad we could make this happen and keep it a secret until today. Thank you to @dccomics.

So, how did both of these Flashs meet? Well, during Part IV, Grant Gustin’s Barry Allen enters the Speed Force as a means of finding a solution to their Anti-Matter problem. During this time, Gustin’s Flash meets up with Ezra Miller’s Flash at S.T.A.R. Laboratories. Miller’s version is confused as to what exactly is going on, seemingly unaware of the larger Crisis event taking place. Additionally, Ezra Miller’s version of the character seems to be surprised by the name “The Flash”, meaning his film version of the character hasn’t received his signature name just yet.

After the two complement each other’s outfits, Ezra Miller’s Flash doesn’t seem too aware of all that the Speed Force can do, and not to mention completely unaware of the larger Multiverse. Before disappearing, Miller’s version mentions an interesting comment “I told Victor this was possible”, likely referencing Victor Stone (Cyborg), who is said to be joining Miller’s Flash in his own solo movie as sort of a buddy team-up. Take a look at the full clip below for more context:

The one thing that has still left me confused by their meeting, is whether or not Ezra Miller’s Flash is facing the threat or if he just happens to be in the Speed Force in some past memory when he meets Grant Gustin’s version. Still, this is a pretty awesome move by Warner Bros, DC, and The CW.

Crisis on Infinite Earths was a massive televised achievement with many incredible cameos. However, this might just be the best one, considering all the flack that Warner Bros and DC received over the years from Arrowverse cast members regarding snubbing them from continuing their roles on the big screen. Arrow’s own Stephen Amell has been the most vocal about how Grant Gustin deserved to carry on as the character in the DCEU films, but clearly that didn’t happen. But now that we have seen that these two universes are linked, it sort of makes it all a-okay and gives Gustin the legitimacy many felt was taken from him while Zack Snyder’s movies hit theaters.

In a manner that speaks volumes about how they can co-exist, this crossover is the most significant in the point that it is trying to make to fans. No matter who you like as an actor, no matter what version of the character you love most, they can all exist and none can take away from another. They can happily continue on in their own realities, dimensions, universes, what have you, and it doesn’t tarnish your most cherished variation of that character, franchise, or show. 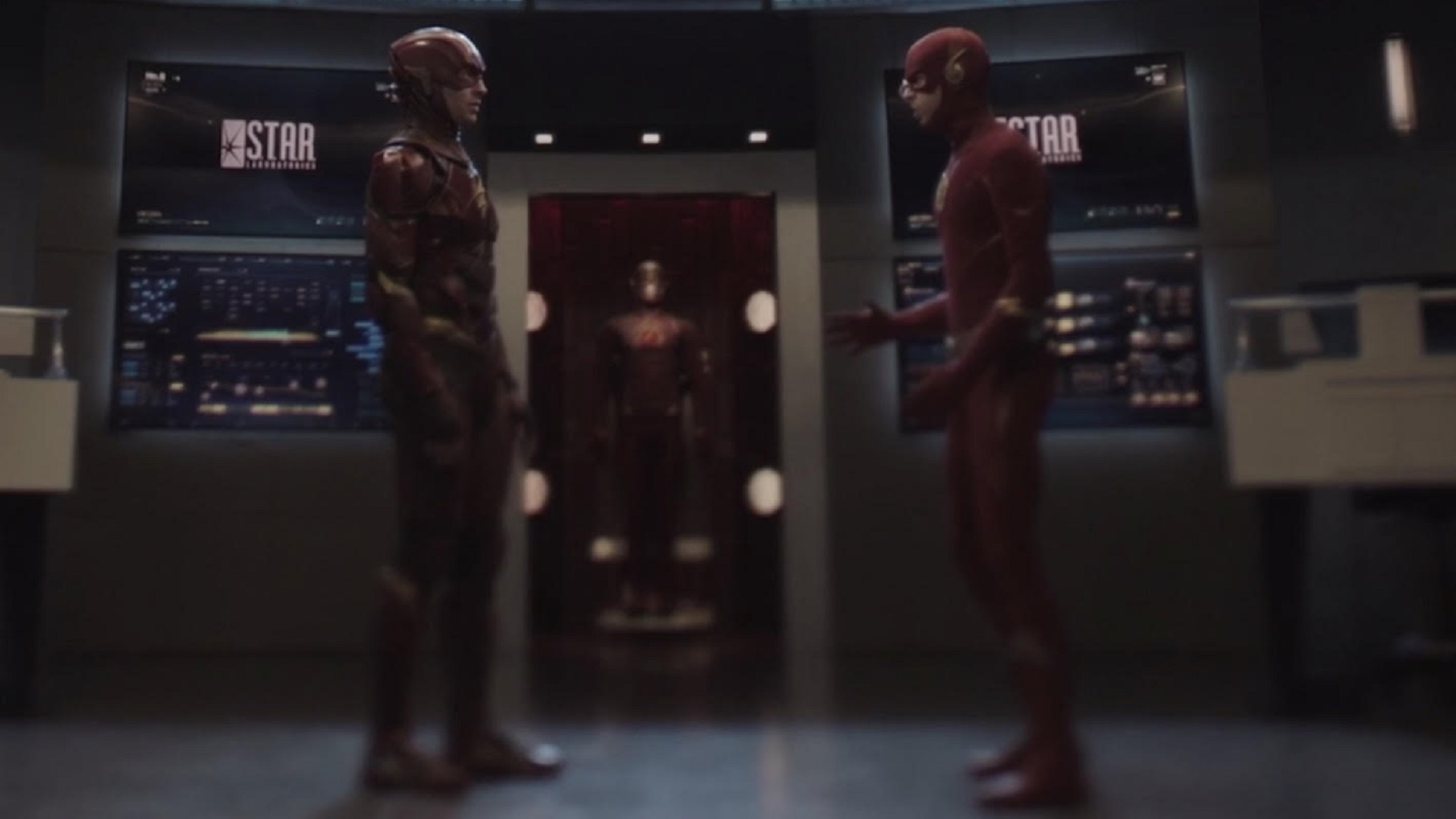 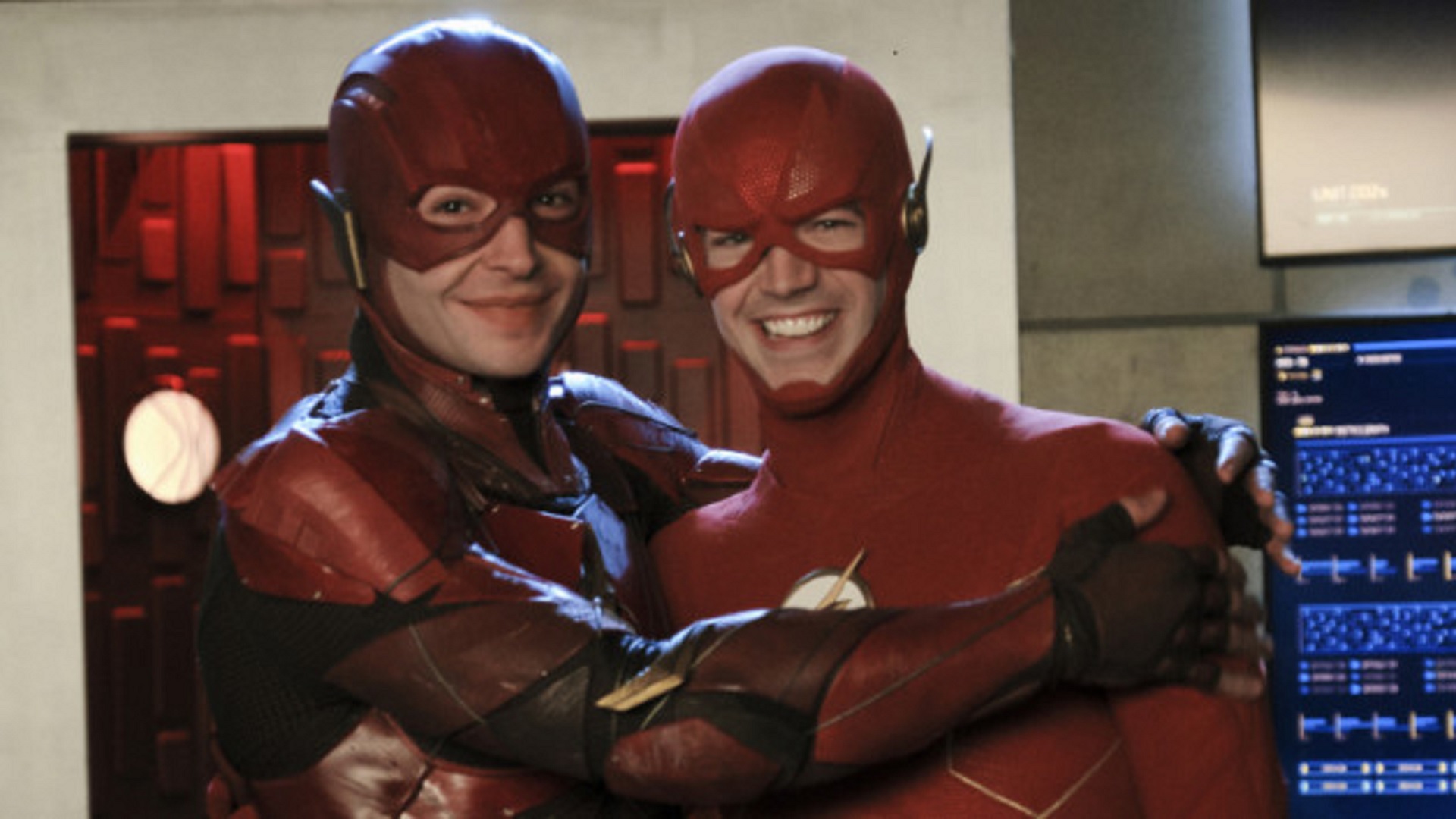 If you happened to have missed any part of the Crisis event or any recent episodes from the Arrowverse, you can stream all for free (with ads) online or on the official CW app for your smart device.

Check Out the Official Main Trailer for Wonder Woman 1984

Netflix to Release a New Movie Every Week This Year; Here’s the Full List

Mountain Dew Just (Accidentally?) Revealed The Riddler for the Upcoming ‘The Batman’ Film