Revealed via an unexpected and extremely hype trailer, Super Smash Bros. is coming to the Nintendo Switch this year.

Is it a deluxe port of Smash for Wii U? Is it something entirely new? We don’t know yet, but that’s not going to stop us from listing which video game characters we want playable in the latest installment of everyone’s favorite fighting series.

(Heads up, we’re going to assume no one from the Wii U roster is getting cut. #prayersforcloud)

The Sun Goddess from Capcom’s Okami would make a great addition to the new Smash. Running around (leaving a trail of flowers) while clocking foes on four paws as a wolf is one thing, but using Ammy’s diverse arsenal of glaives, rosaries, and reflectors is another. These divine instruments would make for fun special attacks, especially shooting beads with a rosary. Plus, painting bombs or slashes with the Celestial brush for her Final Smash would be a blast. An Issun cameo as a taunt would be cute too.

The titular hero from Captain Toad: Treasure Tracker can’t jump. His backpack is just too darn heavy. Besides this lending to a lot of possible fun workarounds, Toad really needs to be his own character already. After being used by Peach as a counter for years, I’m ready for poor Toad to stop taking hits and start handing them out. He’s got a pickaxe, a spotlight, and he’s ready to do some treasure trackin and smackin.

It’s safe to assume a new Pokémon fighter will join the fray this year, but which one is the question. While Decidueye or even a mystery Gen Eight Mon is most likely, we think a certain Ghost/Fairy type would be best. The adorable and lonely Mimikyu would bring a spooky and tragic vibe to Smash, but the potential for fun abilities is what’s most intriguing. Mimikyu’s Disguised and Busted forms, which negate initial attack damage, could make for a unique property and something we haven’t seen before. And again, Mimikyu is adorable, so there’s that.

There’s a zillion reasons why Travis should not be in Smash (he’s crude, extremely raunchy, and F-bombs are an integral part of his vocabulary ) but the protagonist from No More Heroes would just be so much fun to play as. Slicing and dicing with his beam katana would obviously be a blast, but seeing Travis fanboy over joining in on beating up his favorite video game characters would be worth his spot on the roster alone.

The Coot made his triumphant return last year with the N.Sane Trilogy, and now, with that collection heading to Switch, it’s the perfect time for Crash to Smash. His goofy aestetic and signature spin move would fit right at home with the other fighters, but best of all, seeing a former Sony mascot fight alongside Nintendo characters would just be so surreal. 1999 Jake’s head would explode.

If you’re like me, you have fond memories of immediately going to Snake on the Brawl character selection screen, launching a remote missile from one end of Hyrule Temple, and then hunting down your buddy on the other side. Snake was an absolute blast as the first third party character to join the franchise, and it was a huge bummer for him to be absent in the subsequent outing. There’s probably a plethora of reasons why he didn’t show up in Smash for Wii U and 3DS (Hideo Kojima’s exit from Komani no doubt a big one) but we think a triumphant return to Smash would help wash away some of that Komani bad blood.

I really could have cared less if Waluigi was included on the incoming roster, but then the Mario Tennis Aces trailer from the last Nintendo Direct gave us this gif:

This is enough. I’m sold. #waluigiforsmash

Banjo and his bird pal Kazooie ruled the N64 with their two fantastic 3D platformers. However, after Microsoft purchased Rare (the duo’s developer) in 2002, all dreams of the pair in Smash crashed. HOWEVER, Xbox head honcho Phil Spencer has said not once but twice that he’d be ok with Banjo and Kazooie crossing the third party barrier and joining their brethren in Smash.

Plus, fans have already dreamt up a pretty solid moveset for the duo already. Make it happen Microsoft! And Nintendo!

Nintendo has been treating indie games as valued and high-quality titles that are welcome to the Switch’s library, and perhaps there’s no greater ambassador then Shovel Knight himself. Besides being heavily influenced by classic Nintendo games like Zelda II and Super Mario Bros. 3,  Shovel Knight feels like a Nintendo character. His dig attack, bounce jump, and array of relics would make for a energetic moveset, and a Final Smash with Shield Knight would be amazing/heartwarming. It’s time for indie characters to join the fray, and Shovel Knight needs to lead the way.

It’s time. Nana and Popo were absent from last iteration of Smash as the development team could not get the duo to work on the 3DS hardware. Their presence has been sorely missed, and yep, it’s just time. Seriously, these two staples of the Super Smash Bros. series. Characters like Captain Falcon, Ness, or Jigglypuff have become iconic, and in many ways, have stayed relevant through Smash Bros., and I consider the Ice Climbers to fit into that category. There’s no character like them, they are a blast to play, and they’ll chain grab you into oblivion. It’s time Nana and Popo, it’s time to come home.

Who would you like to see join the fight? Let us know, because the HYPE TRAIN IS LEAVING THE STATION! 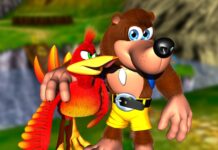 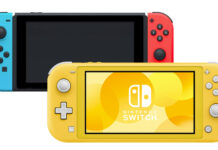 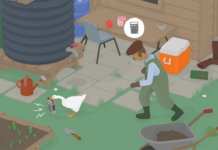