The Scooby Doo Project (1999) is a Hilarious, Long-Forgotten Special that Deserves a Home Release

"Found footage" reveals the events surrounding the disappearance of Mystery Inc. in the woods in this 1999 Halloween special.

The Scooby-Doo Project (1999) is one of the most bizarre and hilariously entertaining episodes of the whole franchise, hands down. Having debuted on Halloween in 1999, the episode is shot like The Blair Witch Project, with the entire setting being in live-action but the characters, Daphne, Velma, Fred, Shaggy, Scooby, and Mystery Machine remain animated. Other characters in the episode outside Mystery Inc. too, are live-action.

YouTuber chesskinge took footage from all the videos they could find and edited and then combined them, along with the best quality audio, to create the best version of the episode that they could For the 50th Anniversary. You can watch the full special below, and we highly encourage you to do so.

The spoof follows many of the events to the letter as seen in its source material, The Blair Witch Project, albeit with the spin on it being an actual mystery and a monster in a mask that the Mystery Inc team is trying to reveal and solve.

What we love about this special is not just that it hilariously and perfectly spoofed The Blair Witch Project, but that some people were so freaked out by the ending that the special episode has not aired since and for some reason, there was never a home release despite Cartoon Network heavily marketing the special leading up to its premiere. It aired just once and then it was never heard from again.

Rumors suggesting that the ending was indeed too scary and freaked people out, as being the reason for not airing again. Although we feel it is more plausible that there were rights issues or some other internal dispute leading towards a single air date and no other place to watch it outside fan uploads.

The ending was split into two parts with an initial ending where Velma is running from the monster and stumbles into Shaggy, who is hilariously standing in a corner staring at the wall. The monster appears and attacks Velma before the screen cuts to black. 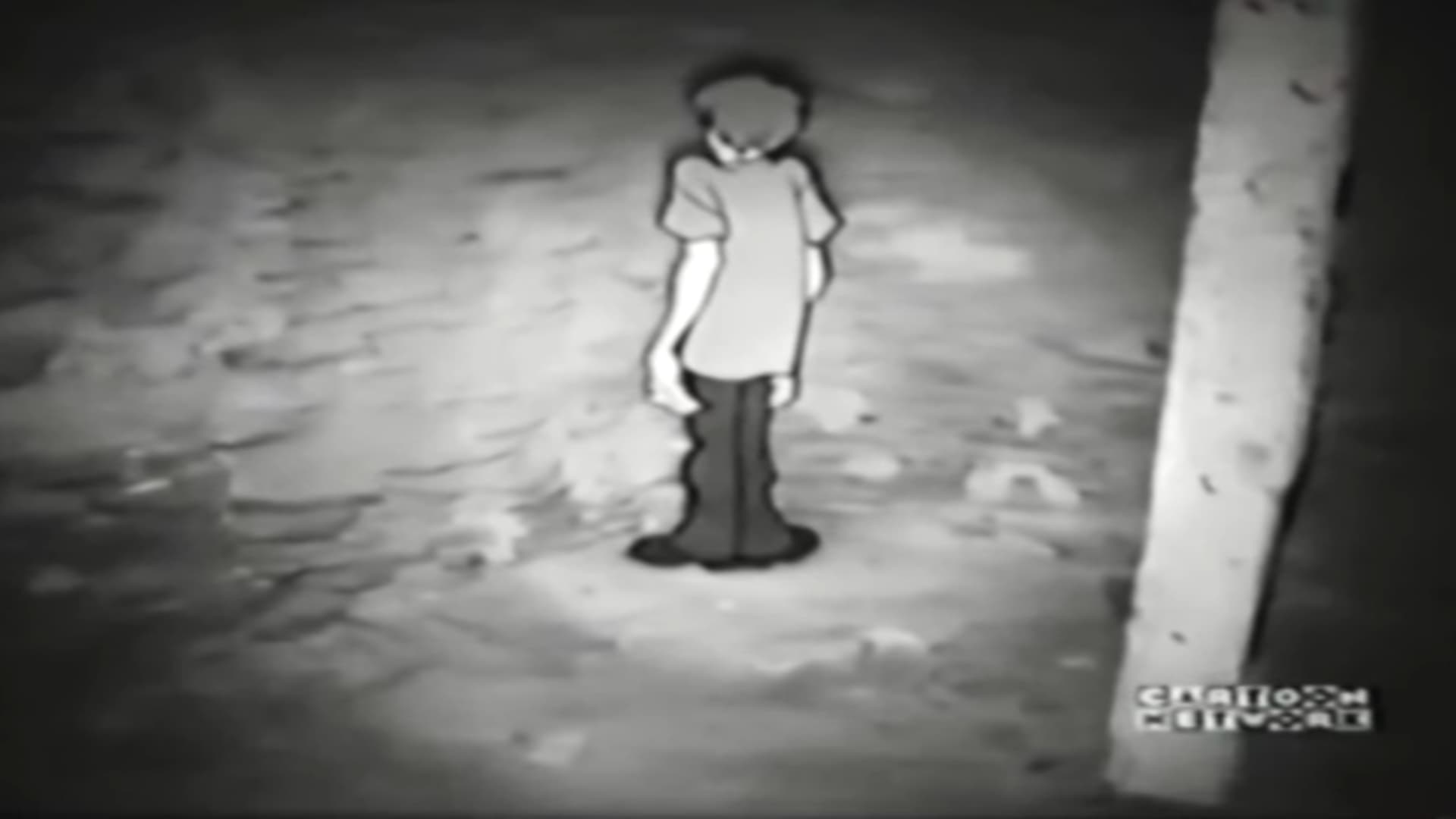 After the screen fades to black, it fades into a slightly extended ending where the gang eventually catches the culprit and unmasks him revealing a random, live-action man. All appears to be well until another, seemingly real monster appears and attacks the gang. The camera then cuts to black again.

As the extended ending continues, it sort of closes on another creepy note. It is revealed that the gang was never found but the camera and Mystery Machine were discovered abandoned along with hundreds of Scooby Snacks scattered all over the woods over the course of several days during the search for the missing sleuths. A “Missing Persons” poster appears showing the entirety of Mystery Inc., suggesting that they disappeared and were never found.

Unfortunately for the Scooby Fandom, there were no official discussions about this special ever reaching streaming services or coming to Blu Ray as a home release. We don’t know if it will ever air again under any official capacity, but thankfully we have people like YouTuber chesskinge to do God’s work and put this quality version together for us.

Mega Man Confirmed To Get A New Animated Series

Samurai Jack Season 5: Off To A Great Start