Super Smash Bros. Ultimate’s Next DLC Fighter is from Arms. But who is it?

Following one of the longest Nintendo news droughts of the modern-day, we finally got a (mini) Nintendo Direct highlighting Switch games releasing over the next few months.

Among these reveals was finally news on the second set of DLC characters for the love of my life Super Smash Bros. Ultimate, in the form of Fighters Pass Vol. 2.

The first of these six fighters were revealed during the Direct very differently from the first set of DLC fighters. Instead of a trailer unveiling the new fighter, it was announced that this fighter will hail from the 2017 Nintendo fighting games Arms. BUT it was not revealed who specifically it will be. All we know is the fighter will be showcased and available to download this June (around the time Nintendo usually has an E3 Direct, thoughts, and prayers for all of us in June). 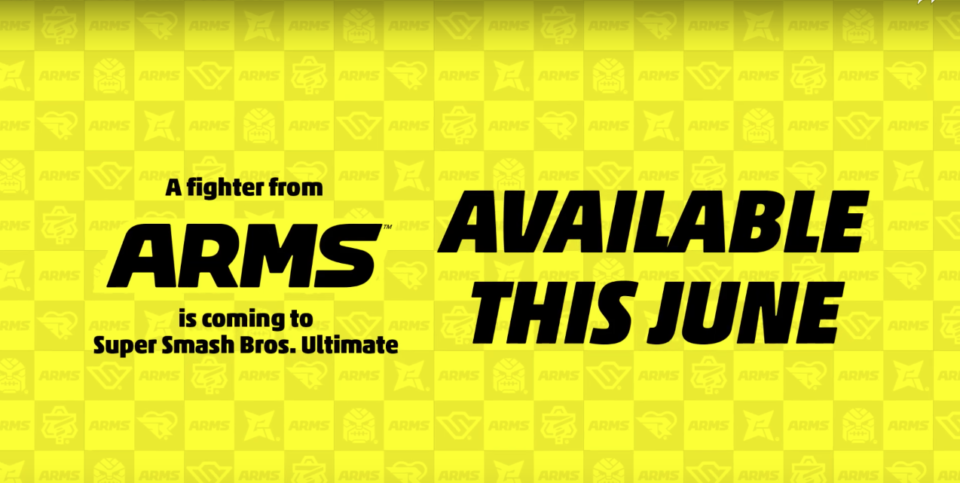 Who will the Arms Fighter Be?

Arms, a spin on boxing where competitors duke it out with spring-like extending limbs, has a colorful cast of 15 playable characters. So who’s going to settle it in Smash?

We can potentially cross off the unofficial mascot of the game: Spring Man

Spring Man is already in Smash Ultimate as an Assist Trophy, and item that calls upon a Nintendo character to briefly assist the player in battle. 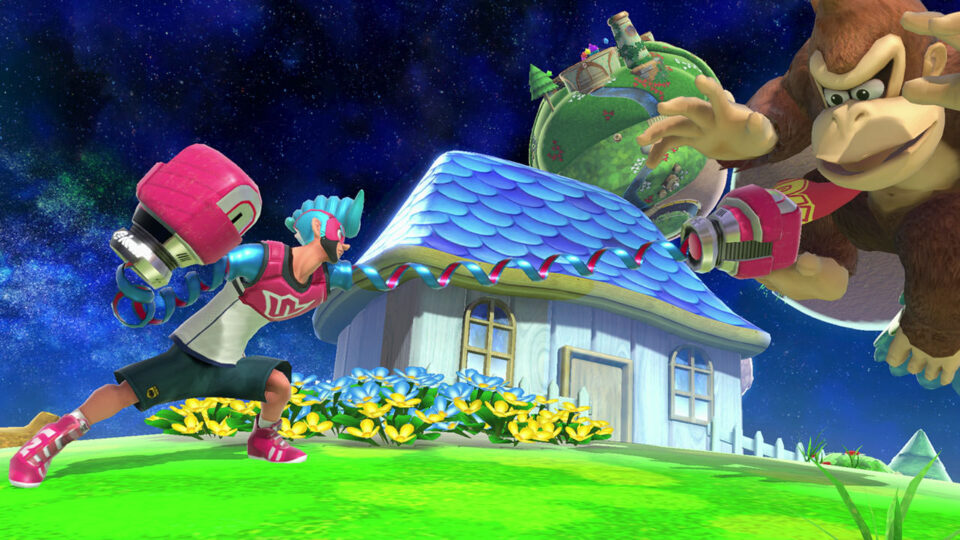 This doesn’t mean it couldn’t be Spring Man, but it would be the first time a DLC character is currently also an Assist Trophy.

So who does that leave? Arguably the three most likely candidates are Ribbon Girl, Min Min, and Twintelle.

Ribbon Girl may be considered the other unofficial mascot of the game, thanks to her appearance on the game’s cover and marketing material. However, she is not nearly as popular as Min Min, a martial artist with noodle-themed attacks, or Twintelle, a celebrity who fights with her hair.

Min Min and Twintelle are both extremely popular and female fighters, something Smash Ultimate desperately needs, so our guess is either or for now.

This is the first time a character has been semi revealed like this, so we’ll have to wait and see.