If you want that sweet purple Darkrai, you have a few days to do it. Starting tomorrow.

The Pokemon GO Battle League is something that very few people I know actually play. In fact, I don’t know anyone that plays. That said, I now have a reason to…

If you play enough Battle League to reach Rank 4, you will have the opportunity to run into Darkrai, with the possible chance of encountering the shiny variant. However, this is not a permanent reward. You will have your chance starting on Friday, March 6th (tomorrow) at 8:00am local time through Monday, March 9th at 10:00pm. 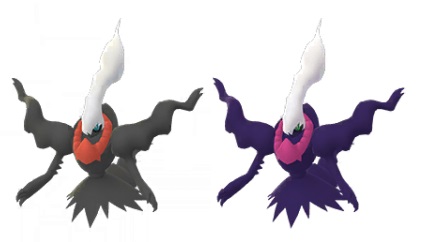 Perhaps you are not a fan of Battle League and you will be skipping out. No worries, as you will have another opportunity to encounter shiny Darkrai. Beginning and ending at the same time as the Battle League, Darkrai will be appearing in raids. Though it is important to note that not all raids will be featuring Darkrai, but you will get your chance if you look around enough.

Trainers, the Pitch-Black Pokémon, Darkrai, has returned! Prepare to battle this Pokémon in raids starting on March 6 at 8 a.m. local time. ✨ pic.twitter.com/CU5TB8vw4R

If you are doing the Darkrai Shiny Raid Hunt, then you will want to bring plenty of bug, fighting, and fairy type Pokemon. These are Darkrai’s primary weaknesses, thus ensuring your best chance at victory.