The World War II supernatural thriller produced by J.J. Abrams Overlord has announced its full cast.
As both Overlord and Cloverfield are sci-fi films being produced by Bad Robot, speculation has immediately arisen that this will be the next entry in the Cloverfield film franchise, nothing has been confirmed at this point.

As it stands at the moment, the synopsis reads as:

The story is set on the eve of D-Day, a group of American paratroopers are dropped behind enemy lines to carry out a mission crucial to the invasion’s success. But as they approach their target, they begin to realize there is more going on in this Nazi-occupied village than a simple military operation.

Jovan Adepo (“The Leftovers”), Wyatt Russell (“Everybody Wants Some”), Jacob Anderson (“Game of Thrones”), Dominic Applewhite (“The King’s Speech”), Pilou Asbaek (“Game of Thrones), Iain de Caestecker (“Marvel’s Agents of SHIELD”), John Magaro (“The Big Short”), Mathilde Ollivier (“The Misfortunes of Francois Jane”) and Bokeem Woodbine (“Fargo”) will star with Julius Avery (“Son of a Gun”)
Shooting begins this month in the U.K. No release date has been confirmed as of right now.
Source (1)
Source (2) 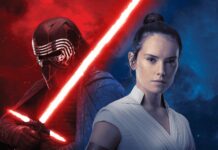