Five Classic Games that Need a Remaster and or a Sequel

Here are 5 classic titles from the PS1/N64 era that we would love to see remade with modern gaming technology.

I remember it quite fondly, the era of the battle of superior consoles such as the PS1 and N64, and which one was better (RIP Dreamcast). Despite which one had more powerful tech under-the-hood, what stood out more were the hours spent on the games that played on those consoles during that time.

It seems so long ago, and it was, looking back on those days and feeling warm with nostalgia. And while there are obviously way too many classics that we hold dear to our hearts during those days, we hand-picked several titles of which we have countless hours of pleasant memories, and that we feel are deserving of a remaster, and or a sequel. Let’s go over them, in no particular order. 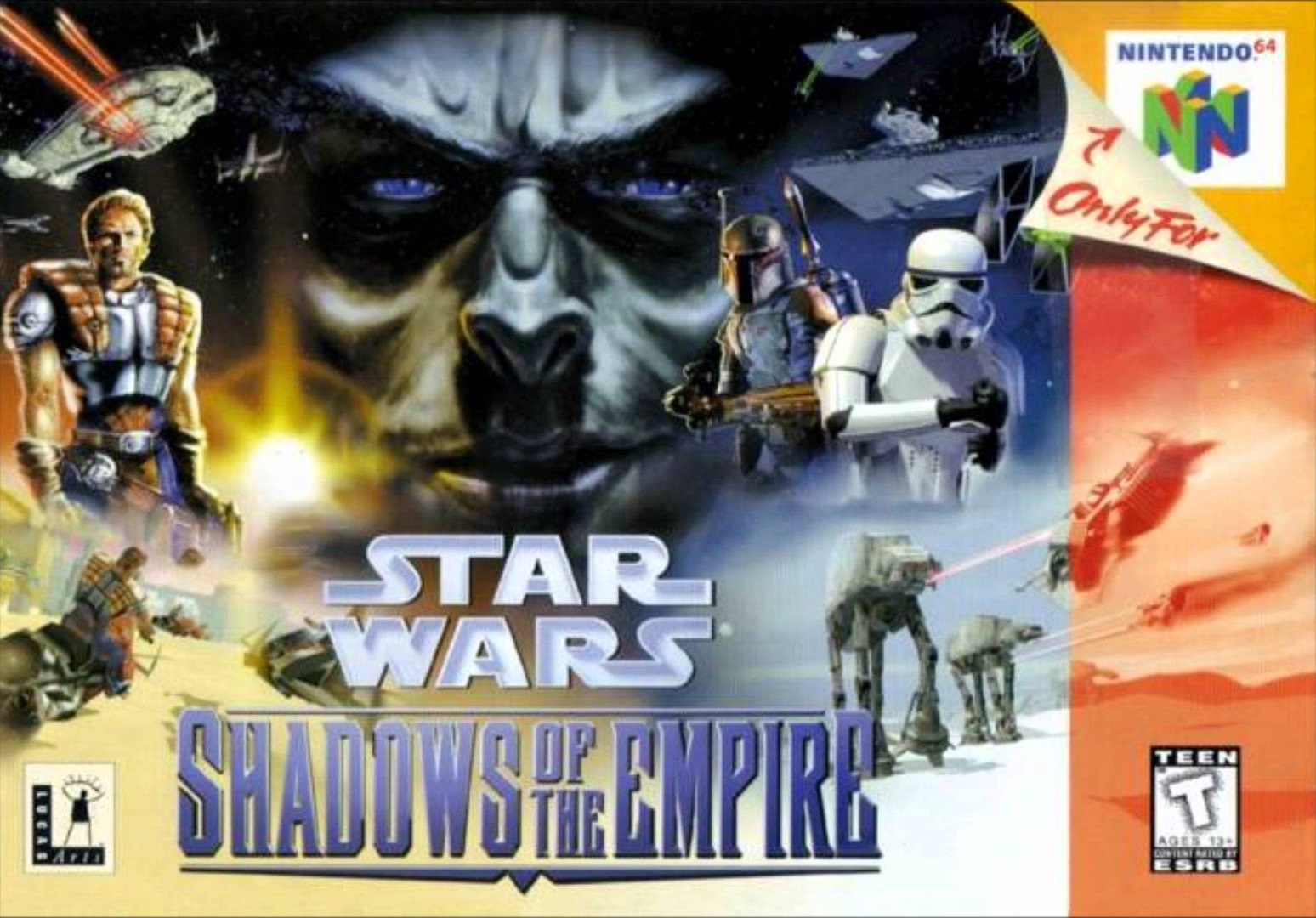 Shadows fo the Empire was one of, if not the greatest Star Wars title of the 1990s. The story takes place between Episode V and VI, and contained a strong enough premise to serve up what felt like a full-length feature film. The game spawned plenty of merchandise, too, in the form of action figures, novels, trading cards, and a five-issue comic sequel. This game was most influential on my love of Star Wars and set the bar of my expectations for future games pretty high.

While it probably doesn’t need a sequel, Shadows of the Empire is one of those games that I would love for nothing more than to receive a complete overhaul on the game’s visuals and re-release to modern consoles with a superior PC port.

The game introduced rebel ally and all-around scoundrel/hero, Dash Rendar who became a significant aid to both Luke Skywalker and Han Solo in their story arcs in the original trilogy post Empire Strikes Back. Rendar was instrumental in thwarting a plot from the game’s primary villain, crime lord Xizor, who ultimately wanted to take Vader’s place as Palpatine’s apprentice. The easy mode ending truly brought the mood down, as beating it revealed that Rendar had sacrificed himself to stop Xizor.

SotE came on multiple difficulties and after beating it on the game’s hardest difficulty, I was relieved to see a cut scene I had never seen before, where Rendar was revealed to have escaped death while Luke, Leia, Han, and others mourned him. Rendar’s final line, “It’s good to be remembered as a martyr without actually being dead, wouldn’t you say?” will forever be something I never forget.

The cheats for SotE were also extraordinary, with the primary one being to obtain all weapons and a jetpack. The cheat required players to simultaneously press all the buttons in a certain order and hold them down simultaneously while moving the joystick to a certain degree. I remember being forced to move the joystick with my teeth as I didn’t have any free appendages from holding all the other buttons down. 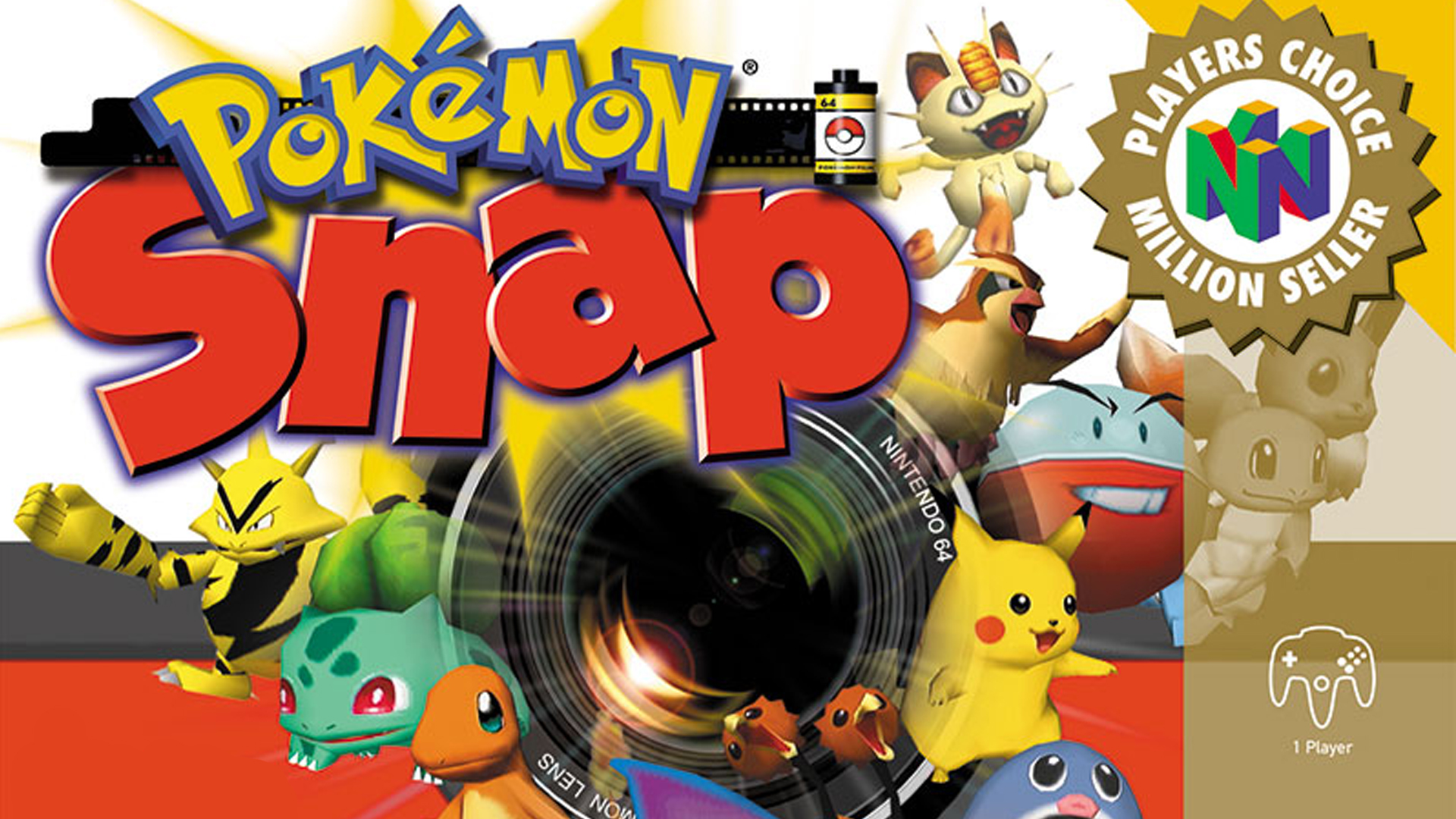 If you had an N64, and you were a fan of Pokemon, you had Pokemon Snap. For the time, it was an extremely unique game experience just rolling around and taking pictures of some of your favorite Pocket Monsters. On top of that, it was among the first to do a 3D style of the Pokemon, along with Stadium, which released roughly around the same time.

The game was simple, snap pictures of Pokemon and report back to Professor Oak. If he rated your photographs high enough with a solid score, you would progress to new areas. Certain tricks would help you reveal more Pokemon or instigate them to engage you in a way that exposed them in a unique pose for higher scores, and if you were good enough, you may even encounter one of the first Mythical Pokemon ever known, Mew.

Not all the Pokemon were present in the game, but many were, totaling in 63 of the original 151 Kanto Pokemon. The legendary birds were present, as were the original starters, Charmander, Bulbasaur, and Squirtle, respectively.

After the game’s original release in 99-00, it was re-released in 2007 for Wii and 2017 for Wii-U via Virtual Console. The game didn’t seem to have any improvements, upgrades, or enhancements, however. There were rumors of remasters, though nothing substantial or official ever surfaced.

With over 800+ Pokemon now, among several regions, and the Switch Console being perfect for a motion aspect to be introduced, a sequel would be welcome among fans. And if a sequel weren’t in the cards, the original Snap could use a remaster for the Switch to match the visuals of Sword and Shield. And if that weren’t possible, we would settle for another virtual console port. 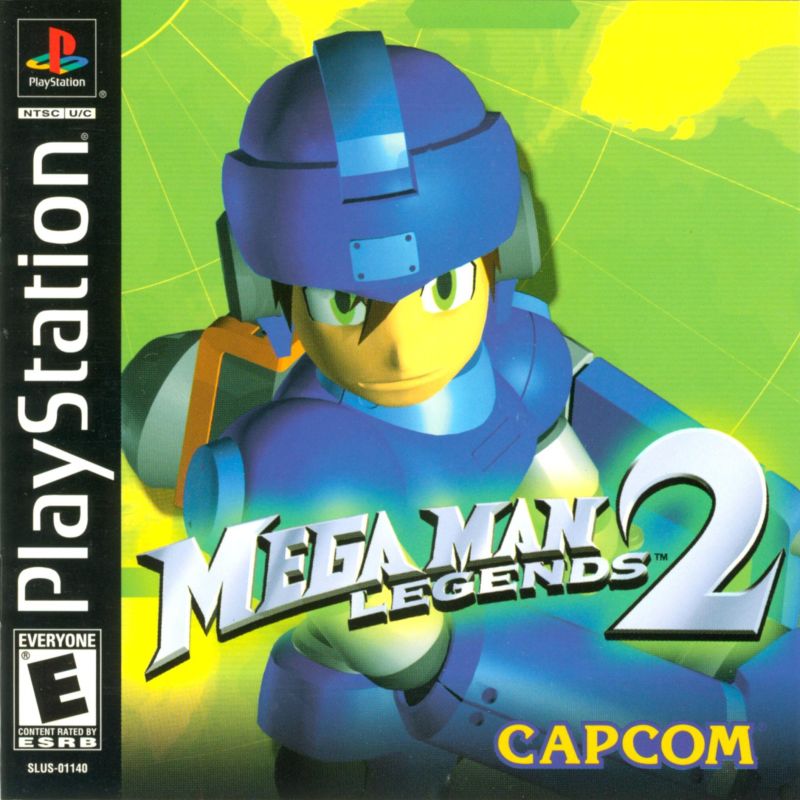 We have given N64 enough attention for now, so let’s move on to the original Playstation for a bit and focus on one of my most favorite games of all time- Mega Man Legends 2.

I have always been drawn more towards action-adventure games. The more open the world, the better. Mega Man Legends 1 and 2 scratched that itch for me immensely, especially MML2. Along with charming visuals and enough of a challenge to keep me thinking throughout the journey, Mega Man Legends 2 delivered pretty much everything I ever wanted to see in a game. Looking back on it now, the game could use enhanced visuals for the modern-day and still receive praise and critical acclaim from fans and critics alike. I am certain about it.

MML2 follows Mega Man Volnutt’s journey to track down some keys that were said to unlock the secrets to a legendary treasure, the ‘Mother Lode’, which was thought to be an energy source of infinite proportions.

The game was re-released on the PSP in 2005 and managed to receive PC ports throughout Asia and Japan, but North America had no such luck. Instead, fans managed to put together a ROM that is playable on PCs through the use of emulation, something I would be lying to say I was no stranger to.

The graphics, story, gameplay, everything is there and stood out at the time as being top-notch. Along with favorable reviews, a third entry in the series exclusive to the 3DS, Mega Man Legends 3, was planned and teased, but later canceled in 2011. The reason for the cancellation was never entirely clear, but Capcom UK had Tweeted out that it was due to fans lack of involvement or interest in the title, which spawned a massive backlash from the community and legions of Mega Man fans, myself included. Capcom UK later apologized and encouraged fans to continue supporting Mega Man Legends 3, despite statements from Capcom saying explicitly that neither a full game or a prototype would be released for play.

Not much has been said about the Legends franchise since, but Capcom is aware that fans are out there creating sites and Facebook pages dedicated to creating a following to show support in the hopes of receiving a release someday. 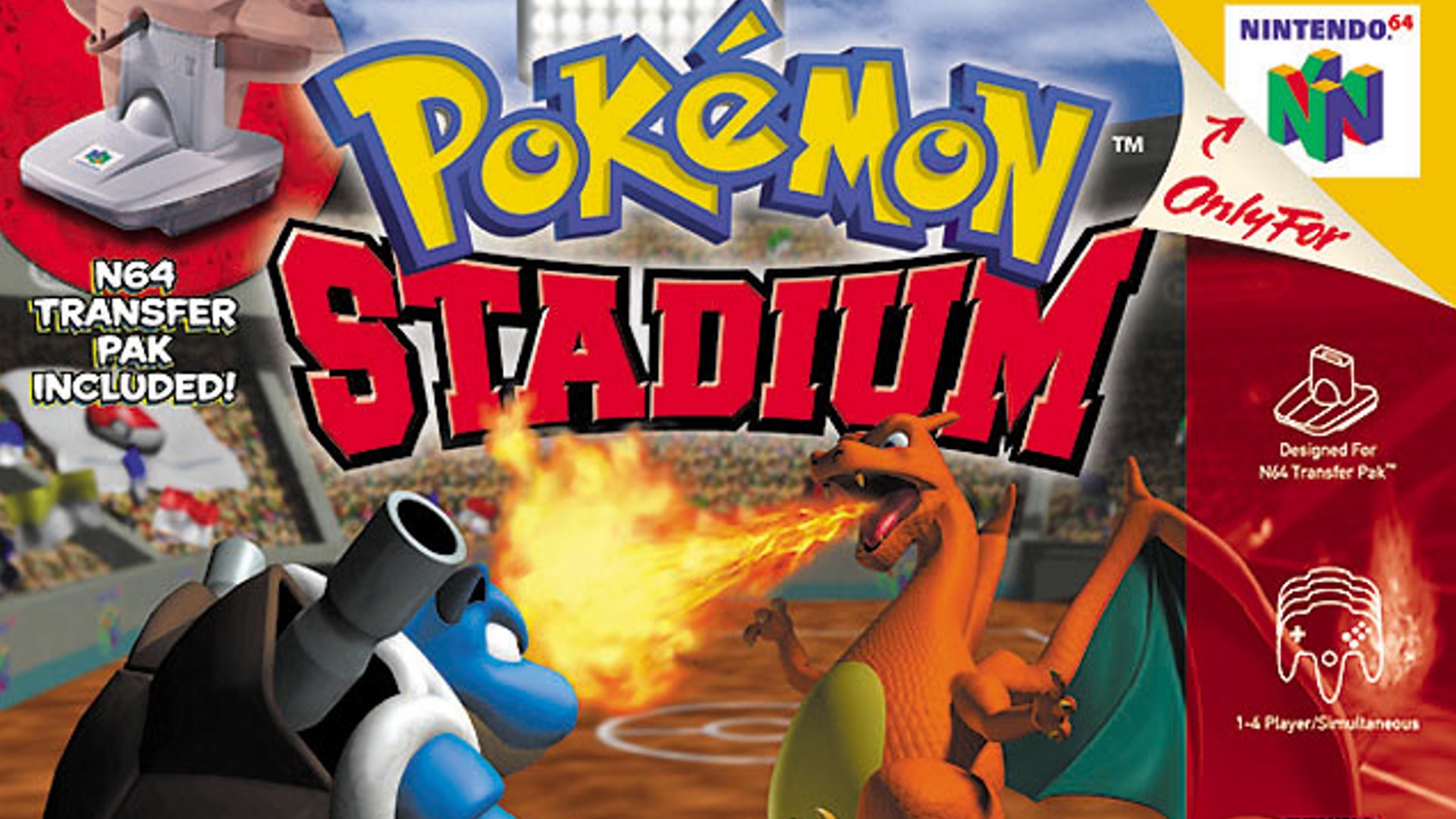 Pokemon Sword and Shield have been out for a while now, and unfortunately, there really isn’t a whole lot to it. Despite the franchise having been out for decades across multiple gaming platforms, there really has not been a whole lot of impressive growth towards gameplay and the overworld around it. At this point, we expected a more seamless integration for battling users across the globe in a sort of Breath of the Wild/Skyrim -like environment. And if we can’t have that, we would be more than welcome to a game dedicated to PvP battling.

Pokemon Stadium 1 and 2 aren’t exactly the type of games that would need a remaster, but I would settle for a sequel that includes Pokemon from all current generations with weekly challenges and minigames along with a fully integrated global battle system where players could face off in tournaments. You can pretty much do that to some extent with the core series, but it would be nice to have a game that focused on battling for tournament-related purposes.

Right about now, you are probably thinking that there might be no need for this. But here is the kicker- all the battles would be like Pokken Tournament, which features a 3D battle environment where the player takes over as the Pokemon, rather than giving it orders in a turn-based sequence. Then have a live coliseum narrator commenting on all the moves and attack results in real-time like Fifa or Madden. And with over 800+ Pokemon to play as, the diversity leaves nearly infinite replay value.

The possibilities are endless, and with a Pokken Tournament type battling system, we would be in love. Truth be told, this is the least likely to get a sequel of any kind, and it is a bummer that Pokken Tournament never really took off. Both games were amazing and if they were combined, there could really be something special here. 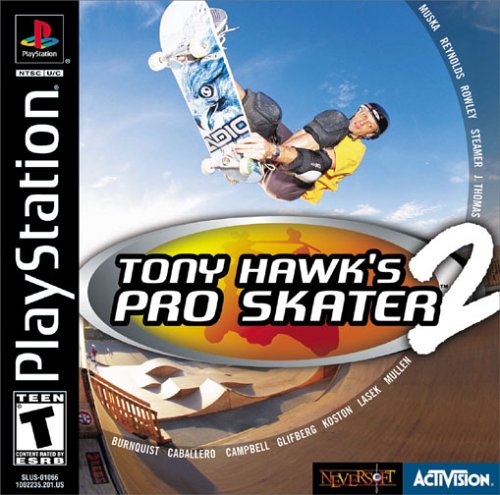 No list of classic titles is ever complete without including Tony Hawk’s Pro Skater franchise, Pro Skater 2 in particular. This is one game that has the most iconic THPS sets than any other, including the infamous indoor skate park with the taxicab and the hidden VHS tape in a small room above it- something that was surprisingly difficult to access without the right combination of moves to boost you up there.

There have been a surprising amount of games in the Tony Hawk’s Pro Skater series, including 5 cor entries, a couple of Undergrounds, and an assortment of spinoffs without the Tony Hawk name in the title. Of all of them, THPS2 is the shining gem among them all and could use a remaster/remake to include the classic game and a handful of new goodies and secret skaters to unlock.

Personally, THPS2 is ideal among the list, because it is a surprisingly simple game that could break up the monotony of so many overly complex ‘games as a service’ titles that seem to be flooding the market.

Fans will recall that THPS5, the last entry in the series that released in 2015, was bashed into oblivion for countless missteps, bugs, and other issues that plagued the game. Developer Robomodo ended up closing down due to such poor reception, and THPS5, which required an online service to play, ended up shutting down along with it in 2017 when the servers went offline, rendering the game literally unplayable.

Today, a remaster of THPS2 would be more than welcome, along with an advanced create-a-park system and the ability to have an open workshop available to modders to enhance the game. I see no reason these things couldn’t be included, and we would certainly love to play as someone like Shrek (Underground 2), Wolverine (Pro Skater 3), or Spider-Man (Pro Skater 2) again.

This article highlights five titles that we would really want to see a return with a remaster (or sequel), but that doesn’t mean there aren’t plenty more that deserve a return to the gaming spotlight. Here is a short list of games we would love to revisit on current and next-generation consoles, but preferably PC in the form of a remaster, or reboot that stays true to its roots.