The "enhancements" are barely noticeable.

Publisher Bandai Namco Entertainment has announced that a new update will come to Dragon Ball Z: Kakarot on January 13th that will take advantage of next-gen/current generation hardware of the PlayStation 5 and Xbox Series X|S consoles.

And while the current version of Dragon Ball Z: Kakarot plays just fine on the hardware of the PlayStation 4 and Xbox One, the newer generation of consoles will get “enhanced graphics and 60 frames per second”.

The video above, which shows a comparison between old and new console hardware doesn’t really seem to be all that drastic. In fact, it’s hard for us to even tell the difference between the two as it barely seems noticeable, if not negligible at best. PC players of Dragon Ball Z: Kakarot have no doubt already been enjoying the enhanced visuals and increased framerates but perhaps console players will notice the difference. 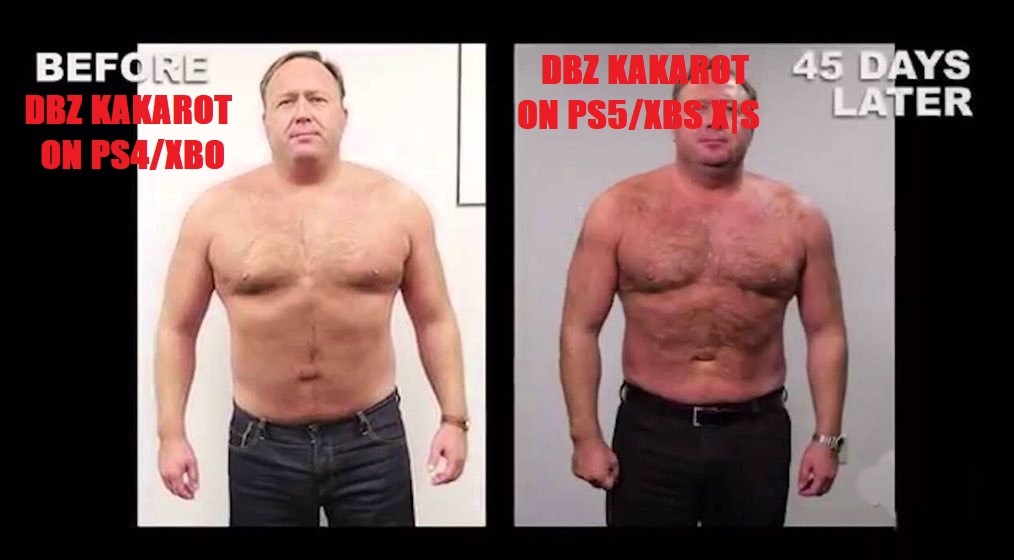 If you already own the game on PlayStation 4 or Xbox One, you will get the update for free, which is good news considering there would be no way we would ever pay for the upgrade.

Dragon Ball Z: Kakarot has been available since January 2020 for PS4, XBO, Nintendo Switch, Google Stadia (RIP), and Windows. PlayStation 5 and Xbox Series X|S will get visual upgrades this January.