Venom may have been always been a part of the MCU after all...

Film leaks are nothing new and so many have been coming out regarding Marvel films lately, specifically the Sony-esque ones like the upcoming No Way Home and Venom sequel. Now, it seems we have another major leak in the form of details from the post-credits scene from Let There Be Carnage which confirms… stuff.

As always, this is your first and final warning. Read at your own risk.

Seriously, if you have made it this far, you need to take responsibility for yourself for reading.

Don’t blame us if you get upset for reading the leak. This is all you, buddy.

Okay, the leak is a scene where Eddie and the Venom symbiote are on the beach together. They have apparently gone into hiding after defeating Carnage and Venom speaks to Eddie about what he and his kind have been through. The context of this seems to be that Venom wants to show Eddie what the symbiote race has experienced. We aren’t sure how this relates to the story or plot but what happens is some sort of flashback sequence where the scene changes and a television set is present that shows Tom Holland’s Spider-Man, allegedly footage from Far From Home and Venom says “I hate that guy” just before licking the screen “aggressively” before cutting to black. 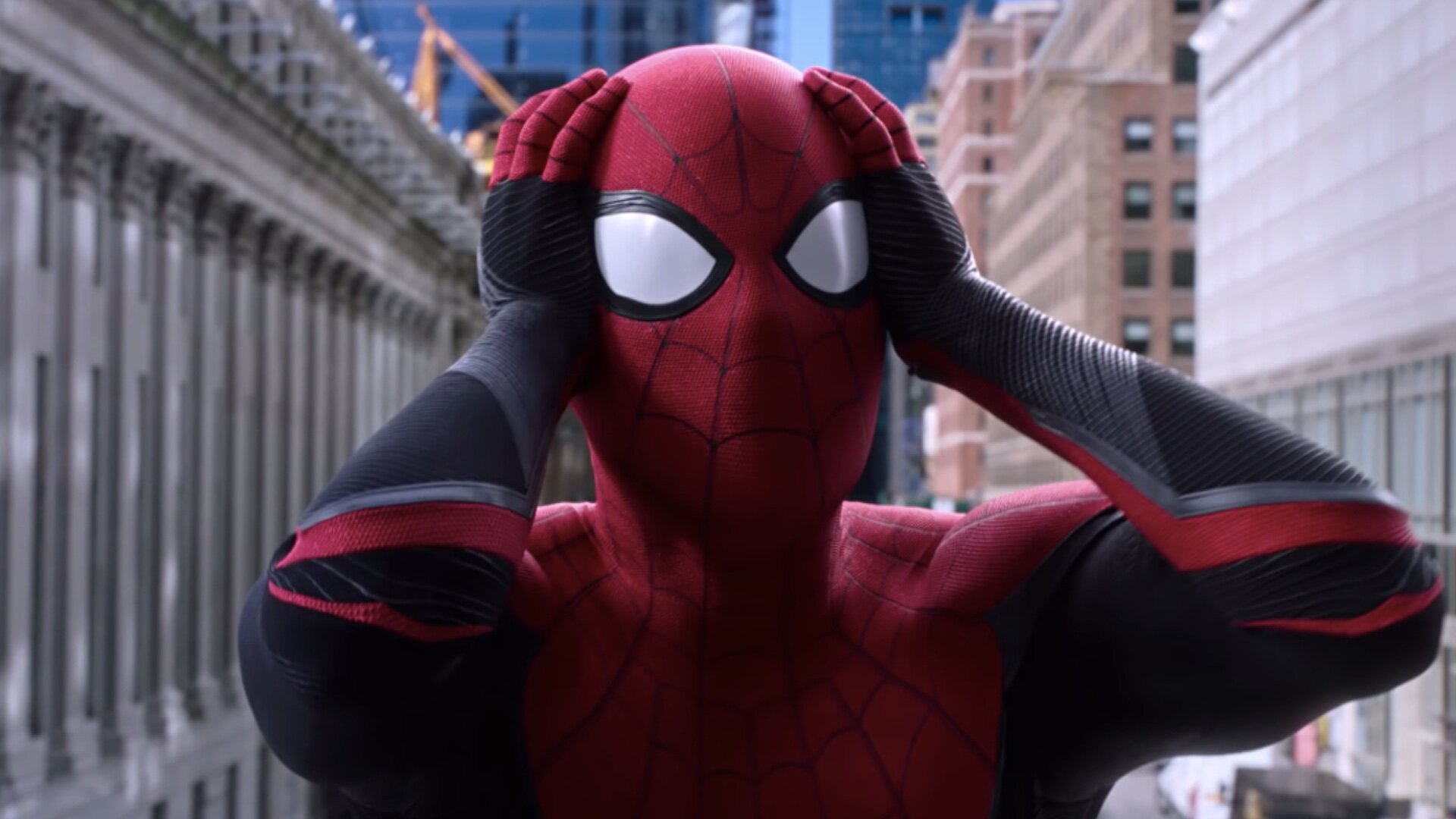 We aren’t sure just what this means and how this fits into the MCU but it seems clear that Venom is aware of Holland’s version of Spidey before any major events take place in the Multiverse considering the footage on the television contains Far From Home footage. However, this could also be post-Multiverse if some wonky things happen and time gets changed or this is an alternate timeline or whatever so who knows. Take all of this with a healthy dose of salt.

This shouldn’t come as a surprise to most as both Andy Serkis, who is taking seat behind the camera as the director of Let There Be Carnage confirmed that Spider-Man and Venom will meet eventually. We just don’t know when, how, or what version from the various universes they will come from (Spider-Verse, Venom-Verse, Multiverse, etc.). Here was his full quote when speaking with ET Canada:

“Look, that’s the question on everyone’s lips. They want to know when Venom is going to meet Spider-Man, but personally, it’s never going to happen. I’m only joking, of course it’s going to happen… But, I think there’s so much… Look, it depends when you want to get there, and also, what the appetite is. If people want more Venom stories, then, to jump straight to Spider-Man, you could be missing out on so many great supervillain characters in between now and then. So, in a way, by rushing to it, you might be closing the door.”

Tom Hardy had a somewhat similar albeit rather vague tie-in regarding the possibility of how Venom fits into the MCU, which he sort of touched on in a matter of speaking regarding the Multiverse. While acknowledging the various universes, Hardy made it sound like the plan was to get Venom into a cross-over but only when the time is right and the planning is solid.

“There’s a Venom-Verse, there’s a Spider-Verse, there’s multiverses, there’s all kinds of canon and lore and mythology to explore both laterally and forward in time. I think with the right people and the right planning, and feedback from the audience, and understanding it’s about making the right choices at the right time… Even with foresight of understanding where things may go already or they wish to go, it’s a combination of all those in the alchemy of what it will be.”

While you may be skeptical of the news above, which is totally okay, just know that the details of the leak are making the rounds due to early screenings being currently available and viewers are starting to blab. That said, we did see one report that someone stated it wasn’t Holland but actually Andrew Garfield on the television but we really won’t know for certain until we see for ourselves when the film comes out next month on October 15th.