Fans Have Remade the Fight Scene Between Vader and Kenobi in ‘A New Hope’, and it is a Masterpiece

YouTuber FXitinPost has remade Star Wars Sc 38 with their own take on this iconic lightsabre battle.

There really is no limit to how talented some content creators are. In this case, a group of skilled editors and choreographers have gotten together to re-imagine what the fight sequence between Obi-Wan and Vader would have looked liked today (Scene 38), but of course, done right.

“Scene 38 ReImagined” is about the final confrontation between Ben Kenobi & Darth Vader in “A New Hope” nearly 20 years after the events of “Revenge Of The Sith.” This is a one-off story driven scene reflecting the characters in its chronological order from the point of Revenge of the Sith through Rebels, Rogue One, and all canon material leading to A New Hope. –FXitinPost 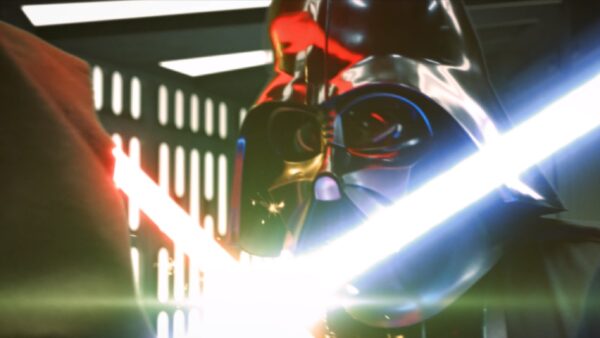 Sure, you can tell this is fan-made, but the true vision of Star Wars clearly lives on in their work in this short scene. This single clip makes the entire The Last Jedi film look even more like crap, which is hard to believe.