Photos From the Set of ‘Thor: Love and Thunder’ Reveal Thor and Star-Lord’s New Look

Keeping on being swol, Thor Daddy.

Production on Thor: Love and Thunder is well underway in Sydney, Australia at the moment and the latest photos from the set of the film have us hyped. Holding onto the rock ‘n’ roll theme he used in Thor: Ragnarok, it appears director Taika Waititi wants Thor to give off some really strong 80s rock fashion vibes as you can see below. 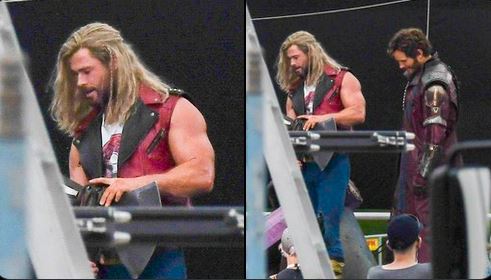 It appears Thor has beaten his depression and the fat he gained in Avengers: Endgame as the man is once again jacked with no signs of fat on his body. Whether or not this is Thor’s outfit for the entire film or just the first half remains to be seen. Regardless, we’re here for it.