This week at the trailer park look at Pixar’s next original film, Hayden Christensen tries to save his son, and Tom Cruise is a drug runner!

Coco follows a 12-year-old boy named Miguel who sets off a chain of events relating to a century-old mystery, leading to an extraordinary family reunion. Starring Benjamin Bratt, Gael Garcia Bernal, and Renee Victor. Coco is set to be released in theaters on November 22, 2017.

A Wall Street broker is forced to evade a police chief investigating a bank robbery as he attempts to recover the stolen money in exchange for his son’s life. Starring Bruce Willis, Hayden Christensen, and Gethin Anthony. First Kill is set to be released in theaters on July 21, 2017.

A pilot lands work for the CIA and as a drug runner in the south during the 1980s. Starring Tom Cruise, Caleb Landry Jones, and Domhnall Gleeson. American Made is set to be released in theaters on September 29, 2017. 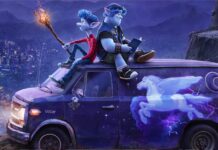 Mr. Incredible is a Stay-at-Home Dad in New Trailer for Incredibles 2