If you have not seen Endgame yet, avoid this trailer for now. You have been warned...

The first official full-length trailer for SM:FFH is here, and it shows a heck of a lot more than the teaser with plenty of spoilers from Endgame.

If you have not watched the trailer yet, and you are wanting to avoid Endgame spoilers, then close this window. ‘Cuz, we about to talk about it.

You. Have. Been. Warned.

Okay, so this trailer has us excited. Superhero fatigue? Get out of here with that nonsense. Because we will get the first glimpse as to what sort of aftermath has unfolded on the world after the cataclysmic events of the Avengers and the ‘Snap’ heard around the universe.

So, as you know, Iron Man is dead. Around the globe, people are in mourning over the fallen and perhaps none more than Peter Parker himself, feels a level of pain that not many can understand. He lost his mentor, his friend, and his father figure. Adding insult to injury, it is clear that he is carrying with him a certain amount of guilt, likely over believing he let it happen (just like his uncle). 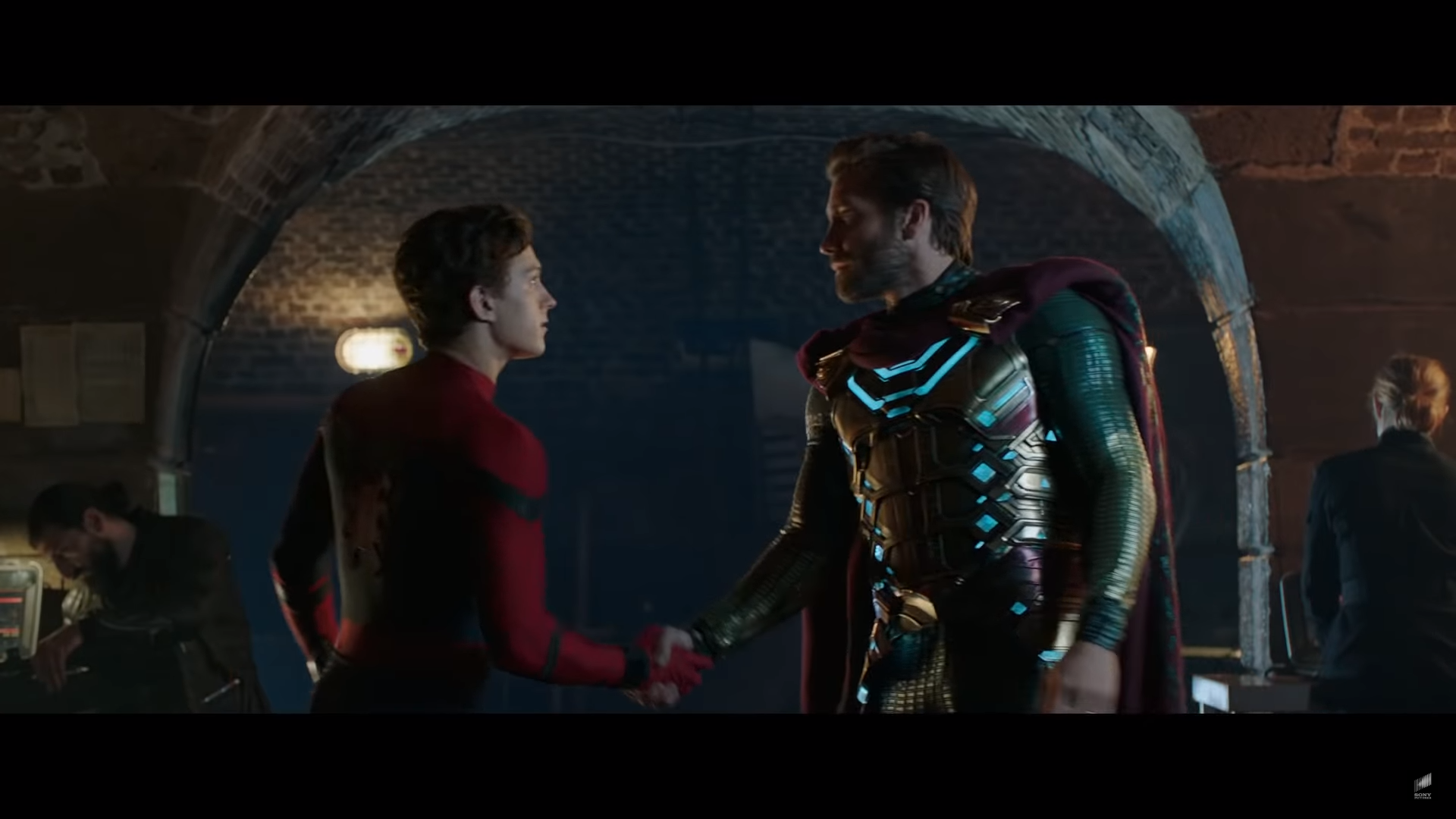 With all of the above fresh in Peter’s mind, the wallcrawler decides it is time for a break in the form of an overseas vacation. But, he has caught the attention of none other than Nick Fury, who tells Peter that he has no time to rest as he is needed once again.

Initially declining the offer, Peter eventually accepts, and comes across a mysterious new character. Mysterio, who apparently has a variety of unique superpowers, appears to have come from a different earth dimenstion (multi-verse hype!!), and is in need of a unique set of assistance.

From there, we see a few familiar villains running amok in Europe with Mysterio taking them head on. Hydro-Man, Sandman, and Molten-Man are wreaking havoc while Spidey and Mysterio try to stop these foes. 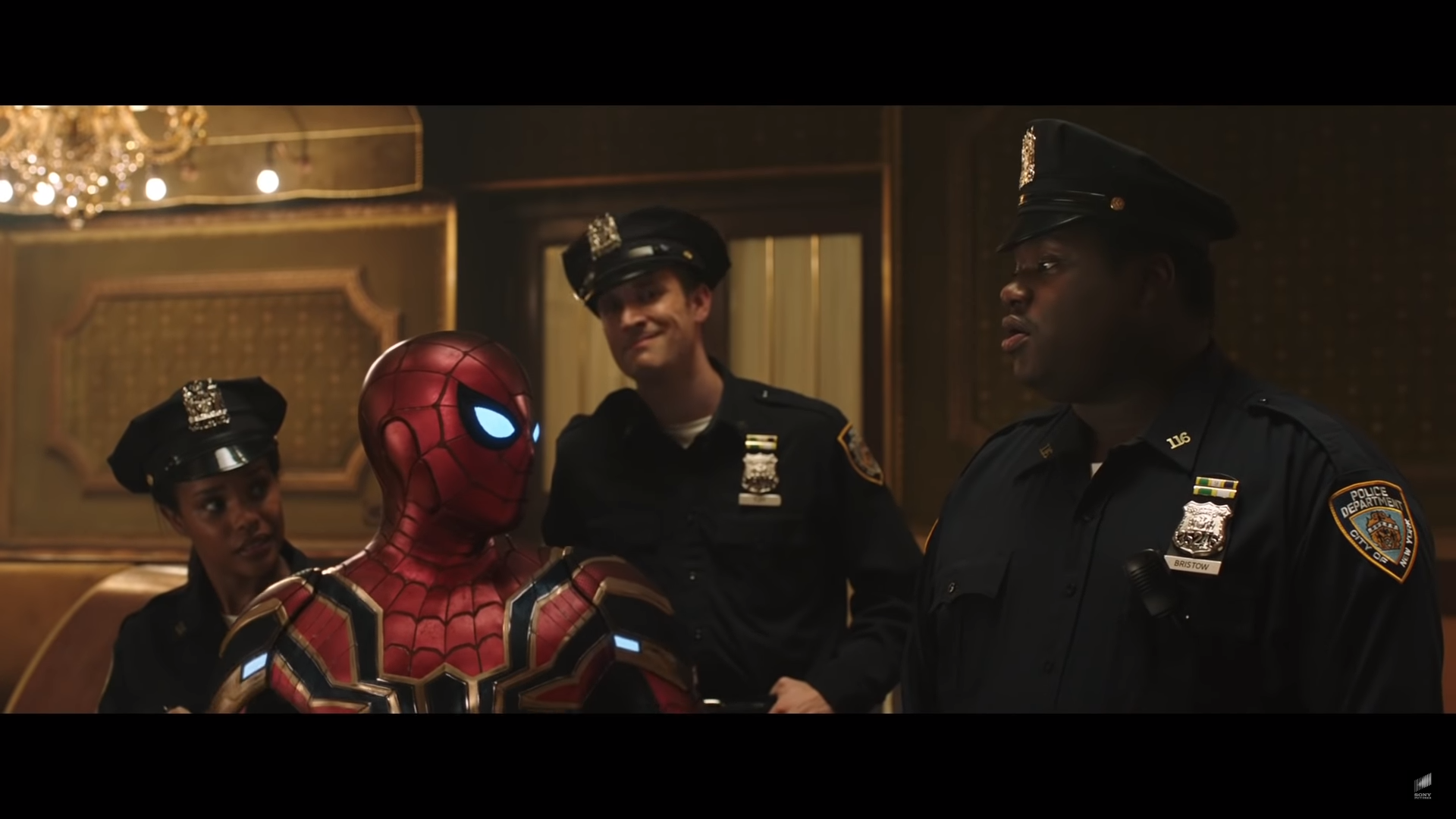 Now for the analysis…

So, once Mysterio was announced and we got to see Gyllenhaal in action, it seemed to me that Mysterio was trying to play the role of the hero with self-serving motivations. I personally figured that Sandman, Hydro-Man, and Molten-Man were projections created by Mysterio with the use of his signature hologram technology. This could still be the case, but the devastation and destruction across the city seems very real, but it still could be an illusion.

After the snaps from Thanos and Stark, the Infinity Stones are likely to have caused a lot of rips and tears in various dimensions and alternate universes. It is possible that this is the seed planted that will ultimately grow into the X-Men and Fantastic Four joining the fray, but it is also possible that other villains and heroes with powers unseen thus far in the MCU could be introduced this way, too.

This could explain Mysterio’s flight and other various abilities (in that, if his powers are real, then maybe there is an alternate dimension where they are genuine and not just illusions). Or perhaps this is a version of Mysterio where he is from another dimension, but still using futuristic holographic tech. OR MAYBE EVEN a Mysterio who is NOT from another dimension, but is pretending to be. OR MAYBE HE COULD EVEN… You know what, we could be here all day with theories. For now, just enjoy the trailer and be as hyped as we are.

Spider-Man: Far From Home swings into theaters this July 2nd.

J. Jonah Jameson and TheDailyBugle.net have an official YouTube Channel