Everything We Know about Pokemon Scarlet and Pokemon Violet

An all-new adventure in an open-world environment is coming at the end of this year.

In a surprise move, The Pokemon Company and Nintendo have revealed that 2022 will be the year of two core entries in the Pokemon video game series. First with January’s Legends: Arceus, the critically acclaimed open-world-ish Pokemon title will be met with a sequel of sorts in Pokemon Scarlet and Pokemon Violet versions, respectively. Here is what we know and what we have heard about the upcoming 9th generation of Pokemon titles starting with the basics: the trailer.

As always, there are three starter Pokemon to choose from when you begin your adventure. These types are always the core Fire, Water, and Grass-Type Pokemon and ScVi is no different. Introducing Sprigatito (grass), Fuecoco (fire), and Quaxly (water).

These new starters are the only glimpse we have gotten of new Pokemon so far but that doesn’t mean that we won’t see plenty of new ‘Mons out there in the new region. Of course, in with the new doesn’t always mean out with the old. That said, here is a list of every Pokemon we have seen from the reveal trailer that came from earlier generations:

Again, keep in mind that while this list contains a lot of Pokemon, this is nowhere near the complete Pokedex, obviously. So if you do not see one you are hoping for, don’t fret just yet. There will likely be hundreds more that will make an appearance, both old and new.

The New Region Appears to be Based on Spain

While the trailer showed off plenty of the new region, we still do not know what the name of this region is but we know that it has deep Spanish roots. As will all Pokemon games, the new unnamed region will likely pull from a variety of cultures but considering the themes we see in the trailer, it is safe to say that it will rely on Spain the most. The evidence comes from a handful of bits we see in the trailer from eagle-eyes viewers such as the color schemes as scarlet, yellow, and violet are the official colors found on various Spanish Republic flags.

Beyond the colors, the names of the starters (Sprigatito, Fuecoco, Quaxly) for instance, bare a Spanish-like naming pattern, specifically the “tito” and “coco” we see in the Grass and Fire-type for sure. Less so on the Water-Type Quaxly but still, the “xly” can be seen in many Spanish terms as well.

Other viewers have noticed that the map of the region, which can be seen briefly in the trailer by the security guard in the live-action portion, and in the in-game portion both show resemblance to that of Spain. Even the constructs within the cities appear to have significant Spanish influence.

One other bit, and there certainly could be more, is the appearance of grapes in the trailer on a table with some other fruit. The grapes, which are seen prominently on display, are the national fruit of Spain. So, take that with a grain of salt. Or a grape. Whichever.

One of the weird things I personally noticed is that while this is a massive announcement, there was very little coverage on the topic on English-speaking social media. The official Nintendo America Twitter account hadn’t tweeted in three days, not mentioning the Nintendo Direct nor the announcement of a new Pokemon game. The official Pokemon Twitter account tweeted at 5:30a that the Nintendo Direct was about to start and then shared the reveal trailer at 6:34a and then made no more mention of the event or the games.

Welcome to the open world of Pokémon.

Embark on an open-world adventure in Pokémon Scarlet and Pokémon Violet, arriving on Nintendo Switch in late 2022.

What was also interesting is that the Japanese accounts for Pokemon and Nintendo had far more social presence or these titles and the announcement which caused a lot of Japanese speakers to translate what was shown to give us westerners more drops of information since almost every one of our social media sources was experiencing a drought. Of course, this is likely due to PLA having came out just last month and they do not want to cannibalize sales. Of course, that may happen anyway.

You can see in the tweet above from the official Pokemon account that there is a heavy focus on the game being “open world”. But what exactly does that mean? Personally, I was caught off guard by this statement but I think it is far more significant than people realize.

Considering that the social media presence for North America was nearly non-existent regarding these games, and the announcement is a big deal, for the single tweet from the official Pokemon account sharing to emphasize “open world” truly means something.

As I personally started to dig around for information on what this means exactly, I started to notice that fans were quick to notice that the mechanics of ScVi appear to be very similar to that of Pokemon Legends: Arceus. While we didn’t get concrete evidence of this in the trailer, it is hard to ignore how similar it looked. If that is the case, then it is quite possible that this game will feature the same open-world style of PLA but with cities and the gym challenge. If that is the case, then this could truly be getting closer to the Breath of the Wild type of Pokemon game we have always wanted. And considering that the graphics look far more polished for gen 9, it is also possible that Legends: Arceus was more of a beta, so to speak, leading into this new pair of games.

Fans have made it no secret how they feel regarding the visuals of PLA, a game released in 2022, that looks like a 3DS game. That said, those same fans have been fairly uproarious regarding how clean and polished these new games look, especially if they follow the same open-world concept of PLA. 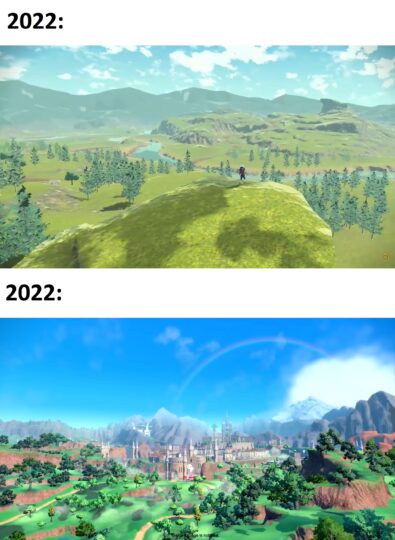 While it is too early to get excited over an open-world hybrid of Sword and Shield meets Legends: Arceus, especially with some graphic upgrades, it is hard not to get just a little hyped. Even so, it seems that Legends: Arceus truly walked so that Scarlet and Violet could run. It’s hard not to see the humor in that. 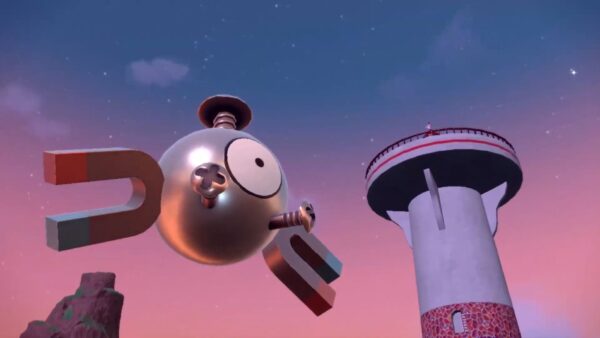 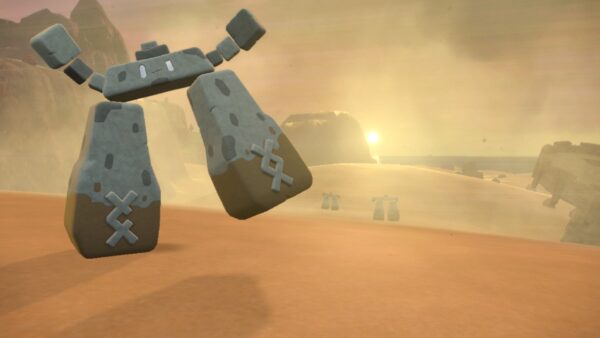 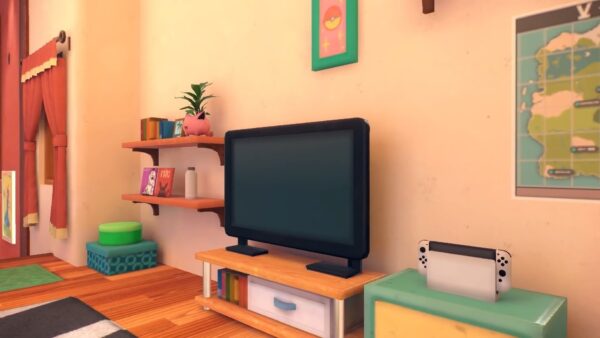 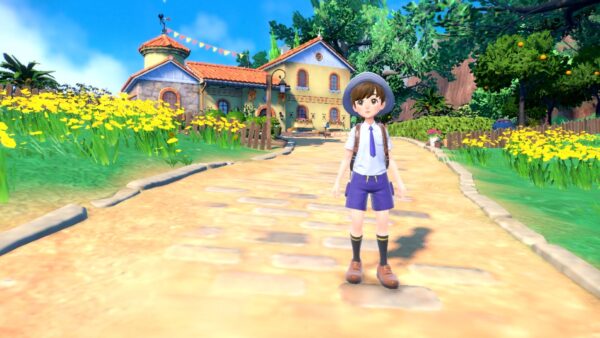 We know so little about Scarlet and Violet other than what we listed above but some of those little nuggets of information may end up having a huge impact on the way we interact around the wonderful world of Pokemon. Surprisingly, we won’t have long until we get more information when the game supposedly, allegedly, is planning a release this year toward the end of 2022. Wild that it is practically March, barely a month after PLA’s release and we are already looking to the end of the year for two more titles that may improve on everything we didn’t like about PLA. I for one surely won’t miss the Strong and Agile styles. Good riddance (I hope).