Did You Miss Today’s #PokemonDirect: Sword & Shield Announcement? We Got You Covered

November 15th can’t get here soon enough! The release date for Pokemon Sword and Shield has us anxiously waiting and anticipating what sort of brand new adventures will be had when the next generation in the core series of games hits the Nintendo Switch for the first time. But what is new? What sort of events and experiences do we have to look forward to?

First, it should be noted that this is not like Pokemon Let’s Go Pikachu! or Eevee! Sword and Shield follow the more traditional style of turn-based combat and catch gameplay, unlike the Pokemon GO type of experience. Wild Pokemon may still appear in front of you out in the open in tall grass, fields, or bodies of water, but they also will be hidden in these areas to present you with random surprise encounters, just like earlier entries in the series. But more on that in a moment. For now, let’s start of with…

A variety of new Pokemon will become available, as is customary with new generations. Eurogamer.net did a great job gathering a lot of details for some of these new additions. 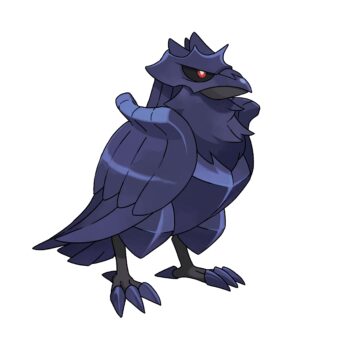 It is said that Corviknight is the strongest Pokémon living in the skies of the Galar region. It can often be seen fearlessly soaring through the air. Many say that any Pokémon foolish enough to challenge Corviknight are sent running with just a sharp glare and cry from this fearsome Pokémon. Because Corviknight possess superb flying skills and high intelligence, many of them work for the company called Galar Taxi and help transport people from town to town. 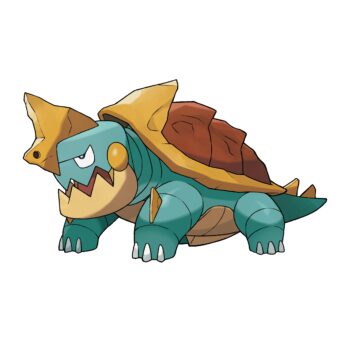 The jagged fangs of the Bite Pokémon Drednaw are strong and sharp enough to bite through rock and iron. Though it has a heavy shell, its well-developed muscles allow it to move quickly. Drednaw is known to be extremely aggressive, so it takes a skilled Trainer to tame and handle this Pokémon. It seems that some Trainers will release Drednaw back into the wild once they discover they can’t handle it. 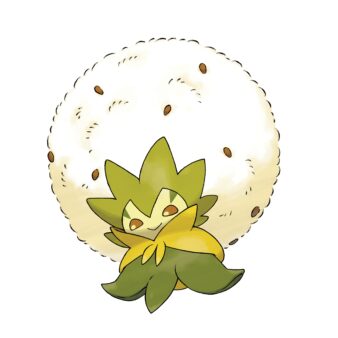 When Gossifleur evolves into Eldegoss, its head becomes covered in thick cotton fluff. This cotton fluff serves as a cushion that helps to protect Eldegoss’s head from damage. The tiny seeds attached to the cotton fluff are said to be highly nutritious and beneficial to both people and Pokémon. Eldegoss spreads these seeds throughout the region, making the soil of the Galar region rich in nutrients. 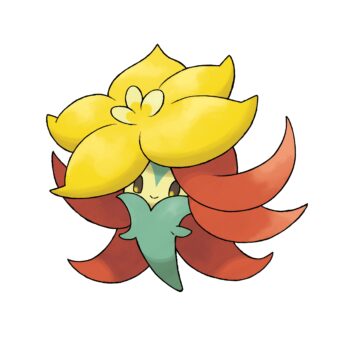 Gossifleur prefers land with clear water and air. Its pollen has a healing effect and is commonly used as a folk medicine remedy and made into a tea given to children in the Galar region when they are ill. Gossifleur travels over long distances by getting blown along by the wind. It controls the direction of its travels by twisting its body and petals.

The white fur that covers Wooloo’s body grows throughout its life and will fully grow back in three months even if it has been completely shorn. The fur is used for clothing, carpets, and other goods and is very popular as a specialty product of the Galar region. Wooloo live as a herd and mimic the actions of their Trainer or herd leader. They dislike conflict, and if they need to escape from enemies, they will simply roll away.

Some of these Pokemon will be exclusive to the version of the game you get, but we have not received confirmation as to which. But new regional Pokemon are not all you’ll find new, considering we get at lease two new Legendaries (that will be featured on the cover).

If you have played the mobile game Pokemon GO, you are familiar with their Raid events and mechanics. Well, you will get somewhat of an upgraded version in S&S, with 4-player cooperative battles where you and your team can take down one big bad Pokemon, with the chance to catch it together at the end. And when we say “big” we mean BIG. Like, HUGE. This has to do with the Dynamax evolution form, which, as the game tells us, is exclusive to the Galar region.

What is DYNAMAX? Well, basically you get to turn your Pokemon into a skyscraper-sized behemoth to fight other massive Pokemon. Through the use of a unique item, the ‘Dynamax Band’, players will be able to transform their Pokemon in this manner once per battle, giving them a unique edge and experience facing off against powerful foes. Player’s Pokemon become much stronger in battle, in addition to growing the size of a tall building.

In Let’s GO, all wild Pokemon were visible to the player’s eye, making roaming through tall grass to find the one you want an obsolete method of encountering Pokemon. Player’s could literally sit and just watch the grass until they saw a Pikachu tail poking out or some other portion of the ‘Mons butt sticking up and then run up to it, if that was the Pokemon they were looking for. In S&S, this can still happen, albeit less frequently, but you will also encounter random Pokemon by chance if you are running through the grass or swimming in the water. You will also be required to catch Pokemon the traditional way (by battling), rather than just throwing PokeBalls endlessly until a successful catch.

In the gallery above, you can see that some Pokemon appear in the various landscapes, some of which are walking around or swimming or just minding their own business. While it was not made clear in these screenshots if say, the Tyranitar and Rhydon are wild and can be encountered in battle, were you to just run up to it, but it appears that way, should you choose to interact with them. This would be a first, only in that fully-evolved Pokemon like Tyranitar have not appeared in the wild through legitimate means in previous games, though we seem to recall encountering a wild Gyarados and Rhydon at one point or another.

There are also ‘Wild Areas’ that stretch between various cities, towns, and points of interest within the Galar region. These locations will be home to the ‘widest variety’ of Pokemon available to the player to catch, and depending on the weather (snow, rain, sunny), different Pokemon will appear at different times (more likely to run into Ghosts at night, Water-types during rain, etc).

In previous games, Pokemon Trainers were given a unique region-Pokedex to log caught Pokemon data. In the anime, Ash currently uses a Rotom Smartphone, and it seems that is what this generation’s players are getting as well. This time around, the Pokemon will act as your personal companion, and assist you in entering in and keeping track of all your data as well as providing helpful tips and hints as the player progresses through Galar.

There is so much more to be had in Sword & Shield, with the first-time introduction of a female Pokemon Professor (Professor Magnolia), new mechanics, new interactive activities and so much more. November may not seem that far away, but the more we think about it, the more we hate having to wait to see what we can accomplish in the 8th generation Pokemon title.