The Mighty Morphin Power Rangers face off against The Foot, Shredder, and the Turtles in this 5-part comic event.

The Teenage Mutant Ninja Turtles have crossed over with all sorts of heroes and characters. From The Ghostbusters to Batman, they have been all over the map. Now, it seems they will be teaming up with the Mighty Morphin Power Rangers in a new 5-part comic arc. 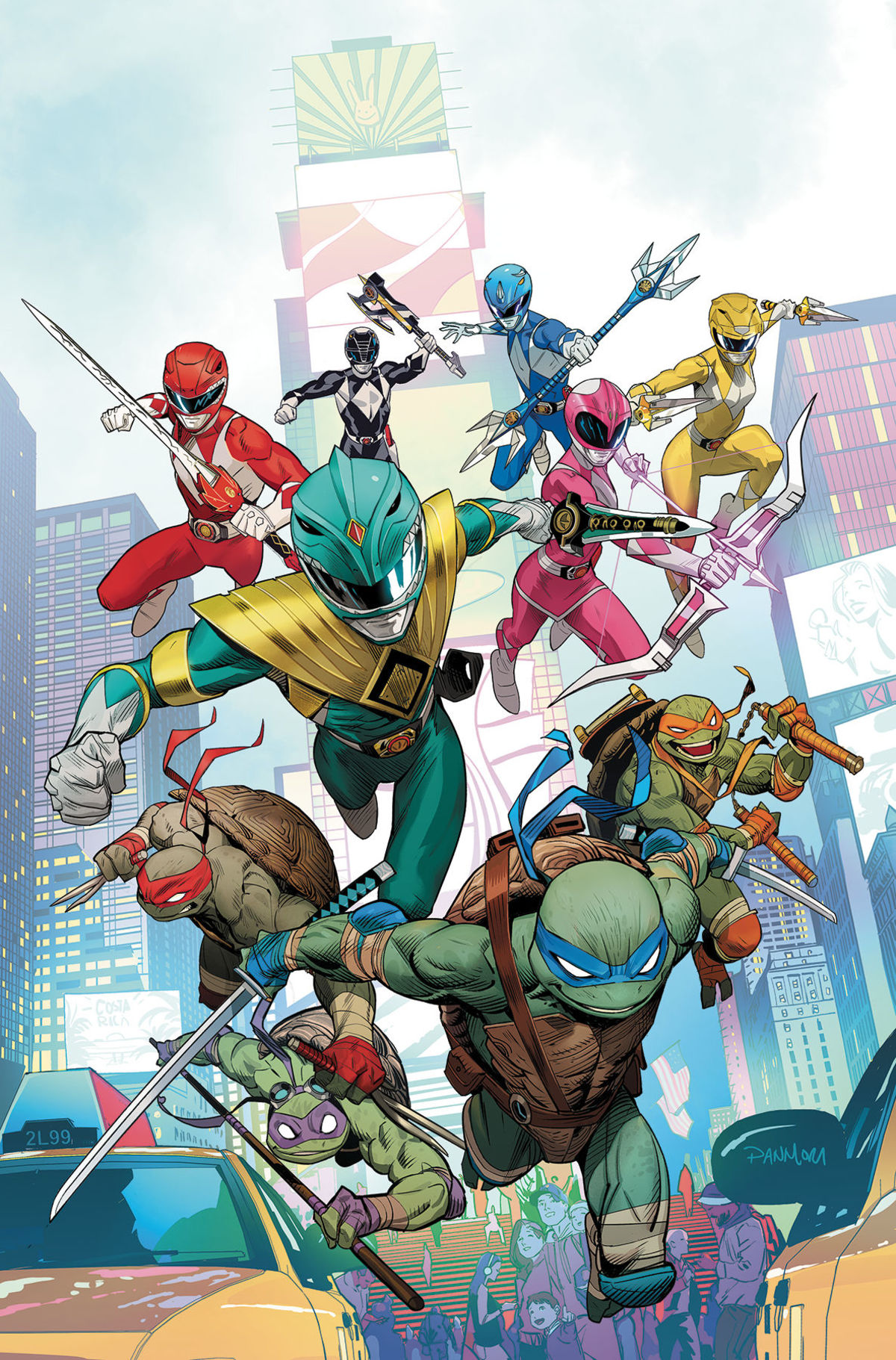 This is not the first time the Turtles and Rangers have met each other. During a special Power Rangers in Space episode Shell Shocked, the Space Rangers faced the Turtles after the latter had become mind-controlled by a villain. They eventually snapped out of it and became allies to take down the bad guys together- you get it.

Speaking with Newsarama, MMPRxTMNT writer Ryan Parrott reveals that the crossover event takes place during season one of MMPR. While not designed to be canon, Parrott says that it ‘easily could be’, but that this is really just for fun and allowing anyone to pick up the story and read it without being tied to a previous arc or story.

The plot of this crossover involves Tommy Oliver going undercover as a member of The Foot in New York, and this puts him at odds with their nemesis, the Turtles. The Rangers see Tommy fighting the Turtles and come to his aid, but discover that Tommy has joined forces with Shredder and Foot intentionally. Betrayed, the Rangers need to find out what is going on with Tommy while dealing with Shredder, The Foot, all while trying to convince the Turtles that they are on the same team.

There are obvious parallels between events, as you can see from the two images above.

Unlike the Batman/TMNT crossover event (which also got an animated film adaptation), where a tear in dimensions brought the two franchises together, the Power Rangers and the Turtles actually live in the same universe. The Turtles being in New York, the Rangers being in the fictional West Coast town of Angel Grove (which seems to be someplace in Southern California).