After the rights return in two years, Vaughn says he has something truly spectacular in store for Kick-Ass.

As a huge fan of the Kick-Ass comic series from Mark Millar, I have to say that I absolutely loved the first film, despite some minor and even semi-major differences from the source material. And as a huge fan, I absolutely hated what writer/director/hack Jeff Wadlow did to the second one.

With such a foul taste left in my mouth after Wadlow’s cinematic abomination, I had given up hope that we would ever see the film reach the conclusion of the Lizewski arc. But the more I thought about it, the more I was satisfied with this fact because of everything Wadlow did to screw the second film up. Now, more than eight years later, original director Matthew Vaughn is amped to share that the films are being rebooted into a new franchise when all the rights return in a couple of years.

If you aren’t familiar, Kick-Ass is the story of Dave Lizewski, a teenager who sets out to become a real-life superhero. His actions are publicized on the Internet and inspire other people. He gets caught up with ruthless vigilantes Big Daddy and Mindy “Hit-Girl” McCready, who are on a mission to take down the Genovese crime family (taken from Wikipedia).

Speaking to Collider, Vaughn expressed a concern that perhaps Kick-Ass was a little too early for its time, being an R-Rated superhero flick with excessive violence and foul language (though we largely blame Wadlow for the franchise fizzling out). Here is what Vaughn had to say:

“Because I think the clue is in the title. I think Kick-Ass became a new type of genre. Everyone was like, ‘Oh, you can’t make R-rated superheroes. No one will want to see an R-rated superhero. You can’t do this. You can’t do that.’ So, I had this idea, and it was so nuts that I went, ‘Yeah, great. It’ll cause just as much controversy, and everyone will talk about it and as many people that love it will hate it.’ But I’m not saying it hasn’t got the characters in it and won’t have, you know. I’m just saying it’s not what anyone could be imagining what it is. And I’m going to need one very, very brave actor or actress to play the new Kick-Ass because it will scare the shit out of them.” 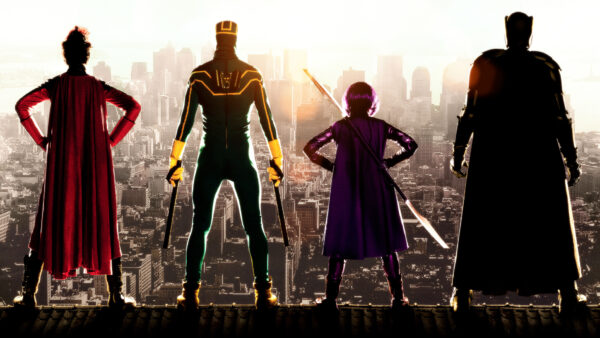 The first film was largely praised by fans and critics alike which assured a sequel and the potential for more, including a Hit-Girl spinoff that would follow Mindy, much like the comicbook spinoff of the same name. But after Wadlow’s disgrace and distasteful stink surrounded his sequel, all interest sort of just tapered off into nothingness. However, it sounds like Vaughn is anxious to bring about something truly amazing when the rights come back and he seems to be nearly bursting at the seams at the mere thought of it.

“We’ve got a big reboot of Kick-Ass in two years. Big reboot. It’s so f–king nuts that I can’t talk about it. But we’ve got that ready to go. All the rights revert back in two years and then we’re going to reboot it where people will be like, he is insane.”

Since the series began ten years ago, the comics have moved on into new characters picking up the mask and mantle of Kick-Ass with new writers penning their stories. Whether or not this reboot is about Lizewski or someone new is yet to be confirmed or even hinted at by Vaughn.

There Are Seven More ‘Kingsman’ Films Being Developed

Kick-Ass Comic Getting Rebooted with a New Female Lead

There Are Seven More ‘Kingsman’ Films Being Developed

Kick-Ass Comic Getting Rebooted with a New Female Lead