Jurassic World: Dominion Makes The Lost World Look Like A Masterpiece – Our Review

Your Jurassic fandom may vary, but we hated it.

A Jurassic Park/World movie has one job: To be about dinosaurs f**king shit up. However, the “creative” team for Dominion opted for a movie about locusts controlled by a tech CEO that looks like an evil Tim Cook and a subplot about hiding a little British clone girl.

The dinosaurs in this film felt like a minor inconvenience that the writers felt compelled to include just because they had to. This does not feel like a Jurassic movie. Mainly because there is absolutely no sense of real danger in any part of this movie. Planes crash and everyone lives, dinosaurs live amongst the people now but nobody gets eaten, bad guys shoot at the good guys but they have terrible aim. The list of inconsequential dangers goes on. For two and a half f**king hours. That’s too damn long.

Having the original trio of Goldblum, Dern, and Neill returning should have been cool, but they just didn’t fit into this movie and were obviously just included to get butts in seats. Mine included. Any time they came on screen the audience at my showing would clap, clearly blinded by the fact that they just got bamboozled out of $16 (or more depending on if you saw this thing in IMAX, 3D, or 4DX). Does anyone even still go to 3D movies anymore? Fools.

The interactions between the new and old cast felt so forced and unnecessary that I couldn’t help but cringe whenever they interacted.

Chris Pratt: “I read your book. Well, book on tape.”

Sam Neill: “I know you. You trained Raptors.”

The only somewhat entertaining part of this film were the action sequences and the use of old-school animatronics for the dino close-up shots, everything else was a f**king disaster. The main threat in this movie is a white-haired old man. They couldn’t even give the new apex predator a cool name. Giganotosaurus? Why not just call it Sidecharactersaurus? Since that’s exactly what it was. This franchise really needs to die like all of the humans in this movie should have. There’s no way that these massive creatures would coexist with humans just because we tell them to talk to the hand. 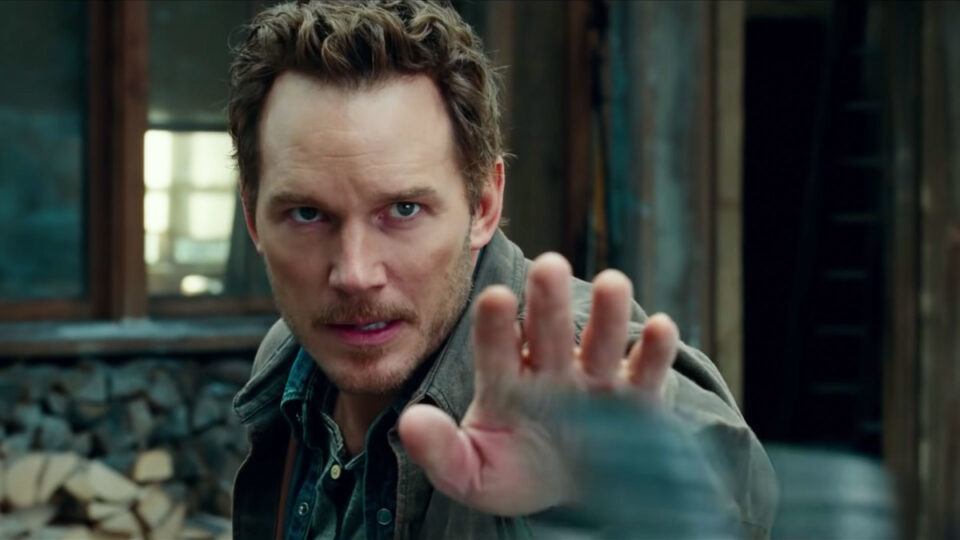 If you’re going to have humans and dinosaurs living together, at least show us more scenes of these creatures in modern cities like they teased at the end of Fallen Kingdom. I want to see Raptors tearing up the casino at Caesar’s Palace, or Diplodocus scratching it’s ass on the giant Bean in Chicago while accidentally stepping on a few people. Not peacefully creating a nest on top of One World Trade Center. Most of this film takes place in remote mountains and forests. Come on, let’s see some destruction or at the very least some blood. This is another film that couldn’t be fully realized because of the studio’s desire for a PG-13 rating.

Will it make a shitload of money? Of course, it will. And sadly, that just means we’ll get more of this haphazard dino-garbage. Which I hate to admit that I will likely go see on opening night. But I won’t be happy about it! You’ve all been warned.

Full Schedule
<p style="text-align: justify;">If you are the type to be blinded by nostalgia, you might think this movie is alright. But if you truly care about movies and the filmmaking process, you won't be able to stop yourself from tearing this movie apart.</p> <p style="text-align: justify;">There are some cool moments and the dinosaurs all look awesome, but to the film's detriment, they sadly take a backseat to the humans. The lack of real danger and the need to keep this at a PG-13 level causes this movie to fall pretty flat.</p> <p style="text-align: justify;">It'll obviously make a ton of money at the box office, and that's really all the studios care about these days. If you really want to watch a fun movie about dinosaurs, maybe check out <I>The VelociPastor</i> instead.</p>Jurassic World: Dominion Makes The Lost World Look Like A Masterpiece – Our Review