The Hunchback of Notre Dame has been added to the list of classic Disney films to be made into live-action.

When I think of all of the Disney movies I watched as a kid, The Hunchback of Notre Dame stands out as one of my favourites. I mean, who doesn’t like a protagonist with a twisted back story…

So to know a live-action version of the movie may be in the making is very exciting, especially after the success of the live-action Beauty and the Beast starring Emma Watson, Dan Stevens and Josh Gad.

Speaking of Josh Gad, you may know him from other films such as Frozen, Murder on the Orient Express and his role as Elder Cunningham in the original Broadway cast for the musical comedy The Book of Mormon. It is now rumoured that his next roles will include producing and starring in the live-action version of The Hunchback of Notre Dame. He will produce the film with Mandeville Films and although insiders have said that “no casting is solid at this point”, it’s rumoured that Josh Gad is set to play the main lead in the film as Quasimodo. 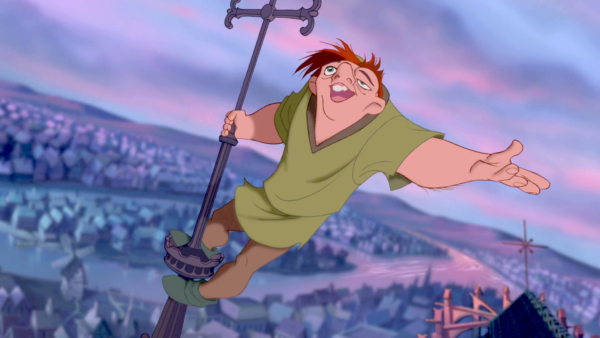 Also on board to make this dream a reality is David Henry Hwang as script writer, who also worked Disney’s Tarzan, and Alan Menken (Wicked and Pippin) and Stephen Schwartz (Beauty and the Beast, Aladdin and the original score for The Hunchback of Notre Dame) to write the music. The new live-action version of the film will of course pull from both the 1996 animated film and the book of the same name by Victor Hugo.

Not much else is yet known about the film, with a release date yet to be set, but it will be the most recent addition to a long list of Disney live-action movies, including Dumbo, The Lion King, Aladdin and Mulan. What I do know is that if you haven’t seen the original The Hunchback of Notre Dame, definitely see it before the live-action comes out. If you are unsure if you have seen it or not, the name should ring a bell.

Lucyhttps://GeekOutpost.com
Lover of PlayStation and snickity snacks.
Sign in / Join

Gina Carano Mocks Mask Mandate, Gets Fired by Disney for Being Incredibly Stupid