John Wick: Chapter 3 – Parabellum: He’s Back… Again, Beautifully Dropping More Bodies Than Ever Before. Our Review

How many more different ways can one man kill a person? Apparently a lot.

Let’s just be honest with ourselves for a second here, the real reason that we go to see a John Wick movie is so that we can see what crazy ways Keanu Reeves’ titular character can kill someone. When it comes to this, John Wick: Chapter 3 – Parabellum does not disappoint in the slightest. This film definitely has the highest body count in the series. It might be a spoiler to say that, but for true fans of the series that should only fuel the desire to check this movie out.

JW3 picks up exactly where Chapter 2 left off, with John Wick on the run from a $14 million global contract put out on his life by the High Table AND after being deemed “excommunicado” by The Continental. Not exactly a great time for him to lose access to all of the perks that an underground hitman hotel sanctuary can provide. But you know, that’s what he gets for spilling blood on Continental grounds. He knew what he was doing.

Without going too deep into it, while being chased down by every single assassin in the High Table’s contact list, John Wick ends up calling in favors from his insane past as a means of trying to stay alive. Each favor brings him to new locations that serve as the perfect backdrop for possibly the most beautifully shot fight sequences that I’ve ever seen. Perfect camera movements, perfect choreography, and major props to the sound effects team for the sound mixing. The gunshot sounds are so loud and realistic that you feel each one of those shotgun blasts deep in your core and even if some of the sequences could be a bit dark at times there are still perfectly accompanying sounds of a face smash or a bone crack to keep you immersed in the action. 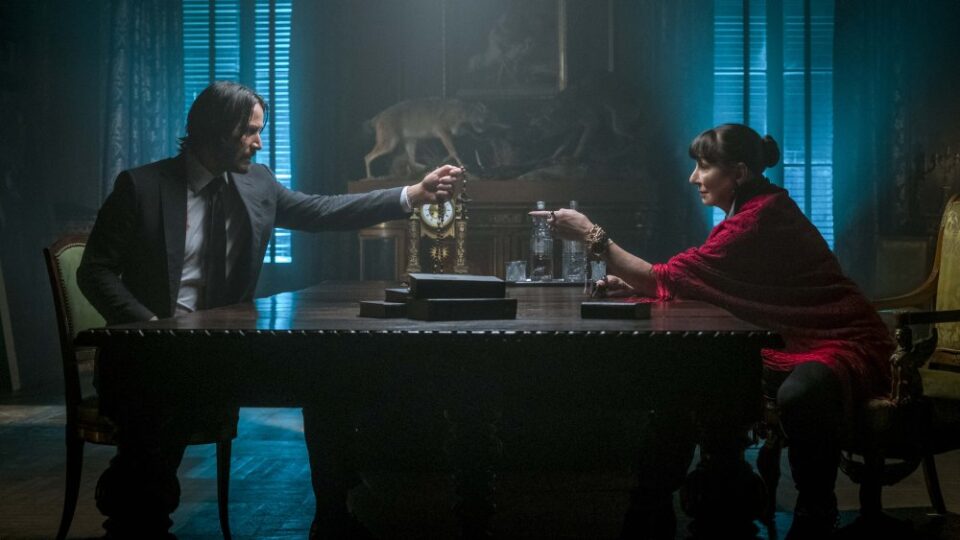 Keanu Reeves is so 100% committed to this role and it’s especially obvious in this chapter of the Wick chronicles. When you’re on the third movie in a series like this the filmmakers have to do everything they can to stay true to what their audience wants to see but also give them something they’ve never seen before, and I can say without a doubt that I haven’t seen anything like this before. We’ve all seen action movies and the Fast and the Furious franchise, but JW3 does over-the-top in a way that almost could be real if you just let yourself enjoy the ride.

To be fair, this chapter isn’t just about the killing spree (even though that’s a big part of it), it’s also about building on the world of the High Table, The Continental, the homeless underground of the Bowery King (Laurence Fishburne), and overall just seeing how much the assassin community truly respects John Wick. The main conflict of the film follows a representative of the High Table referred to as the Adjudicator (Asia Kate Dillon) as she goes around threatening and punishing everyone that has recently helped John Wick. It doesn’t really get more advanced than that, but if you haven’t seen any of the other John Wick movies I’d probably recommend doing so, not only because they’re badass, but they’ll also likely help you better understand what’s going on in JW3. Unless you’re just in it for the violence.

With this one, I think it’s safe to say that we at Geek Outpost have officially forgiven Ms. Berry for her performance in Catwoman

Halle Berry also joins the series as a key player from John Wick’s past that owes him a solid (damn blood oaths) so she joins him to kick some serious ass along with her two HIGHLY trained attack dogs. That scene alone is worth the ticket price. Knowing that she went through months of rigorous fight training and dog training to command those two dogs for pretty much one scene is pretty respectable. With this one, I think it’s safe to say that we at Geek Outpost have officially forgiven Ms. Berry for her performance in Catwoman. 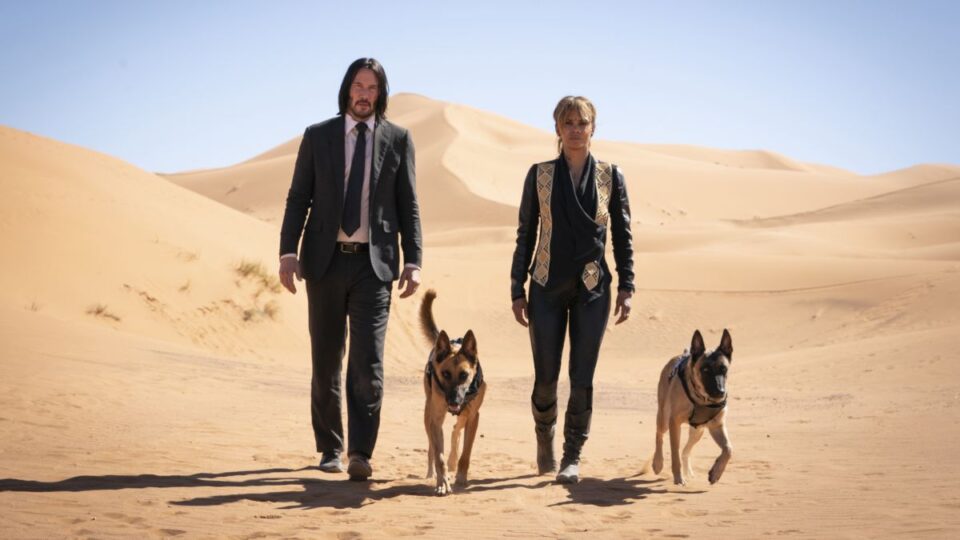 Overall this movie is full-on fan service for fans of the John Wick series. If you want to see John Wick kill a lot of people, you’ll almost surely enjoy this movie. Not only does the body count satisfy, but it’s also a film where it’s apparent that the filmmakers paid extra attention to the details where it counted. Not so much in the storyline, even though it does dive deeper into the world of Wick, but rather in the detail of the sound or how a head looks when its shot with a shotgun at close range, or even making death funny somehow. It’s quite a thing of beauty.

Why YuYu Hakusho is My Favorite Anime of All Time

Full Schedule
<p style="text-align: justify;">As a John Wick fan, this movie did not disappoint. It's definitely the most bonkers chapter in the series but it's also the one that dives the deepest into the underground world that these films are built around.</p> <p>Obviously, John Wick also does a lot of badass fighting, and this time he's brought some friends along with him to kill people in crazy ways. Oh, and guns and knives. Lots of those too.</p> <p>Huge props to Chad Stahekski for directing some of the most beautiful action sequences that I've ever seen on film. If you want good solid action, go see John Wick: Chapter 3 - Parabellum.</p>John Wick: Chapter 3 - Parabellum: He's Back... Again, Beautifully Dropping More Bodies Than Ever Before. Our Review