This Collector's Edition looks incredible but it will cost you quite a bit.

If you are like us, you are counting down the days until we reach January 27th, the day the highly-anticipated Dead Space remake drops for PS5, Xbox Series X|S, and PC. And while we most definitely want a physical edition of the game, we were surprised to see that not much has been said about any sort of Collector’s Edition.

After doing a little searching, we found that Limited Run Games, a popular site that makes collector’s and physical editions for games in limited quantities, has a Collector’s Edition of Dead Space for PS5, Xbox, and PC that comes with some awesome collectibles. But it’s expensive… 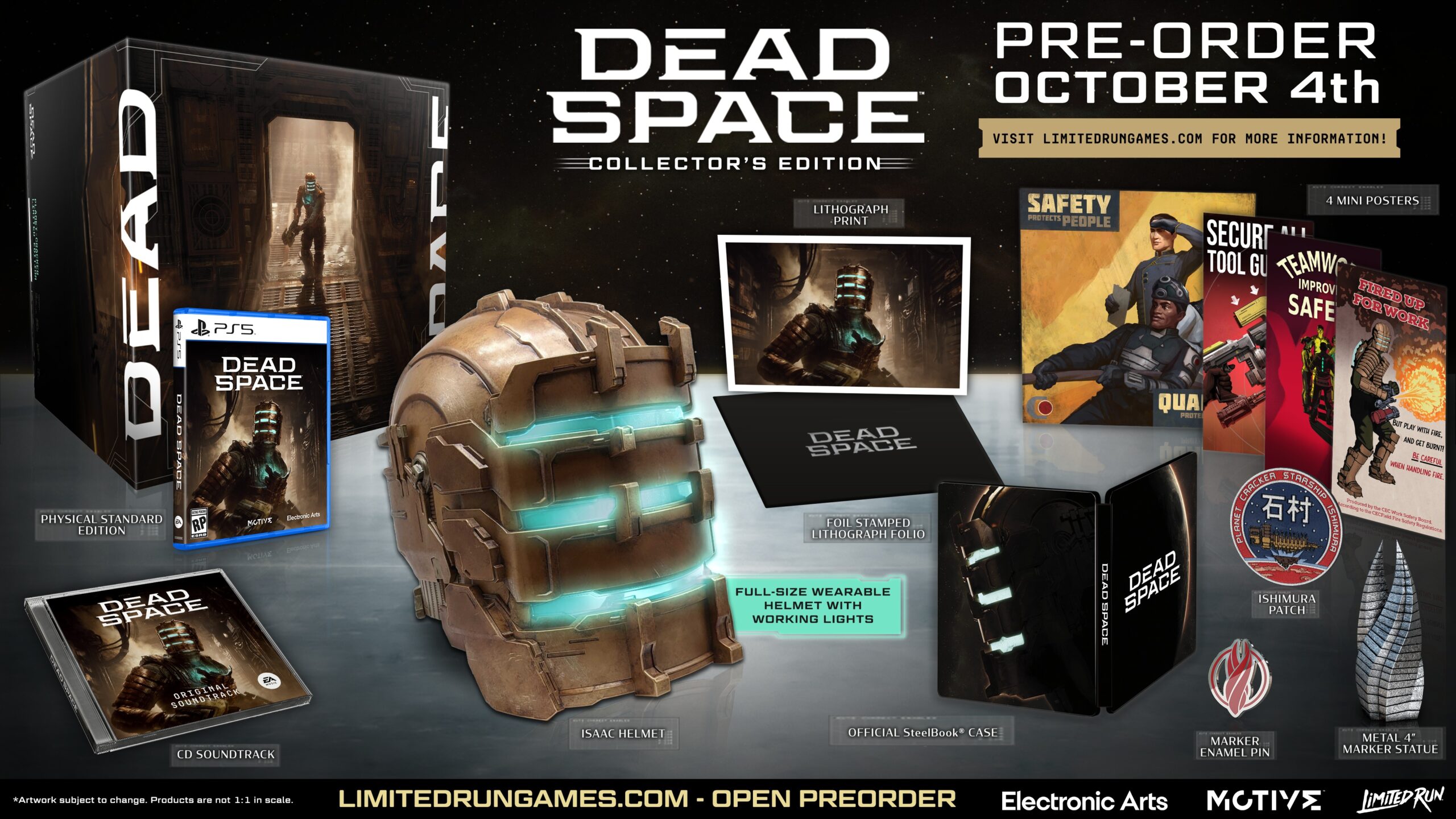 ~ Does not include the Digital Deluxe DLC

For $274.99 USD (+tax and S&H), you get all of the above, not including any Digital Deluxe DLC. Naturally, we snagged a Collector’s Edition for ourselves but we opted for PS5 over PC for a couple of reasons. First, the PC Collector’s Edition does not come with a physical game and only comes with a digital code for Origin (ew). If it were for Steam, we would have gone that route instead.

The other major reason is that these days have seen some rather rocky and unstable releases for PC when a game releases on console platforms at the same time. When January 27th arrives, assuming our Collector’s Edition arrives that day, we want to jump into Dead Space right away. There is a much better chance that the game will play with far fewer issues on the console over any beefy PC. Plus, the PS5 competes visually with many high-end PCs so it isn’t as big of a noticeable performance jump to the average gamer.

While $274.99 might seem high, because it is, the real stinging feeling didn’t come until we saw that shipping was nearly $50 additional dollars, plus tax. When all is said and done, the total for us came out to a staggering $342.87 (youch). This is by far the highest amount we have ever shelled out for a Collector’s Edition but considering that despite not being a “numbered release” like many other Limited Run Games titles are, this collection is still being made in limited quantity.

Limited Run Games has a lot more to offer than just the Dead Space Collector’s Edition so if you want to see what they got available, we feel pretty strongly that you may stumble across something that interests you. That said, we just want to clarify that this is not a sponsored post. We just thought what they had was cool enough to tell you about it.

Don’t care about the Collector’s Edition? We get it. That is a pretty high price to pay. You can still order the standard game for $59.99 or the Deluxe Edition for $69.99 over on Steam:

Check out the Official Gameplay Trailer for Dead Space