The wait for Cuphead following its 2014 reveal to its 2017 release felt longer than it did. With its 30’s-inspired art style and animation, the game looked like no other game at the time, and that remains true to this day. Despite its uncommon charm, many were unable to play Cuphead when it finally released, as it was a PC and Xbox One exclusive title.

Two years later though, the game is now available on Nintendo’s wildly popular hybrid console the Switch, thanks to Microsoft and developer Studio MDHR.

I played Cuphead back when it launched on Xbox One, but I’m happy to report Cuphead is well worth returning to thanks to the portability of the Switch.

After making a bad bet with the Devil, sentient cartoon drinking vessels Cuphead and Mugman are forced to collect the souls of those who already owe the Devil; which are giant rubber hose-armed bosses.

Part boss rush part run and gun, Cuphead on Switch controls just as well as it did on Xbox One. Gameplay is smooth and controls are responsive, in any input method you choose. That means dodging a boss’s attack or using the Lobber in handheld mode feels just as good as playing docked mode with a Pro Controller. Playing the game with a GameCube controller or single Joy-Con is doable as well, just make sure to change your control setup to account for the missing triggers. 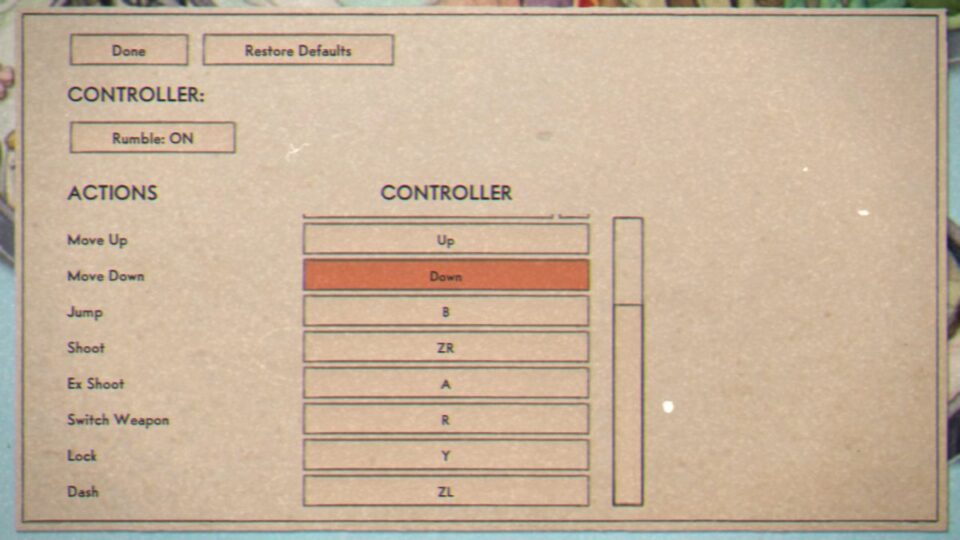 My preferred control setup on Switch

My expectations for the Switch conversion of Cuphead from a performance and image quality perspective was low prior to playing the port. After all, this is a game that had fairly long load times on an Xbox One S. However, it is mind-blowing how well Cuphead runs on Switch. There are no performance hiccups with frame rates, the game is still gorgeous (thanks of course to its timeless animation style), and load times were actually better than the Xbox One version (prior to the free patch for the Xbox One patch available 4/18). It’s honestly amazing how well this game fits onto Switch

In terms of new additions to the Switch port (and other versions of the game via a patch), you can now select Mugman as a playable character when playing solo (which I did). Mugman is only aesthetically different from Cuphead (blue and a big nose), and it would have been nice for him to have unique properties, like a longer jump or less health, but the upcoming DLC (coming to all platforms) will feature Ms. Chalice, a new character with new abilities.

By far the greatest addition to Cuphead on Switch is the latent portability of the console. It’s well known at this point that Cuphead is a very challenging game, with some bosses taking dozens of attempts before you figure out how beat them. This process of learning a fight, trying different weapons, and repeating multiple times lends itself very well to being on a portable console. Nearly my entire playthrough was done in handheld mode, and this meant I could attempt a battle all over my apartment, picking up and putting down my Switch as I rethought or prepared for a repeat attempt. While doing so, I was never as frustrated as I was playing the game on Xbox, since I could experience the game at my own pace, wherever I wanted to. I know this is a simple point, but the convenience of the Switch can alleviate the perceived challenge Cuphead puts in front of the player, and in turn make it more digestible and enjoyable. 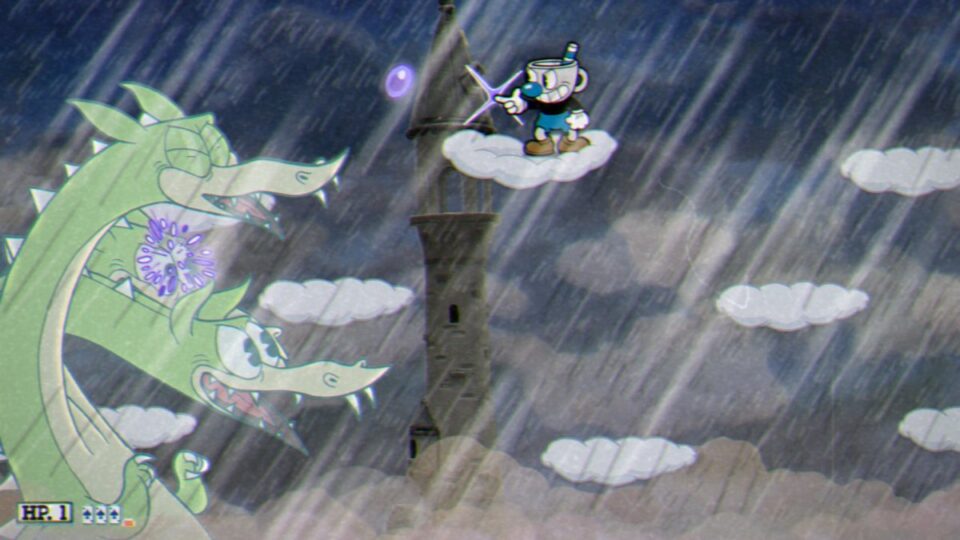 The new power of portability aside, everything else that rules about Cuphead still rules on Switch. The 2D animation is still as gorgeous and fluid as ever (I love the hand gesture Cagney Carnation does), the extremely challenging bosses are still extremely challenging (Wally Warbles and Rumor Honeybottom can go to Hell), and Kristofer Maddigan’s big band soundtrack is still perfection.

Saying a game would be “perfect for the Switch” has become an overused and hyperbolic sentiment. Of course every game would be perfect for Switch. However, Cuphead is actually  the perfect embodiment of this idea. The game’s scope, style, and gameplay all translate flawlessly to Nintendo’s hybrid console, and the convenience of rumbling with the Devil’s debtors wherever and whenever you want makes Cuphead a more enjoyable experience. If you have a Switch and haven’t played Cuphead yet, or are looking for an excuse to replay it, golly gee, now is the time.

Cuphead is now available for Nintendo Switch via the eShop.