A video from as early as 2017 recently resurfaced and shows Akira Toriyama drawing Goku freehand.

Akira Toriyama is one of the most beloved names in all of the manga industry. Synonymous with Dragon Ball, perhaps the most popular manga/anime of all time, Toriyama is not known to make too many public appearances, even to support his own creations.

This was a conversation that was brought up when a twitter user posted a clip earlier this week, allegedly showing Toriyama drawing Goku freehand. This caused quite a stir not only on Twitter but on some media outlets as well. The thing is, this clip is actually quite a few years old, at least. The other thing is, the video doesn’t show Toriyama’s face, so it might not even truly be him (but we are willing to give the benefit of the doubt).

Doing a little digging, we quickly found the full clip on YouTube, having been posted back in February 2017, though this might not be the first time it was posted there. And while the video is nothing new (it could even be older than this 3-year-old video), it is still pleasing to watch, even if it isn’t Akira Toriyama (though it very well could be).

The final product is indeed impressive, the use of these shades of colors is equally pleasing, and fans are sure to get a kick out of it (see what we did there? Because Goku is kicking?). We just wanted to make sure that expectations were set properly by pointing out that this isn’t something new, but that certainly doesn’t take away from how awesome it is.

Dragon Ball has gained significant popularity over the years with a massive boost due to the DBZ sequel manga and anime, Dragon Ball Super. Adding in that two recent theatrical films, Dragon Ball Z: Resurrection F and Dragon Ball Super: Broly were both smash hits, it would be hard to say that Dragon Ball, and by extension Akira Toriyama, were not household names at this point. And if not, you certainly know the name Goku, or at the very least that orange gi and spiky black hair. 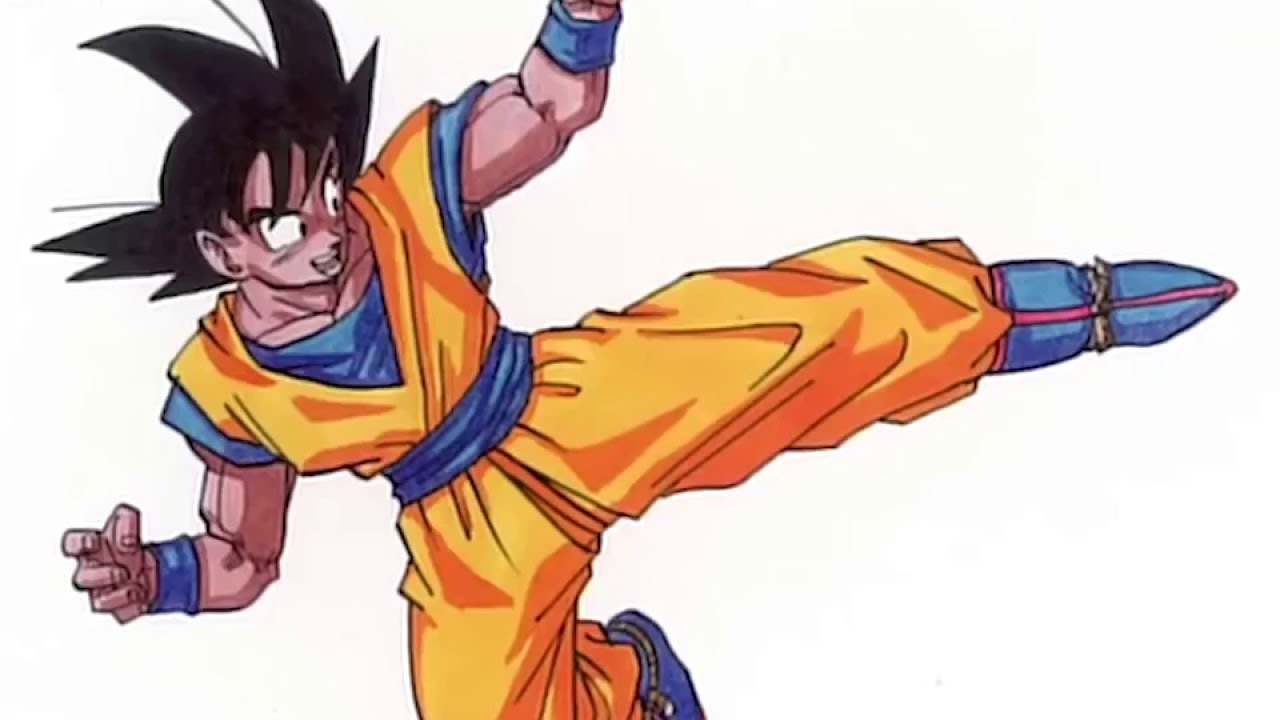