Superman Spotted on Set of ‘The Batman’

Superman has appeared on the set of the upcoming film, The Batman, but it isn't Henry Cavill so who is it?

Earlier today, some behind the scenes set photos of the upcoming film ‘The Batman’, starring Robert Pattinson, flooded social media with what is very clearly Superman, or someone dressed as Superman. This raises a handful of questions, but take a look at the photo yourself before we address them down below.

Sooooo @SamMcTweets just sent me this pic. Sooooo this means two things one this is 100% a Halloween party

And 2 DOES SUPERMAN FUCKING EXIST IN THE REEVERSE!!!!!!

The Batman takes place during the first couple of years of Bruce Wayne being active as The Dark Knight, and that means the Justice League has not yet been formed and therefore, very unlikely that Superman is active in Metropolis. And considering that the Snyder-Verse introduced Superman after Bruce Wayne had some gray hairs lining his head, it is safe to say that this isn’t the same Superman which features Henry Cavill in the role of the Man of Steel. Makes you wonder, is this actually Superman, or is this something else entirely? 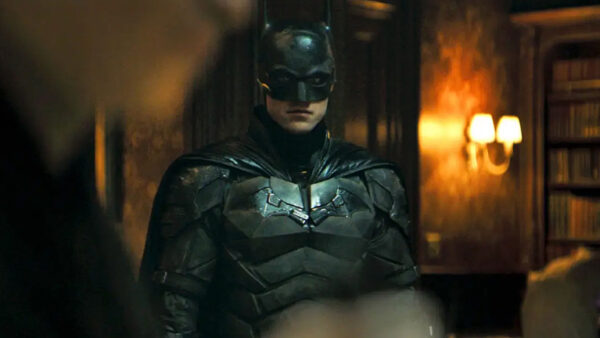 According to sources, this isn’t a fan that made his way on set, but actually a possible paid extra who is supposed to be there during an important scene or sequence. If that is the case, either Superman exists in this world already while Batman is fresh and new to the vigilante career, or it means something completely different like perhaps a dream sequence, or a Halloween party (which is what some are saying on social media) taking place in the movie. This would make sense as we have heard that there are important scenes and or sequences that take place in the movie on Halloween. The Halloween party, if that is indeed why someone is dressed as Superman, would enforce that Superman is an already existing and active entity in this universe, as it would be far less likely that Superman would be a work of fiction in a Batman movie. Possible, but extremely unlikely.

Matt Reeves’ The Batman is scheduled to swing into theaters in June 2021, and will answer all our questions but this does make you wonder whether or not this version of Batman is the same one we see in Snyder’s films. We couldn’t possibly imagine Pattinson growing up into Affleck, but hey, if we are to believe that Josh Radnor grows into Bob Saget, anything is possible.

Matt Reeves’ ‘The Batman’ Gets its First Trailer and We. Are. Hyped.