Once Upon A Time In Hollywood feels like the movie Quentin Tarantino has wanted to make his entire career.

The late 1960s Hollywood setting is the most alive and well-developed backdrop in any of Quentin Tarantino’s films, presumably because of his love for the location. This setting allows him to so easily share his passion for film and Los Angeles itself through crazy attention to detail in every set and location to the numerous references to actual movies, tv shows, actors, and real-life events depicted throughout the film. He even had his crew close down and transform some of the streets of LA to look exactly as they did back in 1969, just for a couple of driving-around shots. Now that’s love.

The film plays out like an homage to 60s-era film and television with actor Rick Dalton (Leonardo DiCaprio) and his stuntman Cliff Booth (Brad Pitt) at the center of it all. Rick is struggling to stay relevant in his field while weighing the possibility of having to move to Italy to make shitty spaghetti westerns, and Cliff is seemingly just along for the ride, happy to be by Rick’s side through it all as his personal motivational coach. Rick Dalton and Cliff Booth are arguably the best pair of lead characters in a Tarantino movie. Brad and Leo have a chemistry that makes them feel like actual real-life buddies and not just quirky characters with well-written dialogue. Although, to be fair, in true Tarantino fashion they do also have extremely well-written dialogue. 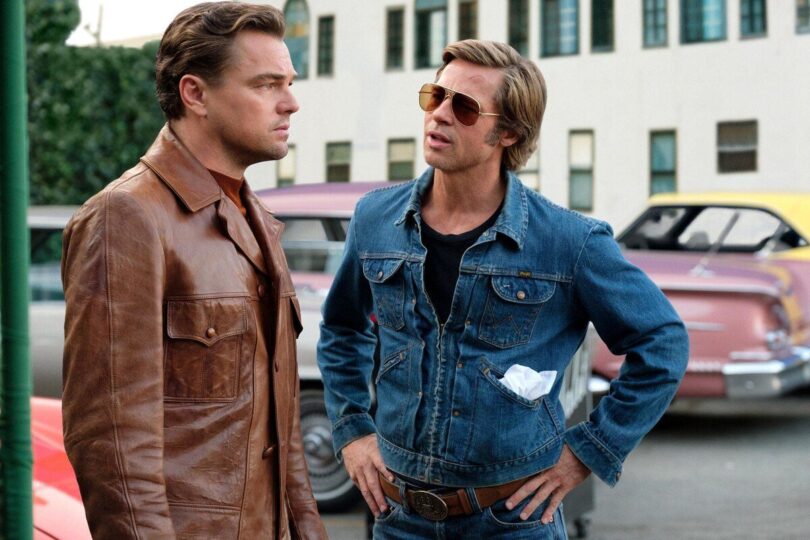 Like all Tarantino movies, there are also standout supporting roles. Margaret Qualley as the Manson Family hippie Pussycat is extremely charming and entertaining, and Julia Butters puts on a phenomenal performance as a method child actor who works with Rick Dalton, providing a really genuine and touching moment in the film, something generally untapped in most Tarantino films.

Just to clarify, you don’t need to know anything about Charles Manson, or Sharon Tate when going into to this film

Once Upon A Time In Hollywood also follows Margot Robbie as Sharon Tate for a few scenes. Tate is married to director Roman Polanski, and Polanski is Rick Dalton’s neighbor. That’s about as far as their connection goes. Robbie’s scenes are entertaining enough and she does a great job at getting the audience to connect with her character even without many spoken lines, but her scenes rarely lend much to Dalton or Booth’s stories, or to the overall story for that matter if you don’t know anything about real-life Sharon Tate. Just to clarify, you don’t need to know anything about Charles Manson or Sharon Tate when going into to this film, but if you do, you’ll likely appreciate the attention to detail. 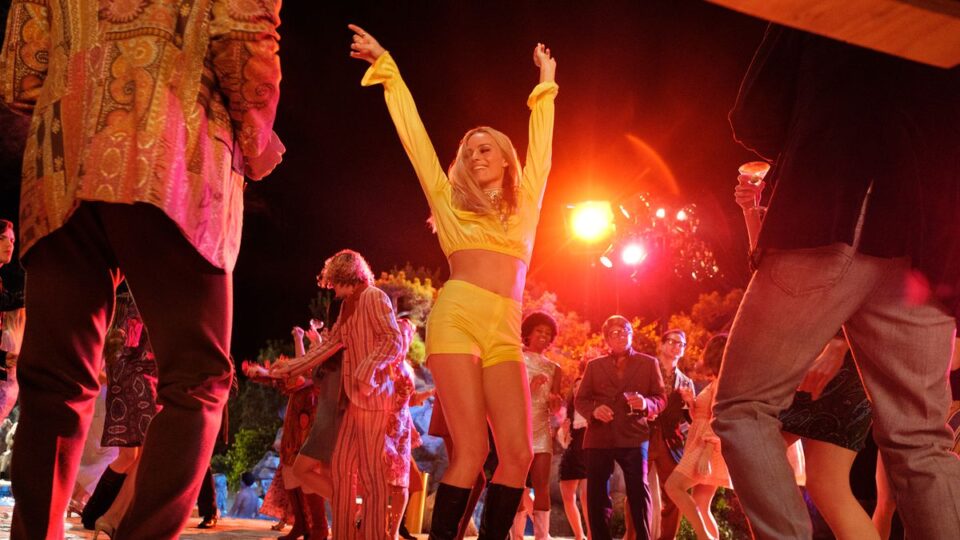 The foot fetish is alive and well in this one, folks! Hey, is that a windshield? Better press your feet up against it. Is that a movie theater chair? Better take your shoes off and put your feet up! Oh, the ground is all dirty? Well definitely don’t wear shoes and let me get a close-up of those feet! At this point, it’s to be expected. True Tarantino fans will not be disappointed.

The entire film clocks in at a little over two and a half hours and for the first two-thirds, we’ll be honest, not a lot happens. During this time we highly encourage you to just sit back, and enjoy the visually stunning cinematography, the LA backdrop, and the great chemistry between Brad and Leo, because once you make it to the end of this flick you’ll be massively rewarded with the most entertaining climax to a Tarantino movie ever. Period.

It’s also worth mentioning that Once Upon A Time In Hollywood is easily the funniest Tarantino movie to date. Pair that with the relationship and emotional performances of DiCaprio and Pitt as Dalton and Booth, and you’ve got a recipe for Tarantino’s most sentimental film yet.

Why YuYu Hakusho is My Favorite Anime of All Time

Full Schedule
Once Upon A Time In Hollywood... Is Tarantino Storytelling At Its Finest - Our Review<p style="text-align: justify;">This is the most well-rounded Tarantino movie in his collection. The directing choices are spot on, the dialogue is well written, and even better delivered by some of the most talented actors working in Hollywood today. </p> <p>Leo and Brad breathe life into Rick and Cliff and their relationship is what keeps the audience entertained for over two hours. The climax is phenomenal, but the ride there deserves some credit as well.</p>