The incarnation of evil (finally) appears...

Janemba is a demon formed of pure evil that appears in the Dragon Ball Z movie Fusion Reborn. Like the film, he initially appears in his (non playable) chubby-yellow childlike form. 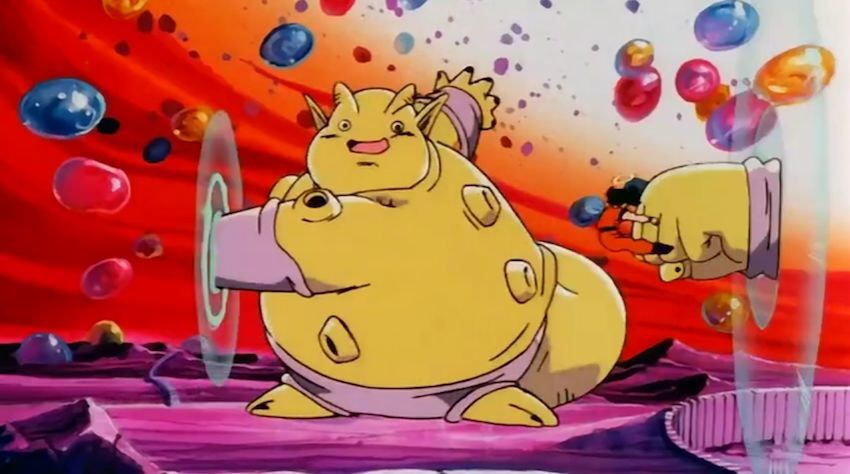 Like in Fusion Reborn, Janemba uses a multitude of reality-bending powers and moves in FighterZ, such as his Illusion Smash technique where his limbs enter portals then strike opponents through other portals. His Super Move appears to be Lightning Shower Rain, a very slick looking attack where Janemba traces his finger in the air to create a line of energy, which he then throws as sharp needles.

While Janemba doesn’t have much character or personality (he’s just evil), his awesome illusion and teleportation-based moves certainly make him a welcome addition to the FighterZ roster.

Janemba is available to download in Dragon Ball FighterZ on August 8.