One Piece fans are in for a huge treat next month when the upcoming One Piece Film Red arrives in theaters across North America. Beginning on November 4th, theaters across The U.S. and Canada will get to experience the incredible film that is taking the globe by storm. 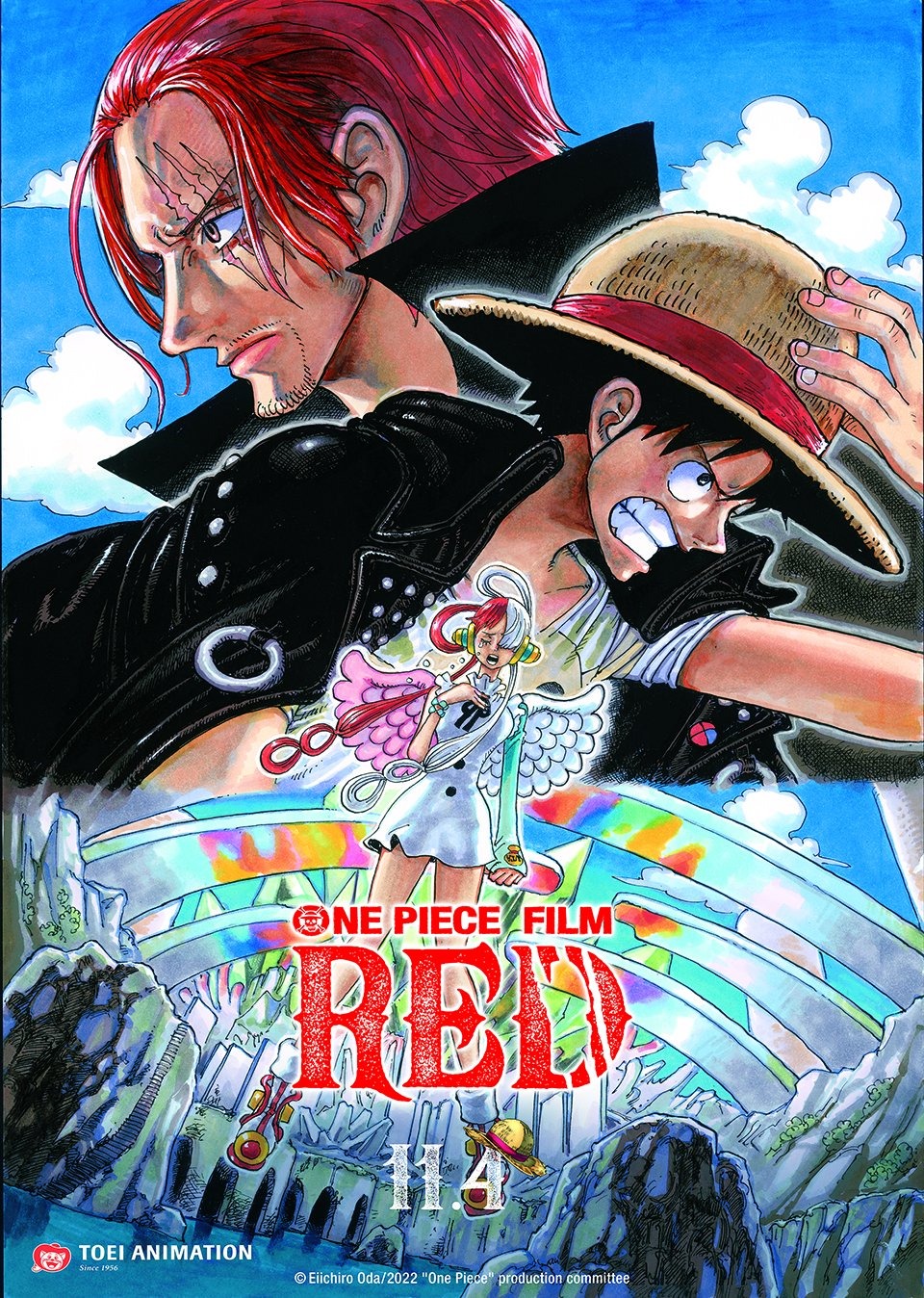 The official synopsis for the film reads as follows:

Uta–the most beloved singer in the world whose voice has been described as ‘otherworldly’–is renowned for concealing her own identity when performing. Now, for the first time ever, she will reveal herself to the world at a live concert. With the Navy watching closely, the venue fills with Uta’s fans–including excited pirates and the Straw Hats led by Luffy, who simply came to enjoy her sonorous performance–all eagerly awaiting the voice that the whole world has been waiting for to resound. The story begins with the shocking revelation that she is the enigmatic Shanks’ daughter.

One Piece Film Red made its debut in Tokyo on July 22 and then across the rest of Japan in August and has made over $112 million worldwide since, smashing the box office results of Dragon Ball Super: Super Hero.

One Piece is overwhelmingly popular in Japan, more so than the Dragon Ball franchise, and that popularity is taking the world by storm, especially in North America. With over 103 volumes, One Piece is still going and going strong, stronger than ever, even. And if the past is any indication, this film is going to do exceptionally well in North America.

If you are looking to secure your tickets, you might have a hard time as the listings aren’t up just yet since the film is still a couple of months out. However, you can head over to AMC and set a reminder for yourself so you can get those sweet mid-back center seats at your local theater.

Toonami Faithful – Here is What’s on the Schedule for Saturday, February 4th, 2023

Toonami Faithful – Here is What’s on the Schedule for Saturday, February 4th, 2023

Toonami Faithful – Here is What’s on the Schedule for Saturday, January 28th, 2023