Could Hugh Jackman be gearing up to reprise his role as Wolverine or is he just having some fun with light trolling?

Over the holiday weekend, Hugh Jackman sparked a massive flurry of online discussion regarding a now-deleted post he made on Instagram featuring his iconic Wolverine character and a picture of himself standing with Marvel Studios’ head Kevin Feige. While the future of the X-Men’s eventual inclusion in the larger MCU remains shrouded in mystery, one thing we do know is how badly fans want Jackman to return in the role of Wolverine. 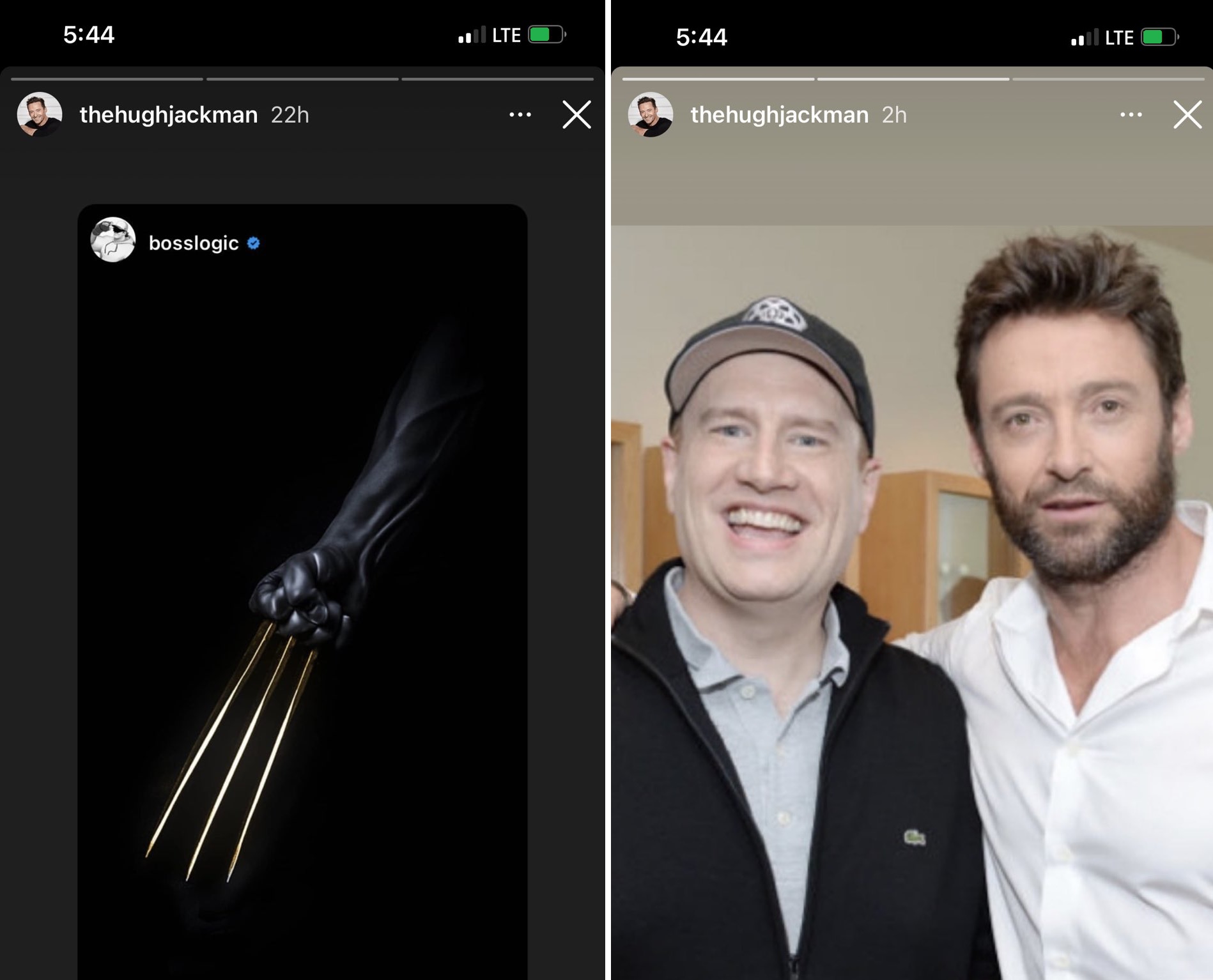 The above screenshots were taken directly from Hugh Jackman’s Instagram story, which has since been deleted, which featured both images back to back with no explanation. The popular artist Boss Logic has lent his talents to many Marvel heroes in the past, which include Wolverine and has many times. For whatever reason, Jackman felt it necessary to share this specific photo just moments before posting an image of himself beside the architect of the MCU, Marvel Studios president Kevin Feige.

Over the last few weeks, the MCU has been focusing heavily on Black Widow as it hits theaters and premium streaming services this week so there is no way there would be a marketing ploy to cast a shadow over Widow with news of the X-Men or say, the Fantastic Four– something Feige also addressed briefly while on the red carpet recently.

While we don’t have any news on the X-Men joining the MCU, it is likely that we will get a least a glimpse of what the possibilities of this will look like after we see the third Spider-Man movie as well as Doctor Strange and the Multiverse of Madness. With those two movies focusing so heavily on the greater expanded universes, many suspect that this could be where the X-Men could come from.

This reminds us of how the CW handled the Arrowverse with the inclusion of so many of the Justice League characters. They took a very basic and simple approach after all the characters had their own solo shows in separate universes and then had a major cataclysmic multi-universe event that destroyed all but one singular universe which became the home for all of DC’s heroes. From there, they threw a plot bandaid on things that changed the course of history so that everyone, other than the heroes themselves, remembers the past as the heroes always being there on their earth together since the very beginning.

All of this is so very exciting and while Black Widow is right around the corner, just less than 72 hours away from its worldwide theatrical debut, we simply can’t wait for the future.