[dropcap size=small]A[/dropcap]fter several failed attempts at bringing the Fantastic Four to the big screen in a way that is both profitable for Fox and pleasing to fans, you would think that Fox would do wash their hands clean of the franchise. (Just hand it over to Marvel already, please) Nonetheless, it appears that Fox is giving the Fantastic Four one more attempt. Except it won’t be the Fantastic Four, it’ll be focused on Doctor Doom and Legion creator Noah Hawley is developing the film with his eyes on the director’s chair.

Noah Hawley broke the news to fans towards the end of his panel for FX’s Legion, teasing everyone that is would be developing a film for Fox which fans might find interesting.  “Two words,” he said. “Doctor. Doom.” Just how Noah Hawley plans on producing a film center solely around Doctor Doom is a mystery. Doctor Doom gets his powers in an accident alongside the Fantastic Four so to create a story centered around Doctor Doom would mean the four superheroes would need to be involved. However, Noah Hawley has made it abundantly clear with his work on FX’s Fargo and Legion that he certainly does have talent. Maybe there is hope for the franchise? 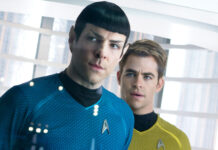 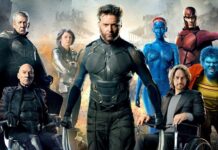