Death Note is Back! Read the New Sequel One-Shot from Tsugumi Ohba and Takeshi Obata for Free Now!

Writer Tsugumi Ohba and illustrator Takeshi Obata are back and bringing us an 88-page spin-off featuring Ryuk and a new youth who has taken ownership of the Death Note.

Years after the events of Light Yagami’s Kira and L facing off against one another, and the death of both, the world has become a very different place. The public and police alike are aware of Shinigami and Death Notes and all the supernatural forces that go along with them. Global security has been boosted to a level where Light’s run as Kira would be far more difficult to pull off and many are on edge. However, things are about to change.

Now, the Death Note belonging to Ryuk has made its way to earth once again after Ryuk purposely brings it there and the Note has reached the hands of Minoru Tanaka, a youth with an intellect and a very different purpose in mind for the Death Note- he is going to sell it. 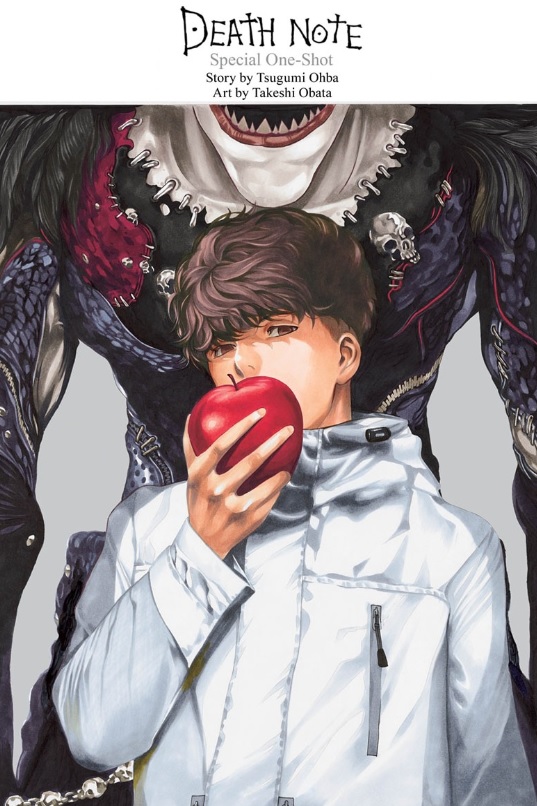 VIZ is hosting the 88-page sequel for free on their website, which you can read here for yourself. The art and style are the same as what you would expect from Tsugumi Ohba and Takeshi Obata, and we can’t wait to dive into and return to this world.

Our World is the Battleground in Jump Force. Here’s What We Know So Far

Our World is the Battleground in Jump Force. Here’s What We Know So Far

Netflix’s Death Note Remake is Bland, Boring, and Disappointing from Start to Finish