Destiny 1 Wasn’t Perfect, but it Ended in a Better Place than Where D2 is Right Now (Opinion)

Destiny 2 is plugging along through Y3, but even now it fails to live up to the successes of its predecessor.

Destiny (2014), Bungie’s first game outside of the Halo franchise, was met with mixed reviews with some major directive blunders, story failures, mismanagement, and all while simultaneously mastering what would become, at the very least, the standard for gunplay and diversity within the first-person shooter genre.

Destiny managed to go through many changes, updates, enhancements, and DLC throughout its 3-year life, ending on an incredible high note with Rise of Iron (RoI). Year 3 (Y3) for Destiny had put the game at an all-time high with every gun and nearly every set of armor having been updated to meet the Y3 standard (Bungie had tweaked leveling, power, and “light” multiple times before Y3 ended). However, Destiny 2 (2017) was a massive dud in the eyes of the community, despite the moderate initial financial and critical success.

Destiny 2 launched with a coherent campaign, something that Destiny 1 lacked due to major shifts in management and control during the story structure and release of the first game. Many fans of D1 will remember that the game shipped with a sort of Frankenstein-like story that was devoid of making more than a little sense, with many campaign missions becoming repackaged and released as future DLC, such as many missions within The Taken King expansion of Year 2 (Y2). And while D2 launched with a story that made sense, it was boring and missed out on delivering any intrigue or mystery that the first game contained at any given point throughout its life cycle.

D2 was met with decent reviews, largely in part of the campaign, but once players beat it (it only took a few hours), they found that the game sort of just stopped dead in its tracks with nothing to do, nothing to chase, and no activities to keep players interested. What made Destiny 1 so great was the chase of ‘Random Rolls’, or guns/weapons that could drop with various perks. This lead many players to grind like mad to find the combination of perks that would best enhance and synergize their gameplay. This feature was abandoned in favor of ‘Static Rolls’ with far less available perks in Year 1 of D2.

The ‘Random Rolls’ that weapons had all throughout D1 were absent during the entire first year of D2, which allegedly lead to the departure of Senior Gameplay Designer Josh Hamrick, who was allegedly responsible for the choice to abandon Random Rolls and move forward with Static Rolls instead. This may have been the single greatest reason behind the massive decline in the player base leading into D2 Y2 with The Forsaken campaign, which boasted its biggest feature- the return of Random Rolls once again.

Already, you can see that Bungie made a massive mistake removing Random Rolls and replacing them with basic weapons that felt, for the most part, objectively boring to use. However, while we highlight the fact that Random Rolls were removed, there were countless other design and gameplay choices that made Destiny 2 objectively far less re-playable.

A recent post over on the /r/DestinyTheGame subreddit focused on how many fans are making it sound like D1 was perfect when it wasn’t. This was met with mixed comments from the community, as the post fails to grasp that the community at large never said D1 was perfect, far from it, in fact, but instead that D1 ended in a better place than D2 finds itself in now, despite having released two major expansions at the start of Y2 and Y3, respectively.

User u/MightyMachin points out some of the most commonly referenced features that were removed from D2 Y1, and have not seen a return in what is now Y3 of D2. We have taken to cleaning up and expanding on u/MightyMachin‘s comment, but we agree that the absence of these features is bizarre, to say the least. 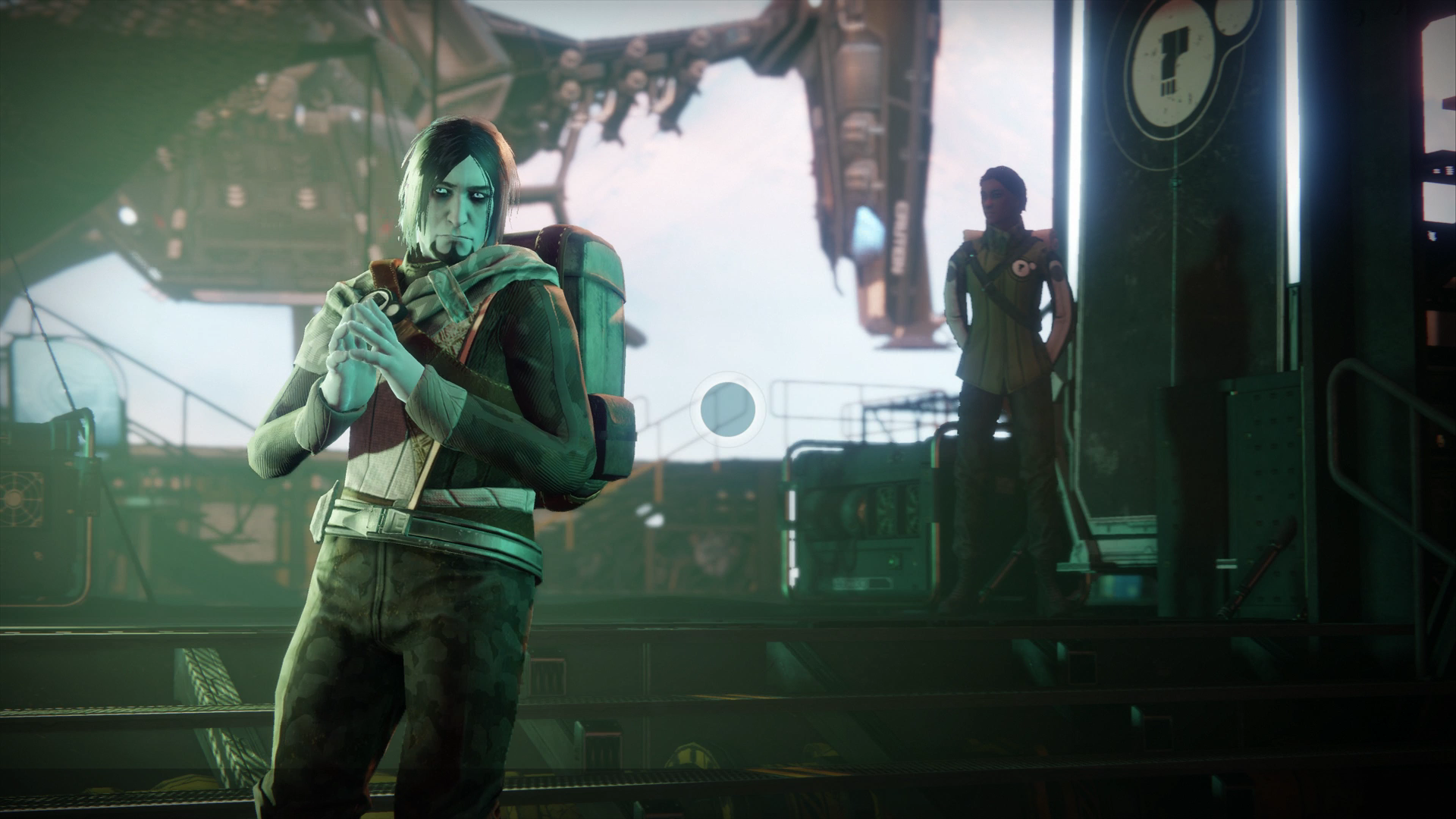 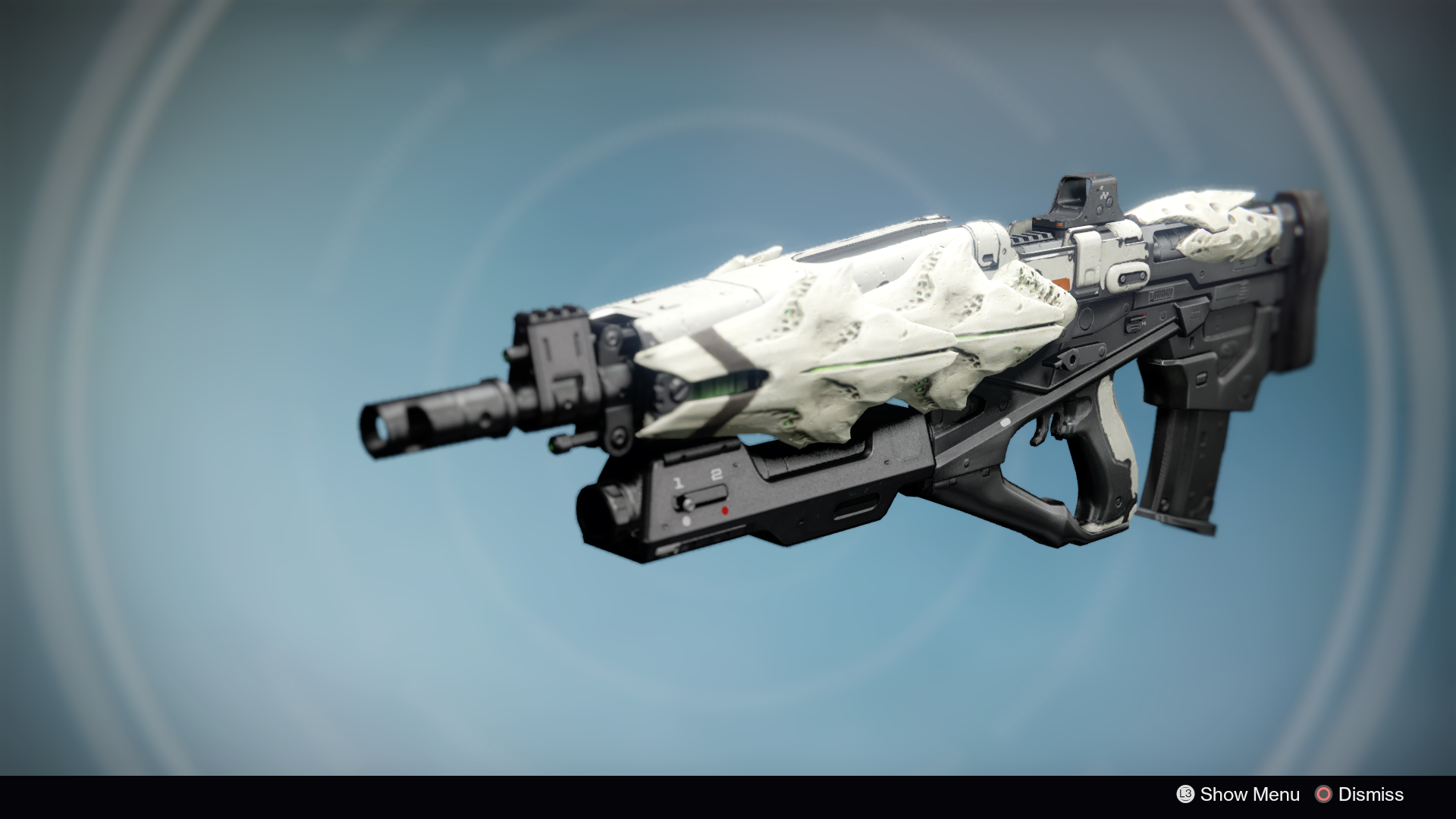 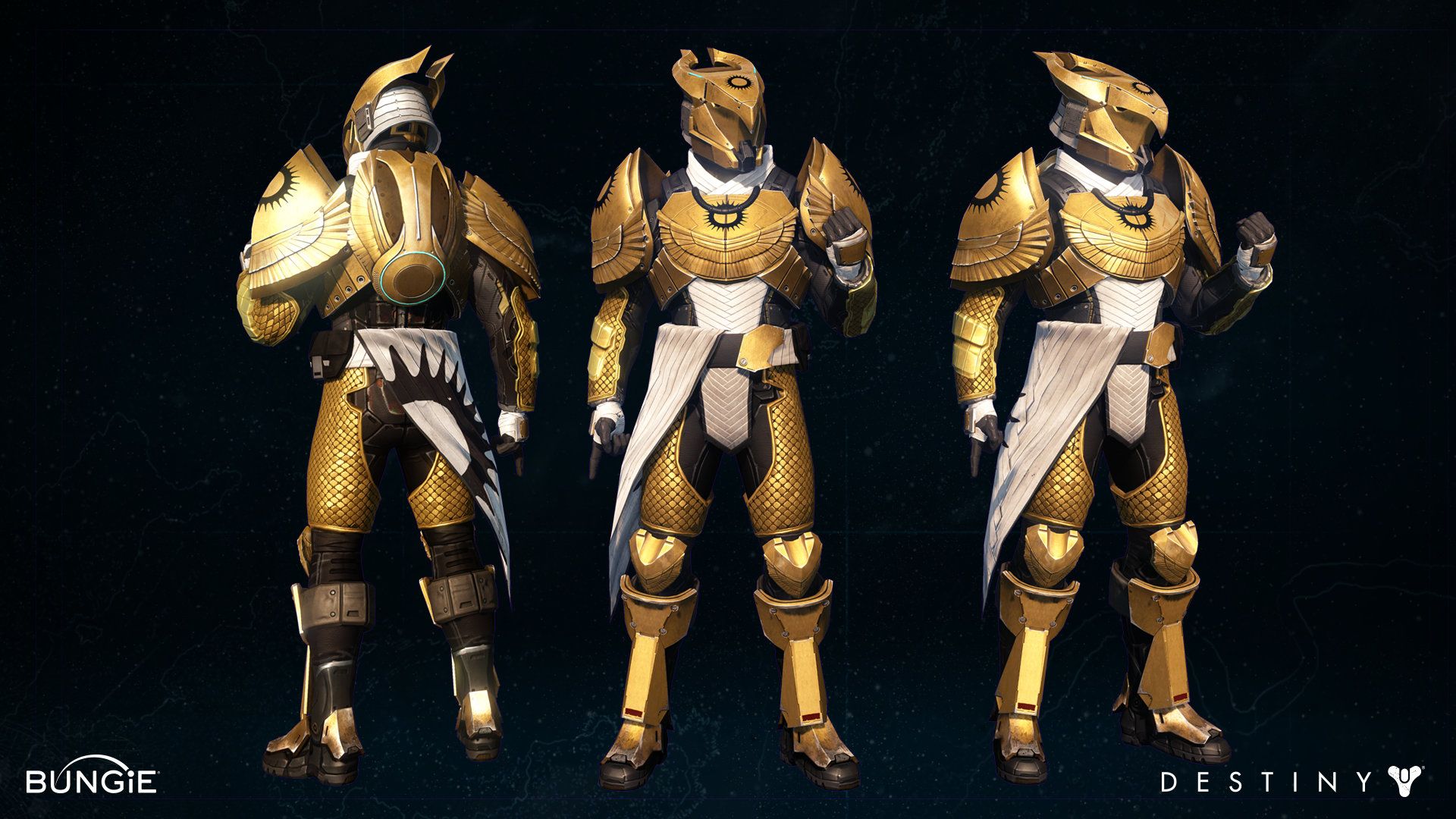 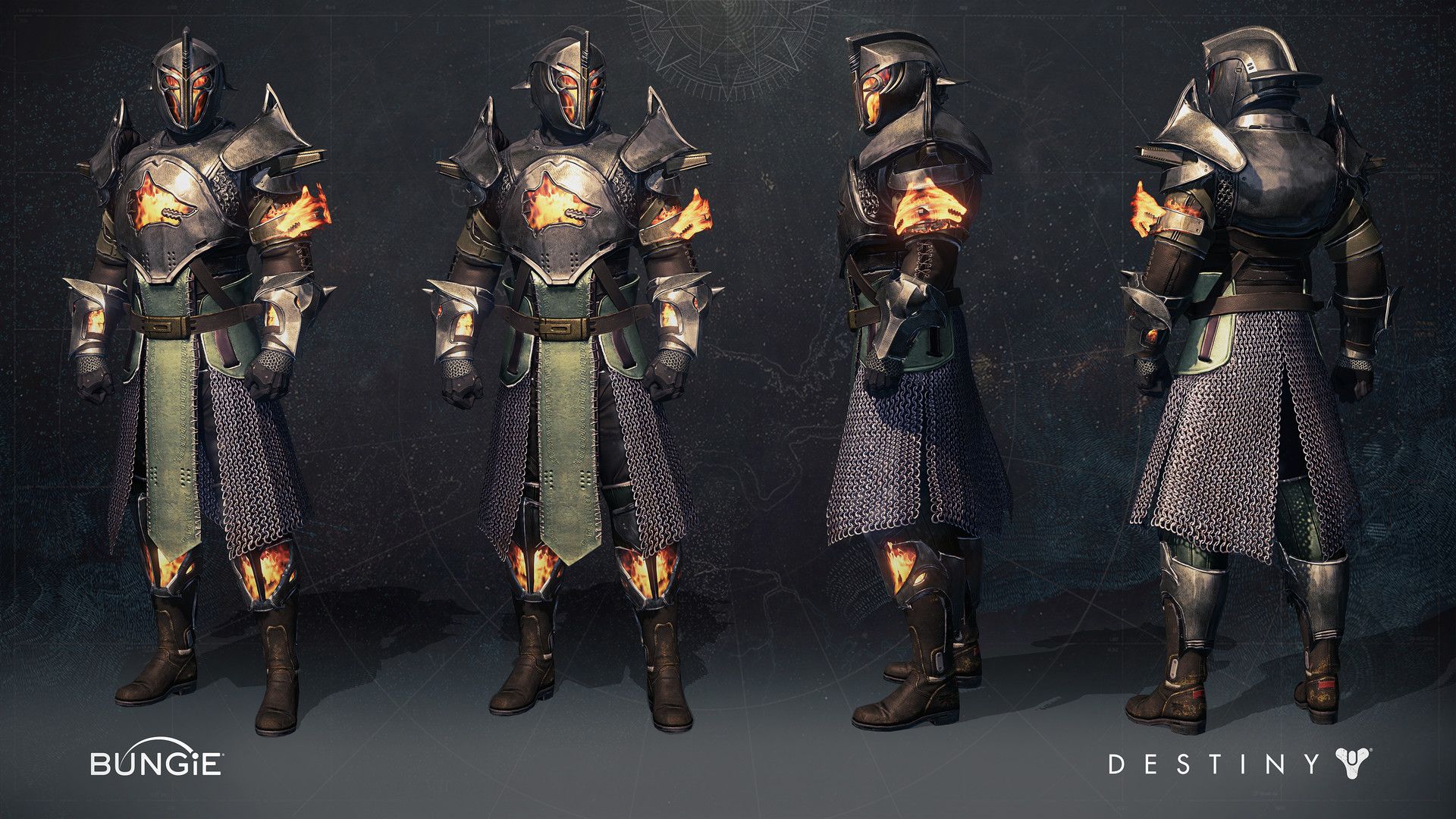 Destiny 2 has a handful of interesting locations, but once again, there is nothing to explore with nothing to do. The game is hardly an RPG when compared to titles like The Witcher or Elder Scrolls. The scenery is gorgeous, something Destiny as a franchise always had going for it. But unfortunately, none of these locations offered any mystery or uniqueness to it. Instead, the same handful of enemies will always be found in the exact same spots with nothing rewarding to offer when they are defeated. There are a few missions that D2 has, such as the Whisper and Outbreak missions that were incredible accomplishments, but those two missions aside are not enough to make D2 better than D1.

Recently this season, Bungie added in a Battle Pass (just like Fortnite’s) where players can grind through 100 levels to earn various materials, consumables, and a few other items along the way. This costs extra, and only adds to give players visibility on what they are working towards. Unfortunately, not much is worth it, but this is sort of left at the perspective of the individual player. I don’t hate this addition, but it’s just not done in a way that I feel is all that rewarding. However, it is the only activity in the game that guarantees the respect of the player’s time and dedication towards an otherwise fruitless grind, but that is sort of all that Destiny 2 has become.

The only thing new that D2 added were new locations to shoot things and a handy ledge-grab mechanic, and coming to PC for better performance. Beyond that, Destiny 2 suffered just as much, if not more than D1. And while you are probably thinking that this isn’t exactly true, I would say that it is on the account that Bungie had all the opportunity to learn from D1 but still made the same mistakes. They shouldn’t have happened in D2. Static Rolls and the overwhelming abandonment of features and activities that players loved is baffling. And at this pace, I think I have once again given up on Bungie and Destiny 2 as neither will be the developer/publisher or the game that I want them to be. Maybe in D3…

Bungie Confirms Cross-Play is Coming to ‘Destiny 2’ in 2021