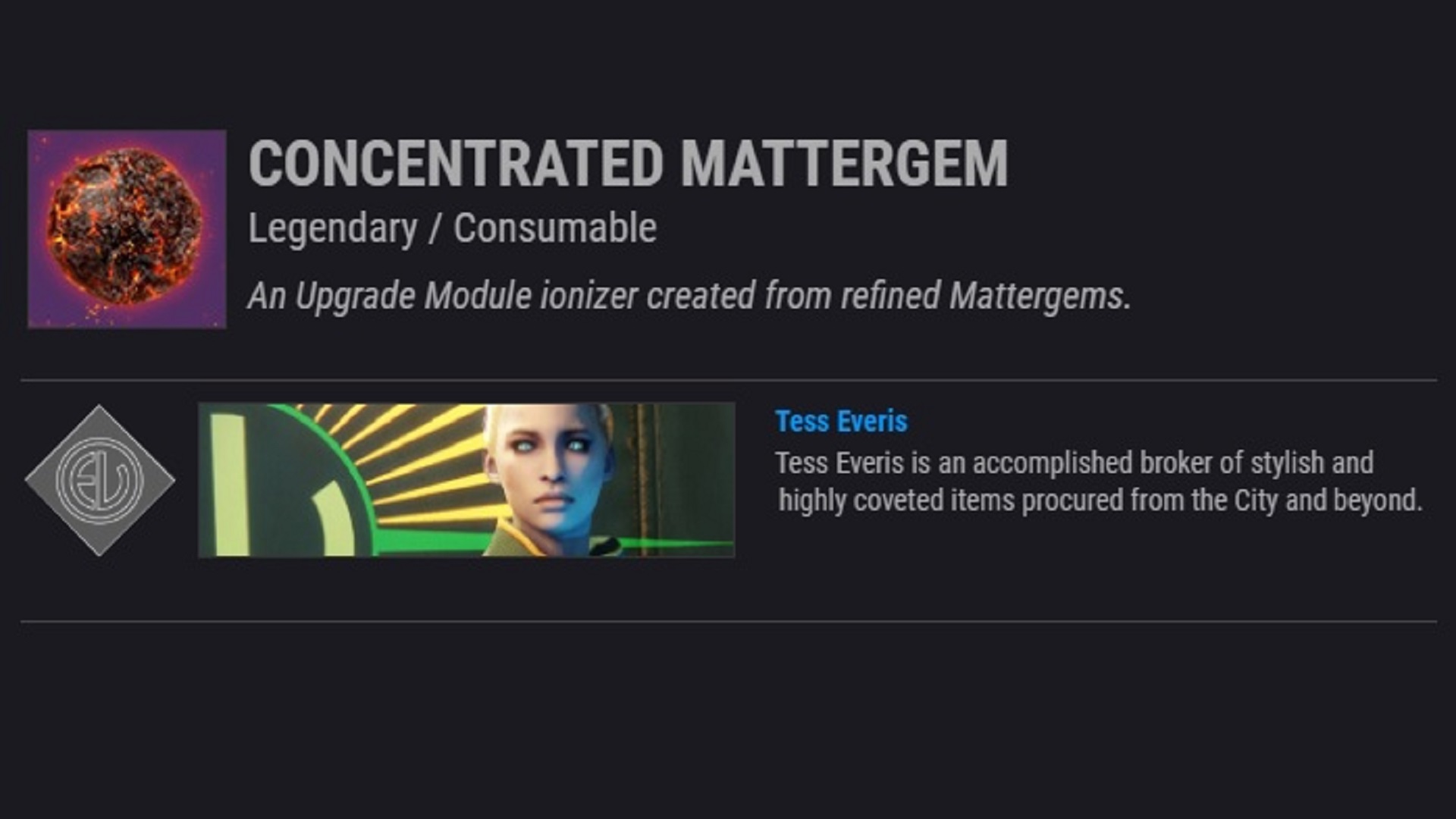 Destiny’s ‘Season of Dawn’ just became available only hours ago, and with that comes a variety of new loot to earn and activities to play. However, the community has recently discovered that Bungie has slipped in a new power-boosting consumable that can technically be bought indirectly by paying money through microtransactions.

It is called the ‘Concentrated Mattergem‘ (highlighted in red below), a consumable that is only available through Eververse for 200 Bright Dust. Once used, this consumable guarantees the drop of an Upgrade Module, the material needed to upgrade/infuse your gear to be more powerful, upon defeating a strong enemy.

Apparently, Bungie is hard at work trying to deplete as much of the Bright Dust from the player inventory in order to drive the community to purchase more Silver to pick up season items. The fear of missing out, or ‘FOMO’ as it is referred, is something that Bungie has been known for and heavily criticized over throughout Destiny 2’s lifespan. But why is this becoming an increasingly bigger problem?

It is true that you can’t purchase Bright Dustdirectly. But now you can buy Silver, trade it in for the new Seasonal Engrams, be rewarded with Bright Dust, and use that to purchase Concentrated Mattergems. Rinse and repeat. Players boost super quickly and Bungie makes bank. But still, what is the big deal? First off, Bungie never mentioned that this was coming, especially when they had the chance to in their most recent TWAB blog post.

Let’s take a better look at this and discuss why this is an ongoing and increasingly pressing issue.

A new consumable is available in Eververse for 200 Bright Dust, the Concentrated Mattergem.

Just five days ago, Bungie posted their weekly ‘TWAB’ on December 5th, a post that highlighted upcoming changes to the Bright Dust and Eververse debacle that many in the Destiny community are getting more and more worried and aggravated about. Here are the highlights from this section:

Notice how there is no mention of this new consumable? That is because Bungie carefully crafted what we wanted to hear by stating that more items would be directly purchasable through Eververse with Bright Dust and that more of it would become available through new and repeat bounties. Nowhere in their weekly blog posts does it mention that there would be a consumable that can be purchased with Bright Dust that rewards the player with an Upgrade Module, an item that allows them to infuse or boost up the power of their gear. This is just another way for Bungie to deplete your Bright Dust reserves and pressure you to buy Silver for the items you want before they are gone.

For anyone who plays Destiny 2 since the introduction of the new material economy, they know that the Upgrade Module is a very rare item with only a couple available to the player on any given day through scarce bounties. This item is a necessity for the power climb and to infuse useless gear into the items that players prefer.

So what? Don’t buy it if you don’t like it. Sure, you can say or think that. But is that going to stop players from buying it? Of course not. Naive and ignorant players are going to take advantage of this now and for those that have the money and don’t care about how much they spend are just going to boost their characters as quickly as possible. Which is what Bungie wants and exactly what they expect.

Over on Reddit, users are already starting to highlight the shadiness of Bungie’s choices on the subject, especially since Bungie clearly avoided mentioning it sooner to avoid player backlash.

Did You Know About Yuna?

While you may still be thinking that this situation is not pay-to-win, remember that various activities rely on power level, not just in the PVE but also in the PVP environment. So if you want to win, you need these Upgrade Modules. And if you are still not convinced, I should remind you that Bungie has a vendor by the name of Yuna, who is only available exclusively on the Asia servers, that sells exotics on rotation for real money.

Bungie is going to continue to pressure players to buy items for more money, oftentimes relying on the unique and impressive designs of new seasonal Eververse items while the rest of the season gets reskinned items to earn through regular gameplay. And this is on top of the Season Pass that players have to pay for.

At this point, I was already furious that Bungie moved the majority of Exotic Cosmetics to Eververse while leaving difficult activities behind to reward nothing unique or exciting- a major departure from the rewards of Strikes and Nightfalls from Destiny 1. And you may think that we are not in pay-to-win territory just yet, but unless the community is more vocal about it, Bungie will keep pushing it until we get there as they see no issue with being predatory towards the customers and loyal fans that support them.

Season of Dawn just kicked-off earlier today. Play at your own risk. 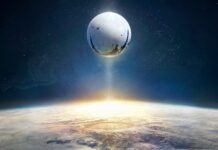 As a Franchise, Destiny Will Never Become What I Want it to Be (Opinion)

Destiny ‘Season of Dawn’ Sees the Return of Saint-14, Osiris, and Sparrows Finally on Mercury 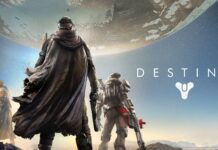 Destiny 1 Wasn’t Perfect, but it Ended in a Better Place than Where D2 is Right Now (Opinion)